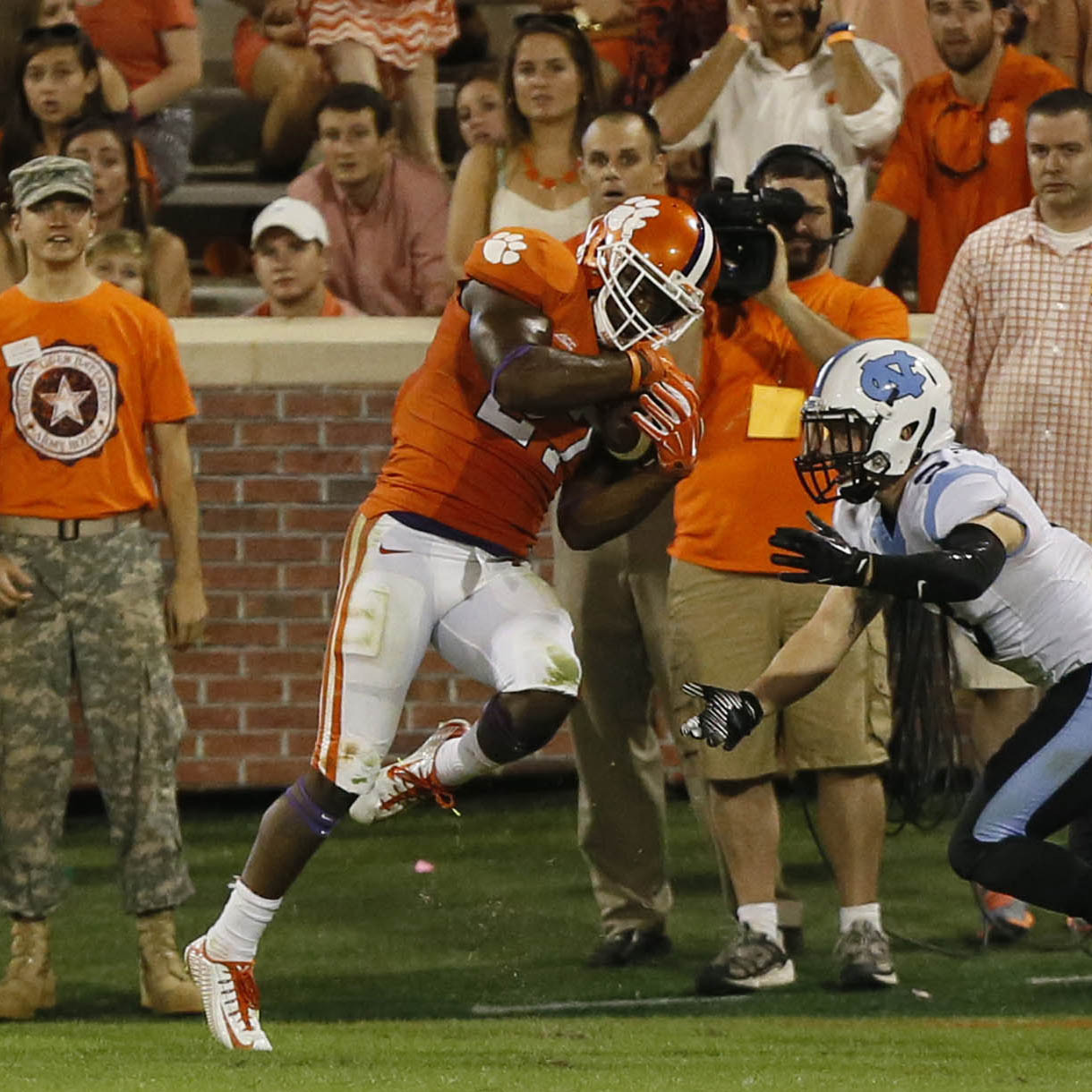 Note: Each Tuesday, we examine two storylines heading into the upcoming game. The Tigers host Syracuse on Saturday at 7 p.m. for Homecoming.

One of the least publicized players on Clemson’s renowned defense is senior safety Robert Smith. The man Dabo Swinney calls a “pro” doesn’t receive nearly the fanfare of the players that make up the Tigers’ vaunted front seven.

Smith doesn’t possess the size or speed of his counterpart Jayron Kearse, but what he lacks in stature, he more than makes up for with his preparation in practice and in the film room.

And beyond his studious approach to the game, Smith has a great sounding board within his extended family. Tye Hill, an All-American cornerback and former first-round NFL Draft choice for the Tigers, is a cousin on Smith’s mother’s side. Smith said he’s in touch regularly with Hill, now retired in the greater Atlanta area.

“He calls when he can, but he’s a busy guy,” Smith said. “After the Louisville game, he got in touch with me. He knows my goal is to make it to the NFL, so he’s always reminding me to play stress free and have fun.”

Smith’s senior season has been mostly fun, with the exception of a first-quarter injury suffered last week at Boston College. Despite not returning against the Eagles, Smith estimated he was feeling 85 or 90 percent Tuesday, and that he’d be in the lineup Saturday when the Tigers take on Syracuse.

That’s good news for Clemson fans, who have seen the Tigers post the nation’s No. 5 total defense (282.7) through seven games. A veteran unit featuring 10 contributing seniors, Smith believes the 2014 defense could go down as one of the school’s best and most talented groups.

“I was just saying to someone the other day, ‘It would be awesome if this was the most players off a Clemson defense to make it to the NFL,’” he said. “That’d be something to put us at a higher standard. Every time you turn on the TV now, you see Clemson players in the NFL. It happened again last night, so we’d love to keep setting another standard around here.”

On Monday, offensive coordinator Chad Morris said quarterback Cole Stoudt had to continue to work through his continuity with his wideouts, in particular sophomore Mike Williams.

If Saturday’s game against Boston College was any indication, Tiger fans could be in for an early Halloween treat this weekend. Williams caught eight passes for 128 yards, including a clutch 32-yarder on third-and-long with the Tigers trailing in the fourth quarter.

“All week long, we threw extra balls with each other just trying to get that connection back,” Williams said. “We had Deshaun (Watson) in the lineup a few weeks, so Cole and I had to get back on the same page. On that third down, he looked at me and I looked at him, and I figured he was coming my way.”

Williams said on the play he had the option to run a comeback route if the defender lagged off him. When he saw press coverage from BC, he simply ran past the cornerback to make the catch in front of the Tiger sideline.

Williams is challenging the Clemson single-season mark for yards per reception, given a minimum of 20 catches. Glenn Smith set the benchmark way back in 1950 with 498 yards on 22 catches (22.6 average per catch), but Williams is not far behind at 22.4 yards per reception. He has more receiving yards through seven games (671) than this year’s No. 4 overall draft pick, Clemson All-American Sammy Watkins, did at this time last season.