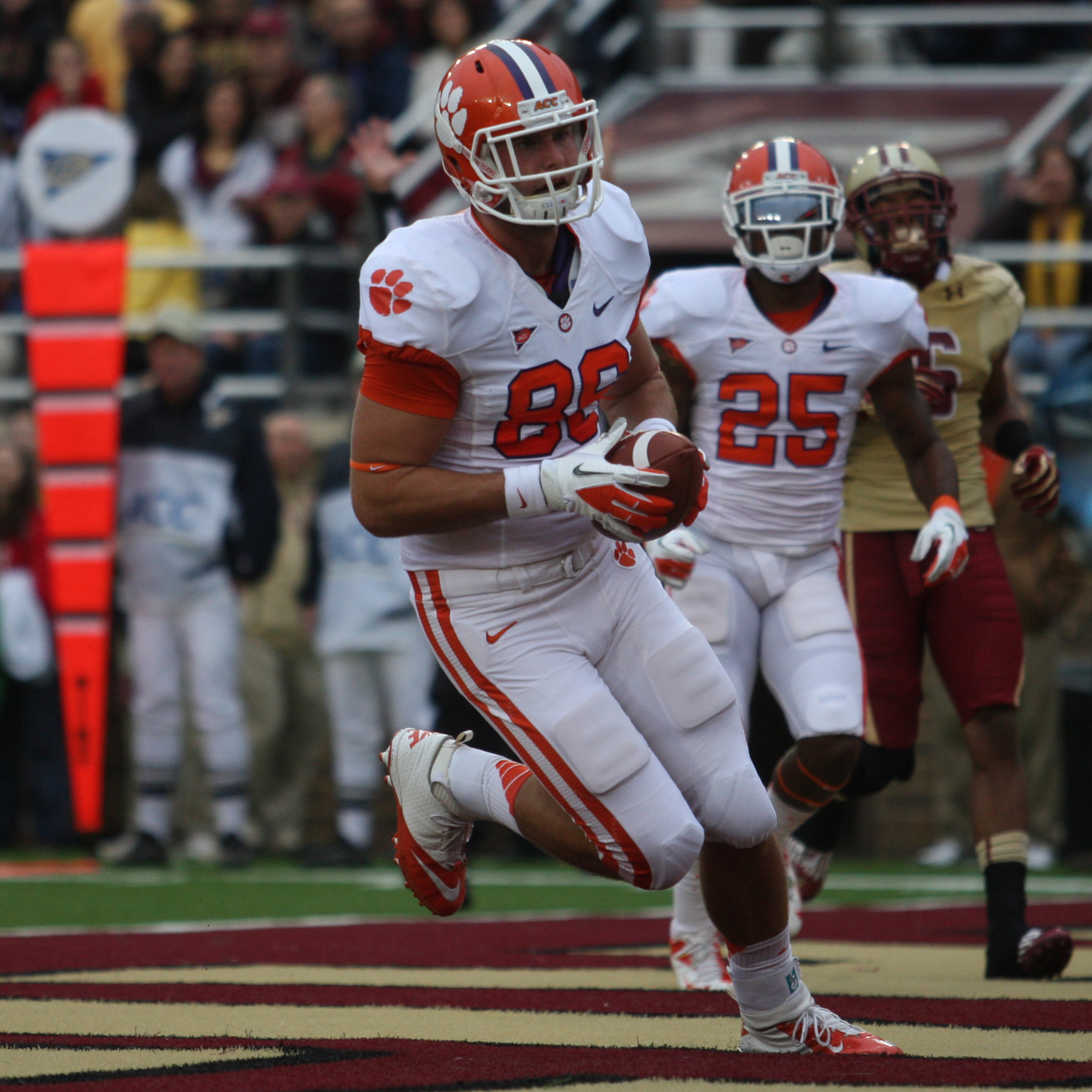 Note: Each Tuesday, we examine two storylines heading into the upcoming game. The Tigers take on Louisville on Saturday, Oct. 11 at 3:30 p.m. in Memorial Stadium.

No one player is more excited to be back on the field than tight end Sam Cooper. Arguably the team’s best run blocker at the position, Cooper missed the first four games of the season due to a broken fibula.

The senior leader returned to action this past Saturday, logging 14 snaps in Clemson’s 41-0 win over NC State. He expects to see more and more action as he gets back in the groove of playing.

“Frustrating isn’t the right word,” Cooper said of his injury. “Obviously suffering an injury that took me out of a few games my senior year is not what I wanted, but football is a crazy game, we all know that.”

With Cooper back in the fold, the Tigers are coming off one of their best efforts running the football all season. Clemson amassed 226 yards on 50 carries. Cooper’s presence was not lost on his coaches, either.

“It was great to have Sam back out there on Saturday,” said offensive coordinator Chad Morris. “It was really good from a mental standpoint with our tight end group as a whole. He is a leader, and they all played better with him out there on the field.”

Brent Venables’ defense is coming off its most thorough effort of the season. The Tigers dominated every statistic imaginable en route to the program’s first shutout of an ACC foe since 1998.

But Venables was quick to point out that while there were many positives coming out of the game, there were also some issues his unit needed to work on this week in practice.

“If you want me to list mistakes, I’ve got a couple of them,” he said. “We let their quarterback scramble around and had some mistakes with the run game. Those things have to be cleaned up.”

It was Clemson’s defense that was cleaning up Saturday against the Wolfpack. NC State, which entered the game among the ACC’s leaders in total offense and scoring offense, was held to just 154 yards and 4-for-19 in the passing game.

“Confidence is real high,” said defensive end Corey Crawford. “The game was big for our momentum. We showed that we could play all four quarters. We played to the Clemson standard. When we don’t beat ourselves, we can be pretty good.”

The Tigers hope to continue to be pretty good this coming Saturday against Louisville. The Cardinals enter the contest 5-1 on the season, and are coming off a 22-point win on the road over Syracuse.