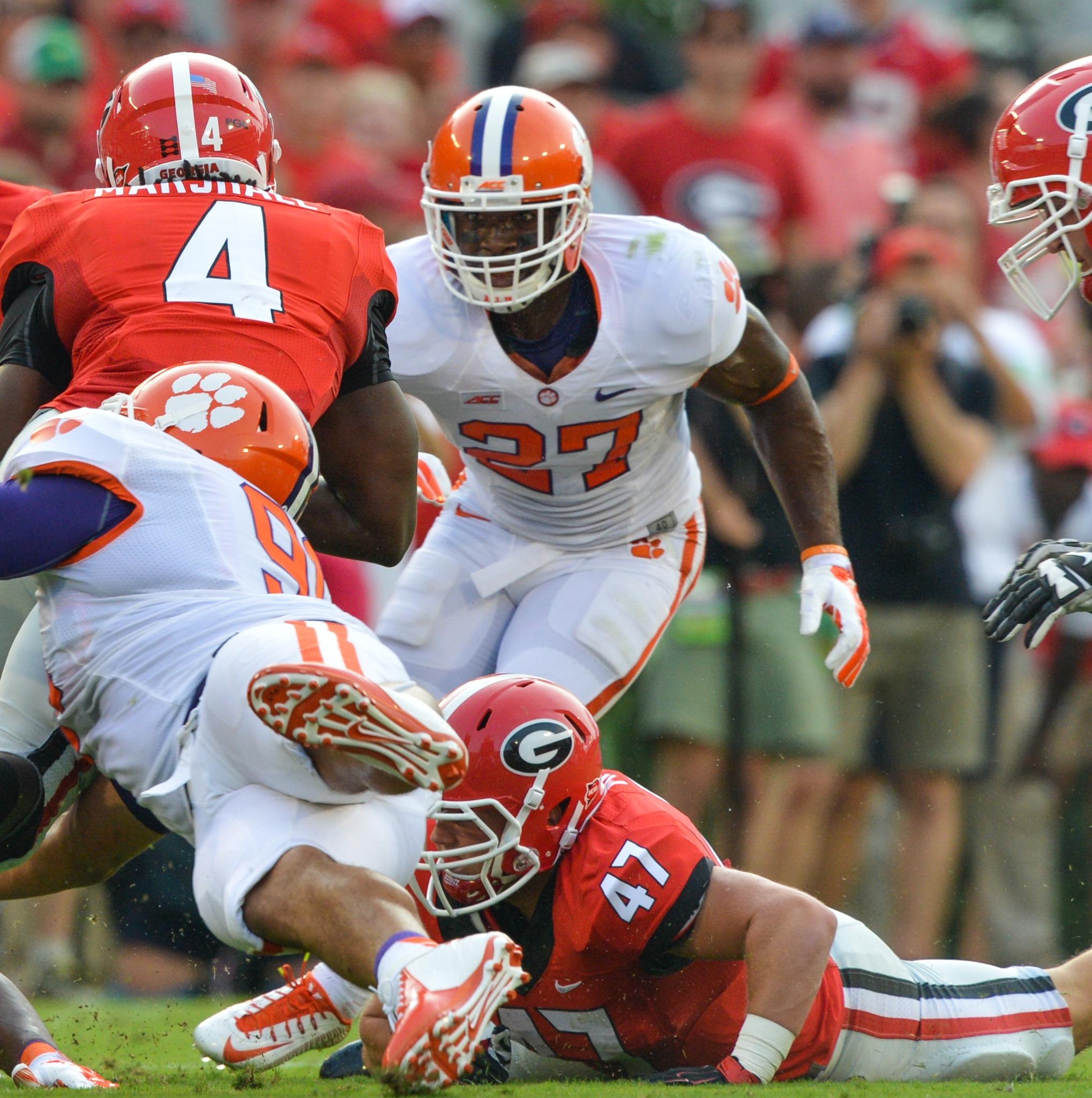 Note: Each Tuesday, we examine two storylines based on the week’s matchup. Clemson plays No. 1 Florida State in Tallahassee on Saturday at 8 p.m.

Without a doubt, the biggest storyline coming into Saturday’s game at Florida State is how the Tigers will fare against Heisman Trophy winning quarterback Jameis Winston. Last year, as a redshirt freshman in Memorial Stadium, Winston threw for 444 yards and led a Seminoles offense that put 51 points on the board.

Standing 6-foot-4 and 230 pounds, Winston is a physical presence at the quarterback position. But beyond his stature in the pocket, defensive coordinator Brent Venables and tackle Grady Jarrett both said Winston’s eyes are constantly downfield, and that makes him such a threat on any given play.

Robert Smith, the lone returning starter from Clemson’s 2013 secondary, believes containing Winston and his talented supporting cast is just as much a mental exercise as it is physical.

“They’re a great team, and they’re the defending national champions,” Smith said. “There’s going to be some adversity. The key is how you fight through it. If adversity strikes, you have to get up and respond.”

Head coach Dabo Swinney believes his defense’s focus should come down to one thing.

“Contest plays, simple as that,” he said. “They threw a hitch for four or five yards and it went 72 yards for a touchdown. We have to play with more confidence and make better tackles in space.

“At the end of the day, the guy won the Heisman Trophy for a reason. He’s a great player. For a redshirt freshman to walk into Death Valley and play like he did in that environment, you tip your hat to him. You know what? He did it all year to everybody he played.”

One of the questions surrounding Saturday’s game from members of the media has focused on whether or not the Tigers will try and slow their pace offensively to keep the Seminoles’ skill players off the field.

“Only when we’re milking the clock,” he said. “Other than that, we are who we are. Our players are comfortable playing at that type of pace, so we won’t change who we are.”

One such player is senior wideout Adam Humphries, who said Tuesday that Morris’ hurry-up, no-huddle approach is part of the offense’s DNA.

“Our offense has been proven, and we know we can do it in big games,” he said. “We won’t change anything we do; we just game plan for each opponent. We keep our tempo the same.”

Humphries did note than when playing such an up-tempo style, it’s equally as important to know how to prepare for a big game and not get so amped during warmups that it affects the team’s play. That’s especially the case for this year’s team, which incorporates a lot of young players at the skill positions.

“Your mind is moving 100 miles an hour, with the pace we play at,” he said, “so you have to stay focused on the details and the fundamentals that got you here.”