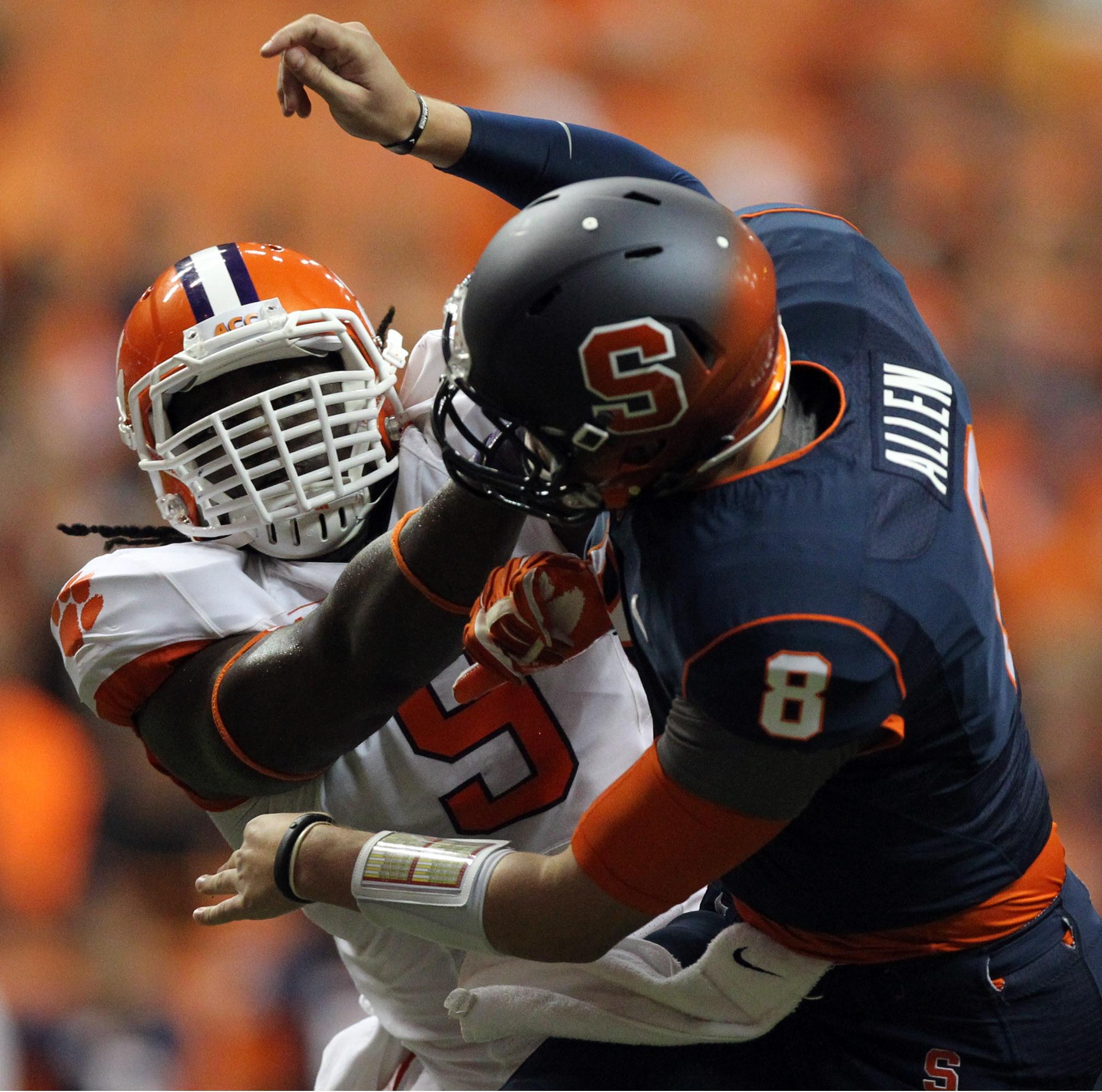 Head coach Dabo Swinney held his first weekly press conference Tuesday, signifying yet another unofficial start to the 2014 football season. Defensive coordinator Brent Venables and more than half a dozen players followed in the WestZone, making for a busy atmosphere as the Tigers prepare to take on No. 12 Georgia on Saturday.

In our first installment of “Two for Tuesday,” we take a look at two defensive storylines as the Tigers and Bulldogs prepare to do battle between the hedges.

Tavaris Barnes sat outside the second floor WestZone elevator Tuesday, listening to music between classes. The fifth-year senior is preparing for his second career start Saturday, his first in enemy territory.

One mention of Saturday’s game brought a wide grin from ear to ear for the Jacksonville, Fla., native. But he was also quick to point out that complacency early in his career cost him more opportunities like the one he has Saturday.

“My first few years, I wasn’t committed at all to being my best – the stuff Coach Swinney preaches all the time,” he said. “I’m finally seeing the best outcomes since I’ve been here, in drills and everything else. Hard work pays off.”

It paid off in the spring when Barnes set an Orange & White Game record with five sacks. It’s that type of performance his teammates hope to see out of the well-respected member of Clemson’s formidable defensive line.

“Tavaris has played a lot of football, so it’s not like it’s his first time seeing the field,” said starting tackle Grady Jarrett. “He had a great spring, summer and fall camp. He just has to go out there and do his thing; he’ll be ready.”

Saturday’s game holds a special place in the minds of at least 19 players … the ones that call the Peach State home.

Jarrett, one of Clemson’s leaders, is one such player. The Conyers native knows Saturday’s opener takes on even more meaning, but said it can’t deter the team from its mission.

“To play at Georgia is special for me, since I’m from Georgia,” he said. “We’ve prepared hard for it, but they’re a complete team. We have to be ready.”

Jarrett was a big contributor in last year’s 38-35 win in Death Valley. He posted eight tackles and three quarterback pressures in 46 snaps. He’ll be facing a new quarterback this time around in Hutson Mason, one the Tigers shouldn’t sleep on according to Venables.

“He’s experienced and makes good decisions,” Venables said. “Not only that, he’s mobile and can make all the throws. We’ll have to be disciplined.”