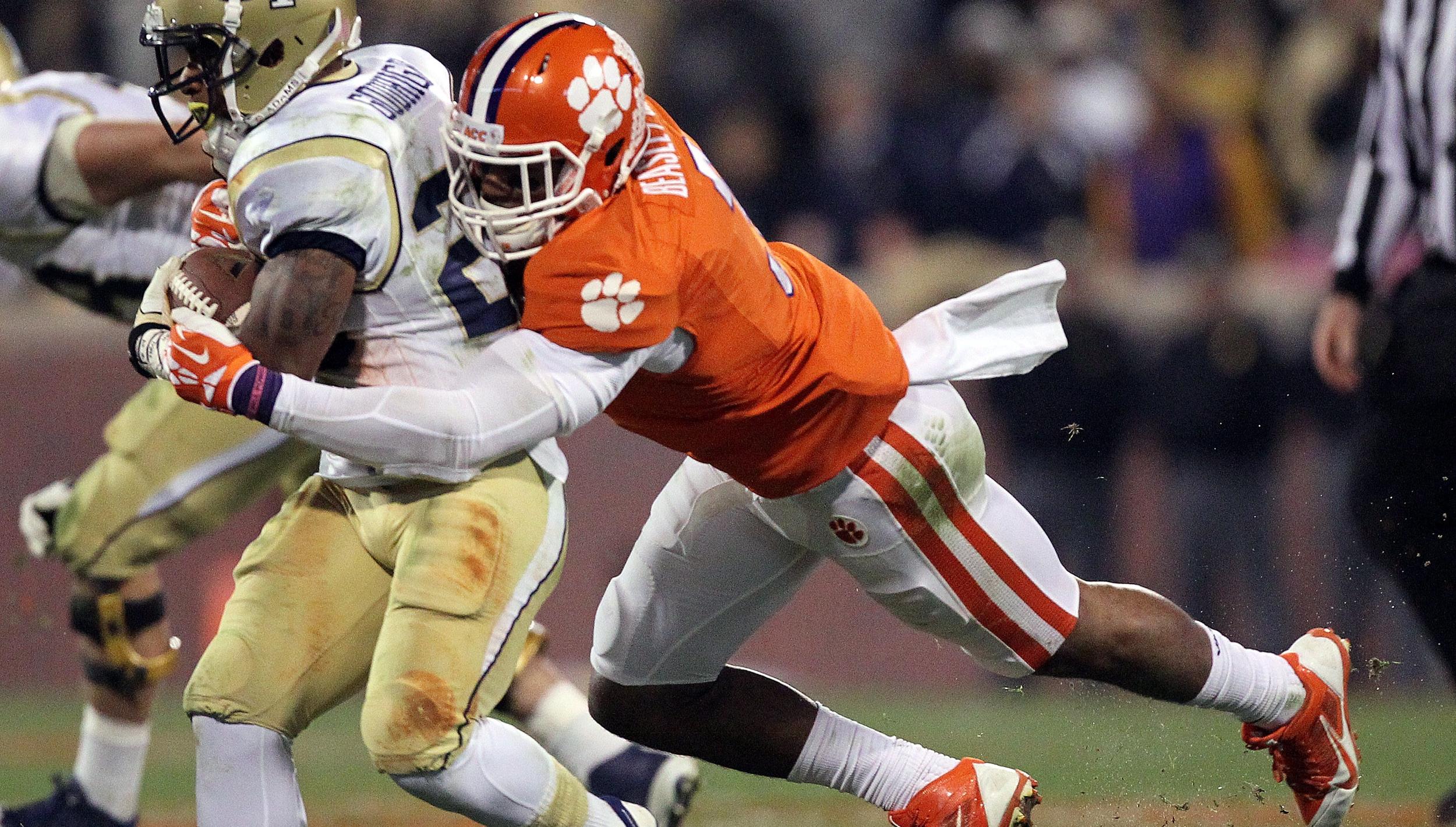 Watkins received more first place votes than any other player with 63 out of the 65 cast. The ACC head coaches will release their All-ACC team next week.

This is the first year the ACC has selected three all-league teams. The decision was made when the league went to an all-time high 14 teams for football.

Watkins ranks 11th in the nation and leads the ACC in receiving yards with 1237 so far this season.  He also has 10 touchdown receptions on his 85 receptions.  He needs just four receptions in Clemson’s bowl game to break Aaron Kelly’s record for a season in terms of total catches.

Watkins was a first-team All-ACC selection in 2011 as a freshman. The native of Fort Myers, FL is a finalist for the 2013 Biletnikoff Award, which is given to the outstanding receiver in college football.

This is the third consecutive year Boyd has made first or second-team All-ACC.  He is the first quarterback in school history to be named All-ACC three times.  So far this year Boyd has completed 252-373 passes for 3473 yards and 29 touchdowns.

Boyd is a finalist for the Johnny Unitas Award and the Manning Award, honors presented to the top quarterback in the nation.

Thomas helped the Clemson offense average over 40 points and 500 yards per game this year.  A first-team All-ACC selection last year, Thomas has started 35 consecutive games and has 96 career knockdown blocks.

Breeland ranks fourth in the ACC in interceptions with four and is fifth in passes defended.  He leads the Clemson defense in both categories.  The Tigers are ranked 16th in the nation in pass efficiency defense, 19th in scoring defense and 17th in interceptions.

McDowell ranks third in the ACC in rushing with 956 yards and has scored five touchdowns.  His 5.4 yards per carry figure is fifth in the ACC.  He averaged 101 rushing yards per game against top 25 teams this year, 15th best in the nation.

Shatley has been a letterman on both sides of the line of scrimmage and has started each of the last two seasons for a record setting Clemson offense.  He has led the Clemson team in knockdown blocks this season.

Anthony and Shuey are Clemson’s top two tacklers this year.  Anthony, a junior, has 120 tackles, including 13.5 tackles for loss for year, while Shuey has 110 total tackles.  Catanzaro has made 13-14 field goals this year and is the team’s leading scorer with 95 points.  He has an even 400 for his career, second in ACC history.

Bryant averages 20.5 yards per reception this year, fourth best in the nation, as he has 39 catches for 800 yards.  Jarrett is third on the Clemson team in tackles with 77, 10 of which have been tackles for loss.