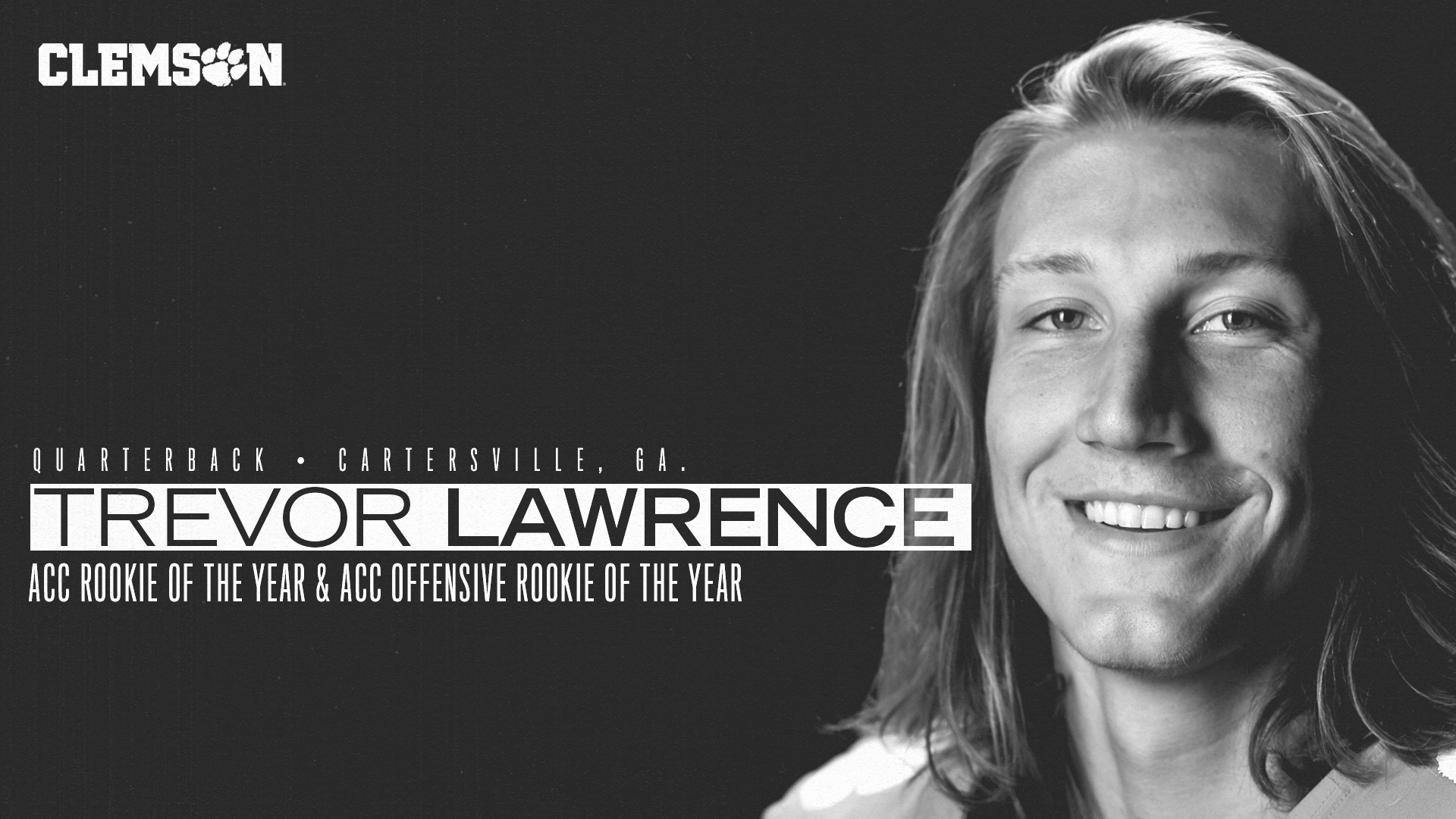 GREENSBORO, N.C. (via theACC.com) – Clemson freshman quarterback Trevor Lawrence has been selected as the 2018 Atlantic Coast Conference Rookie of the Year.

Lawrence led the way in balloting among a select panel of 46 media members and the league’s 14 head coaches. Syracuse safety Andre Cisco received the nod as the 2018 ACC Defensive Rookie of the Year.

Lawrence, who was also honored as the ACC Offensive Rookie of the Year, has held a steady hand since taking the reins as Clemson’s starting quarterback, helping to guide the three-time defending ACC champions to an unbeaten regular season, a fourth-straight Atlantic Division championship and a No. 2 national ranking.

A five-time ACC Rookie of the Week, Lawrence has thrown for 2,488 yards in his freshman season, and the Cartersville, Georgia, native’s 22 touchdown passes are tied for the ACC lead. Lawrence has thrown for at least 300 yards on three occasions, and his 393 passing yards in the regular-season finale against South Carolina were the most by a Clemson quarterback in the series’ 116-game history.

With a bowl game still remaining on Syracuse’s schedule, Cisco’s seven interceptions are tied with Boston College junior Hamp Cheevers for the national and ACC lead, and stand just one shy of the Syracuse school record of eight that has stood since 1971 . Cisco’s 16 total passes defended ranks second among all ACC players and are a Syracuse true freshman record.

Cisco and his backfield mates have helped the Orange lead the ACC in turnover margin at plus-14 for the season. In addition to his Defensive Rookie of the Year honor, Cisco was also voted 2018 First-Team All-ACC.

ACC Rookie of the Year voting: