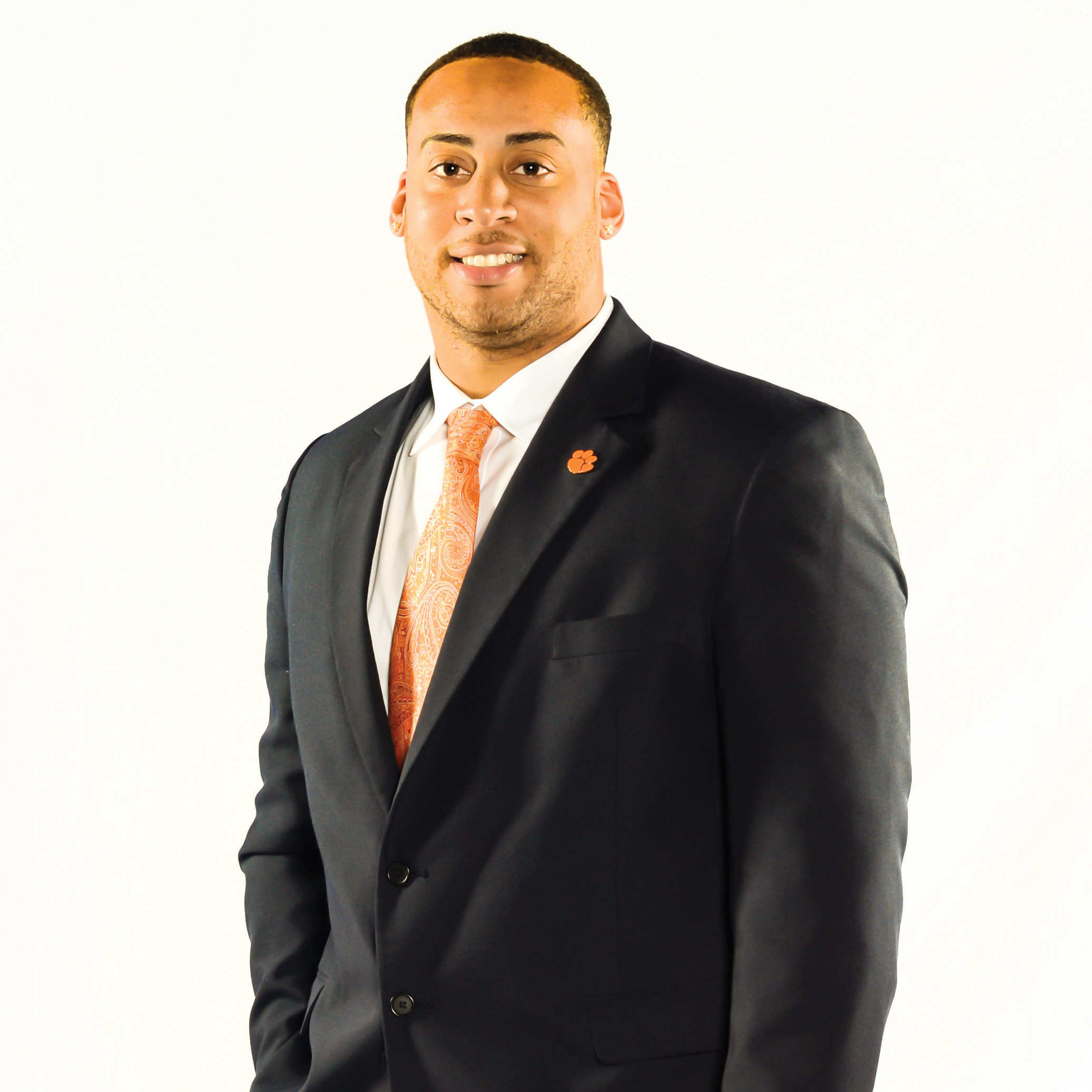 As a defensive tackle on one of the nation’s most decorated defensive lines, Josh Watson is certainly no stranger to competition or hard work. If there’s anything Watson has learned playing on the Tigers’ defensive line, it’s that there is never a lack of competition.

“It’s been a great experience being here,” said #91. “I remember coming in here four years ago as a young buck not knowing anything.

“I had some older guys who took me under their wing and I progressed and got better each year. It’s cool to see how far I’ve come and the rest of the defensive line has come.”

His path getting onto the field was not easy. A native of Wilmington, Del., Watson did not have offers from many colleges during his senior year at John Dickinson High School.

Determined to play at the next level, Watson enrolled at Hargrave Military Academy in Chatham, Va., a prep school that many prospective college athletes attend in order to improve their athletic abilities.

It was there that Watson honed his skills on the field in the hopes of getting looks from more schools. For Watson, it was almost like rebuilding his football resumé from the ground up.

By the end of the season, Watson was rated as one of the nation’s top defensive tackles in prep school, and Clemson was one of many schools to take notice.

“Going into Hargrave, I was fourth-string on the depth chart, so I had to work my way up,” stated Watson. “I ended up with over 30 offers and beating out guys who already had offers and were committed.

“But when I came here, it was a rude awakening. It was a little different than high school and prep school.”

After redshirting as a freshman, Watson’s fight would continue, as he developed his game while sitting behind the likes of future NFL defensive linemen Da’Quan Bowers, Andre Branch, Malliciah Goodman and Brandon Thompson.

Watson also competed day-in and day-out for playing time with fellow talented freshmen like Grady Jarrett and DeShawn Williams. Watson finished his freshman campaign in 2011 with two quarterback pressures in just 21 snaps over five games off the bench, flashing his ability as a future staple along the defensive line while earning a place on the ACC Academic Honor Roll.

Through it all, Watson worked at a loaded position with talented players looking to see the gridiron. He credits the veterans for showing him the ropes.

“I had to wait my turn behind some talented players who are in the NFL right now,” said Watson. “They always gave me encouragement and they showed me the ropes, and that helped me get better and better.”

Entering his sophomore season in 2012, Watson showed the fruits of his labor from Hargrave and a full offseason. He was disruptive all season long, finishing with 54 tackles (most on the team among defensive linemen), 3.5 tackles for loss, three sacks, a team-high 12 quarterback pressures, four pass breakups, a caused fumble, recovered fumble, and blocked kick in 461 snaps over 13 games (nine starts).

After a productive sophomore year, Watson did not plan on slowing down and put forth perhaps the most work he had of any offseason to prepare for an even better junior season. Unfortunately, he did not have the kind of season he expected of himself. And considering he was set to graduate with a degree that winter, he was prepared to hang up his cleats and actually announced his intentions to leave the team early despite having eligibility remaining.

As one of the older defensive linemen at Clemson at age 24, the process was starting to become physically and mentally draining for Watson.

“When you’ve spent four-and-a-half years playing and you’re so far away from home, I didn’t get a lot of chances to go home, and I never really wanted to,” admitted Watson. “I was always here, doing extra work, essentially burning myself out, never giving my body time to rest.

“I’d thought that since I graduated next December after my junior year, I might want to think about leaving then. But I didn’t have the season I wanted to have.”

Just five days later, Watson decided to return after consulting with the staff and his mother. He believed that staying to finish his eligibility was the best course of action for his future.

“Jeff Davis was actually the one who talked me into coming back, and I’m really thankful that he did. It’s been the best decision I’ve made and it’s been a great year. It’s the most fun I’ve ever had playing football.”

Watson’s decision to return bolstered a defensive line that has helped make Clemson’s defense one of the nation’s best. This season, he has 44 tackles, 3.5 tackles for loss, 1.5 sacks and four pass breakups. He is tied for seventh on the team in tackles and tied for second among defensive linemen. He has done that while playing less than 25 snaps per game.

“We understood what Josh was going through last year, but we really wanted him to come back,” said Head Coach Dabo Swinney. “He has been a big part of what we have accomplished from a defensive standpoint this year. He is capable of playing at the next level.”