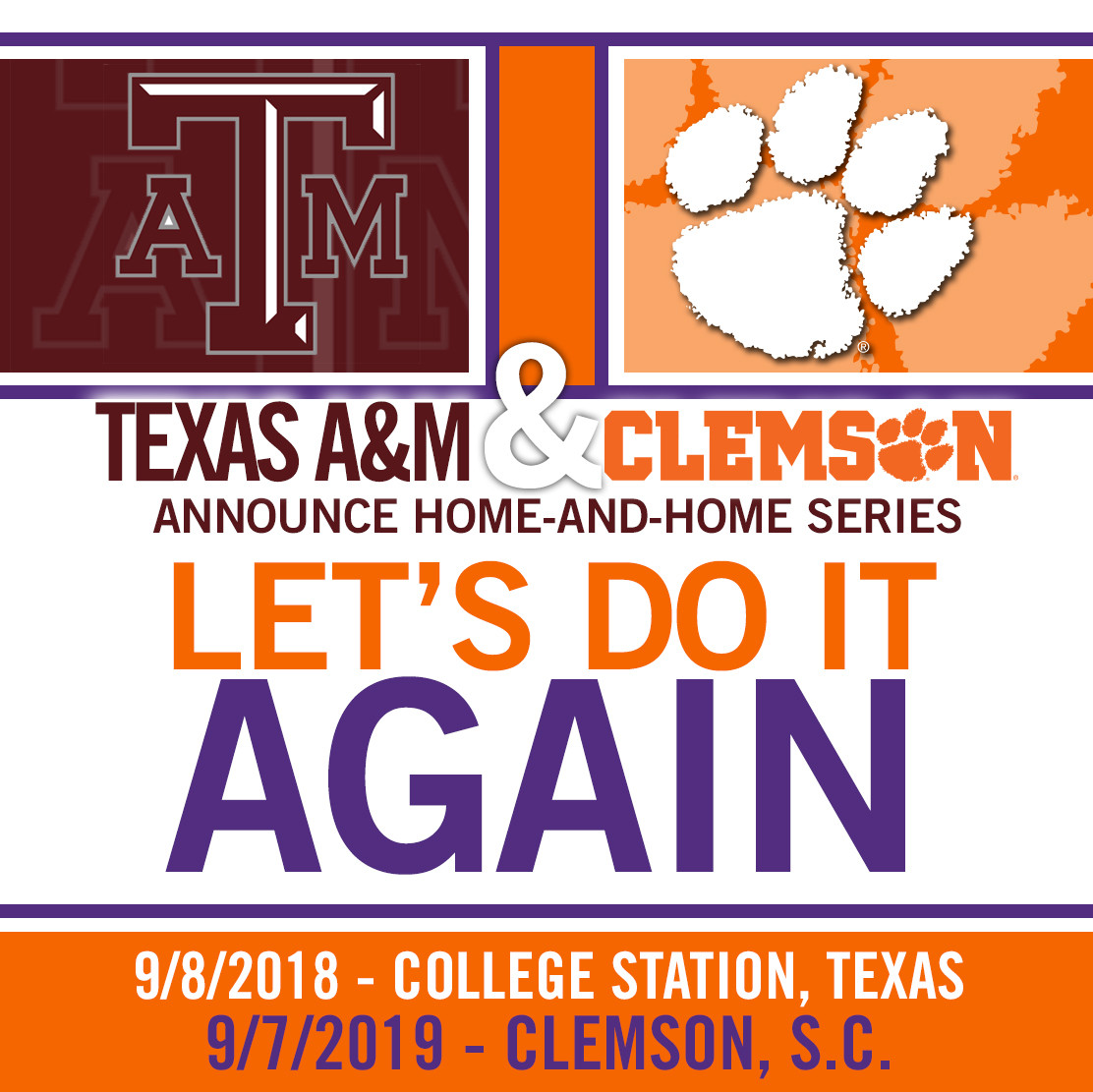 Clemson, S.C.—Clemson and Texas A&M have agreed to a two-game series that will be played during the 2018 and 2019 seasons.  Both schools made the announcement Thursday night. Clemson will travel to Texas A&M for a contest at Kyle Field in College Station, Texas on September 8, 2018, while the Aggies will come to Clemson’s Memorial Stadium on September 7, 2019. “We are looking forward to playing Texas A&M as the two schools share a rich military heritage and of course passionate fan bases,” said Clemson Director of Athletics Dan Radakovich.  “We know our fans make Clemson a great game day experience and the Aggie fans make Kyle field also one of the great venues in all of college football.” The two schools have played four times previously and Texas A&M holds the series lead 3-1.  But, Clemson did win the last meeting, a 25-24 Tigers victory at Clemson in 2005 when Jad Dean kicked a 42-yard field goal with just two seconds left. Texas A&M won the previous year, in College Station, by a 27-6 score.   “We are excited to play the Clemson Tigers, who have been on Texas A&M’s non-conference schedule previously,” Texas A&M Director of Athletics Eric Hyman said. “As a fellow land-grant institution, Clemson is very similar to Texas A&M with a great football tradition and passionate fans. This will be a great non-conference series for both schools.”  Clemson now has two non-conference games against teams from the Power Five conferences through the 2020 season.  Earlier it was announced that Clemson would face Notre Dame in 2015, 2020, 2022 and 2023.  The Tigers will meet Auburn in 2016 and 2017 and now face Texas A&M in 2018 and 2019.  The Tigers are schedule to play South Carolina each year as well.