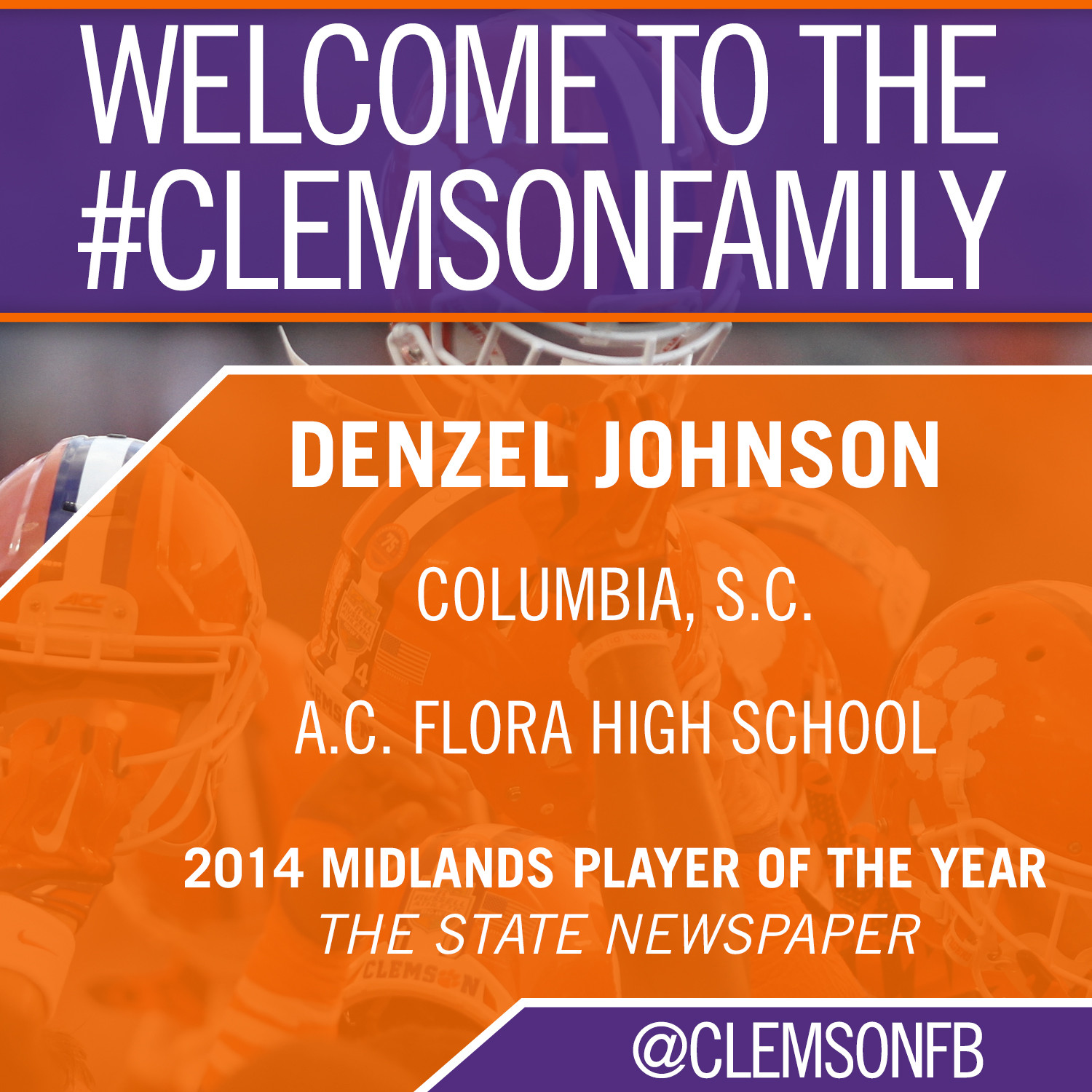 CLEMSON, S.C. — Denzel Johnson, a two-way player from A.C. Flora High School in Columbia, S.C. has signed scholarship papers with the Clemson football program. The announcement was made Wednesday by Head Football Coach Dabo Swinney. Johnson is expected to enroll at Clemson this summer, and will be a scholarship athlete on the team this fall.

Johnson was involved in all phases of the game at A.C. Flora and was named the Midlands Player of the Year by The State Newspaper. He had 69 catches for 910 yards and 12 touchdowns as a receiver. He scored on an 87-yard reception against Airport High School during the regular season. He also had three kick returns for scores, two on kickoffs and one on a punt. On defense, he had 60 tackles, two interceptions and eight passes broken up.

Johnson played for the North Team in the North-South High School All-Star game in Myrtle Beach and was named one of the MVPs for the North team. He was  also named the AAA Player of the Year in South Carolina by the High School Sports Report.

Johnson helped A.C. Flora to the fourth round of the AAA playoffs. The team finished with a 12-2 record. He was ranked as the No. 14 player in the state of South Carolina by ESPN.com and as the No. 2 safety in the state by Scout.com.