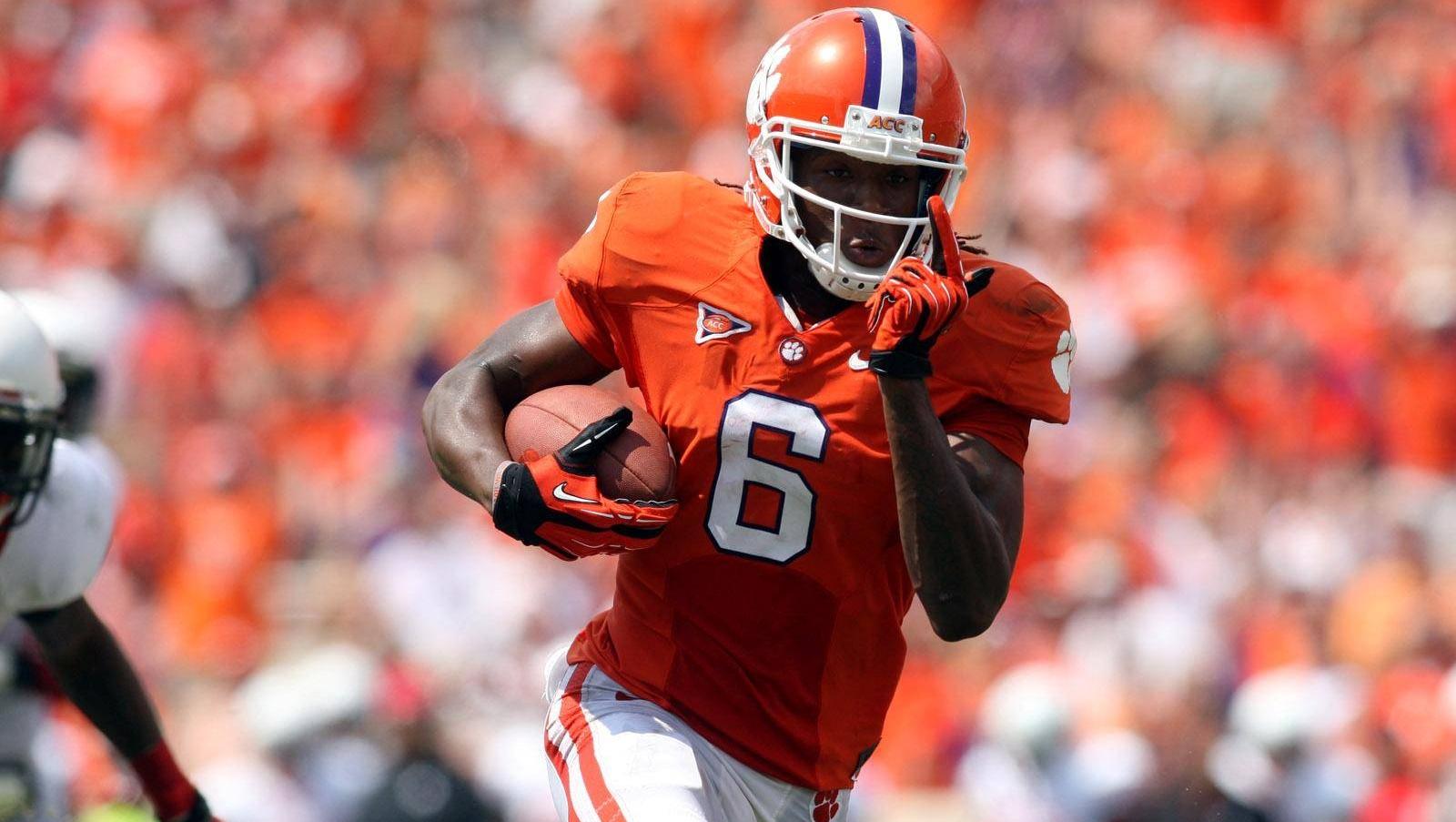 CLEMSON, SC – Dabo Swinney’s mantra for his Clemson football team this week ahead of its game against Ball State: “Set the tone.”

The No. 12 Tigers obviously heard Swinney’s message loud and clear, as they scored on five of their first six offensive possessions and cruised to a 52-27 win over the Cardinals on Saturday at Memorial Stadium.

“I thought that was the best part of the game,” Swinney said. “You’re coming off an emotional win and a lot of people are saying, ‘They’re going to have a letdown,’ and you’re playing a team that’s obviously excited to come here and play. And our guys came to play.”

The Tigers (2-0) found the end zone on their first drive, as Andre Ellington scored on a first-and-goal play to cap a 12-play, 72-yard drive with a four-yard run to pay dirt.

After forcing a Ball State three-and-out, Clemson struck quickly again, with Ellington once again finding the end zone on a two-yard plunge to put the Tigers up 13-0 with 6:36 still to go in the first quarter.

“The opening two drives were just outstanding in every regard,” Swinney said.

After two three-and-outs to open, Ball State finally got its offense going, as Horactio Banks broke free and outran the Tigers’ secondary for a 54-yard touchdown. The Cards needed four plays and 1:22 to go 92 yards and cut the Clemson lead to 13-7.

The Tigers stretched their lead back out on the ensuing drive, however, as DeAndre Hopkins made a leaping grab at the goal line, going over a defender to haul in a 13-yard pass from quarterback Tajh Boyd.

“We ran a (slant and go) down there at the end zone, and Nuk kind of posted up like he was a center in basketball, and I just threw the ball up there for him,” Boyd said. “He made a great play.”

Hopkins’ catch capped an eight-play, 68-yard drive that was highlighted by a 33-yard burst by D.J. Howard. After a personal foul penalty against Ball State on the extra-point try, the Tigers opted to go for two points and Ellington plunged in off tackle to put his team up 21-7.

Ball State trimmed its deficit to 21-10 with a field goal, and tried to catch the Tigers napping on the ensuing kickoff. But Lateek Townsend pounced on the onside kick, and 44 seconds later, Hopkins snagged a crossing route and raced 33 yards for a touchdown to put Clemson ahead 28-10.

After linebacker Stephone Anthony got the ball back for the Tigers in short order with an interception, Boyd and Hopkins hooked up again, this time on a crossing route from 15 yards out, to put Clemson up 35-10.

The Tigers again took the ball back on an interception on the next possession, this time by Darius Robinson. Four plays later, Rod McDowell burst through the right side of the Tiger line, put a quick shimmy on a pair of defenders at the linebacker level and raced 27 yards for a touchdown and a 42-10 lead.

Spencer Benton punctuated the Tigers’ dominating performance in the first half by drilling a 61-yard field goal as time expired, breaking the school record for longest field goal by 4 yards over the mark previously shared by Obed Ariri and Chris Gardocki, and setting a new ACC record as well.

“Last week we had an opportunity against Auburn, 55 or 56 yards, and I went out and hooked it left,” Benton said. “I was think, ‘Man, if I could just have another go at it I could make it.’ … Everything clicked, and it was awesome.”

Ball State chipped away at the Tigers’ lead early in the second half, as Banks scored on a 21-yard run, and Steven Schott’s 39-yard field goal on its following possession made the score 45-20.

But after not scoring in the third quarter, Clemson opened its second-half tally early in the fourth, as Cole Stoudt engineered an 11-play, 81-yard drive that culminated in a 22-yard touchdown pass to Martavis Bryant. Ammon Lakip added the extra point to make the score 52-20.

Highlighting the remaining action, U.S. Army war hero and wide receiver Daniel Rodriguez made his first career catch for the Tigers – a 4-yard gain – midway through the fourth quarter.

Rodriguez was awarded the Purple Heart and Bronze Star Medal with valor, among other awards, upon completing his military career (2006-10), during which he served for one and a half years in Iraq and a year in Afghanistan.

“I can’t be any happier being at Clemson, being a Tiger,” Rodriguez said. “Just being able to wear orange and come out here every day and practice is a great feeling.”

Boyd finished 19 of 23 passing for 229 and three touchdowns – all to Hopkins, who finished with six catches for 105 yards. McDowell led the Tigers in rushing with eight carries for 59 yards.

Clemson finished with 526 yards of total offense, giving it back-to-back games of at least 500 yards of offense to open a season for the first time.

“Coach (Swinney) challenged us throughout the week about how we would respond from a win like Auburn, and I think we responded just as well as we could,” Boyd said. “We scored touchdowns on five out of the first six drives, and from an offensive standpoint I can’t ask from anything more.”