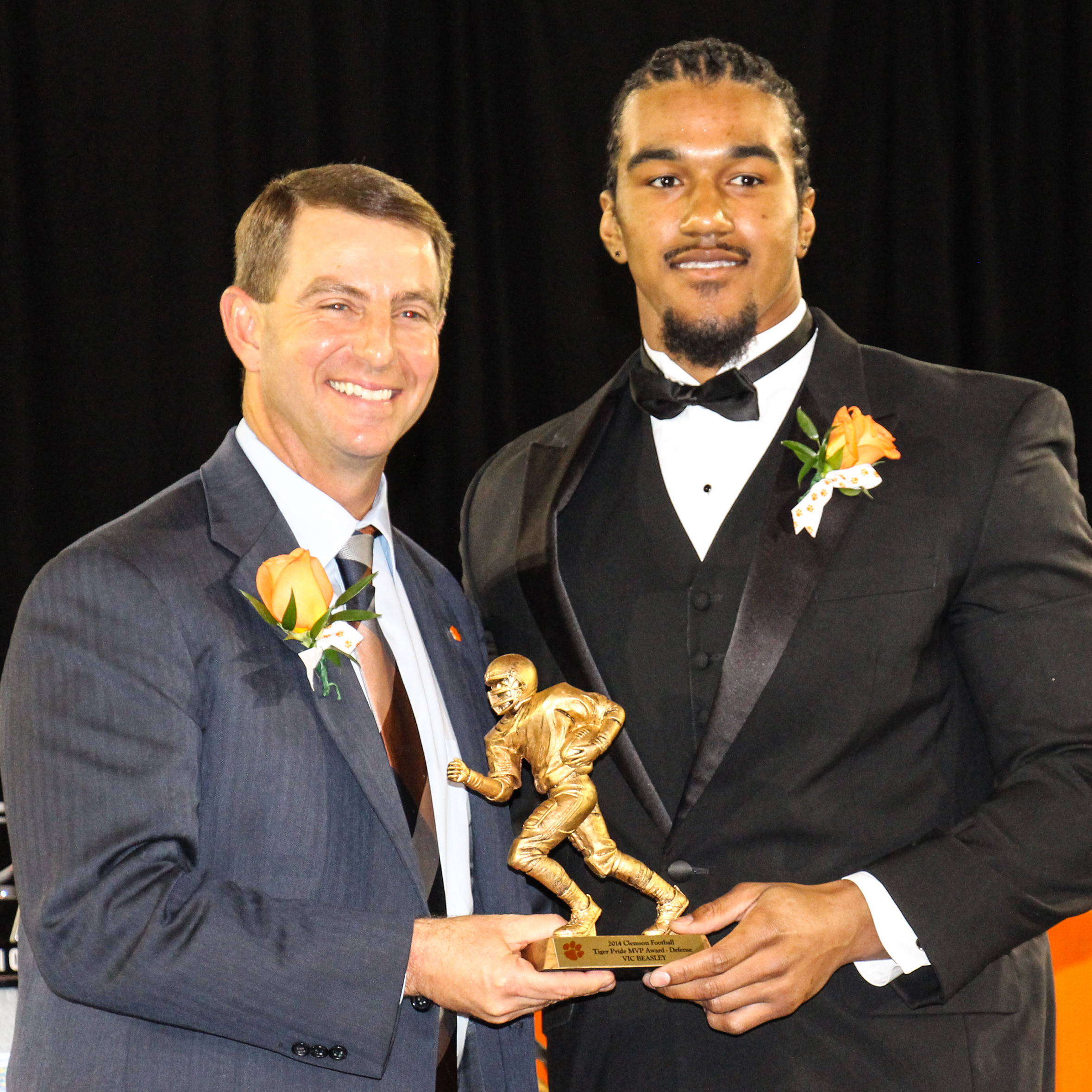 CLEMSON, S.C. – The Tiger football program held its annual banquet at the program’s indoor facility Saturday night. Head Coach Dabo Swinney and members of his staff presented the awards to team members who helped the Tigers to a 10-3 record in 2014.

The evening included the presentation of the Tiger Pride MVP Awards. The winners for the offense were offensive lineman Kalon Davis and wide receiver Mike Williams. The defensive winners were defensive tackle Grady Jarrett and defensive end Vic Beasley.

Former Tiger Warren Forney, a starting defensive lineman between 1991-95, won the Brian Dawkins Clemson Lifetime Achievement Award. Longtime Administrator Andy Johnston, who is retiring at the end of the academic year after 40 years at Clemson, was also recognized by Swinney.

The affair concluded with the senior class presenting Swinney with a framed #42 jersey, which represents the number of victories the class had over their four years, a school record.