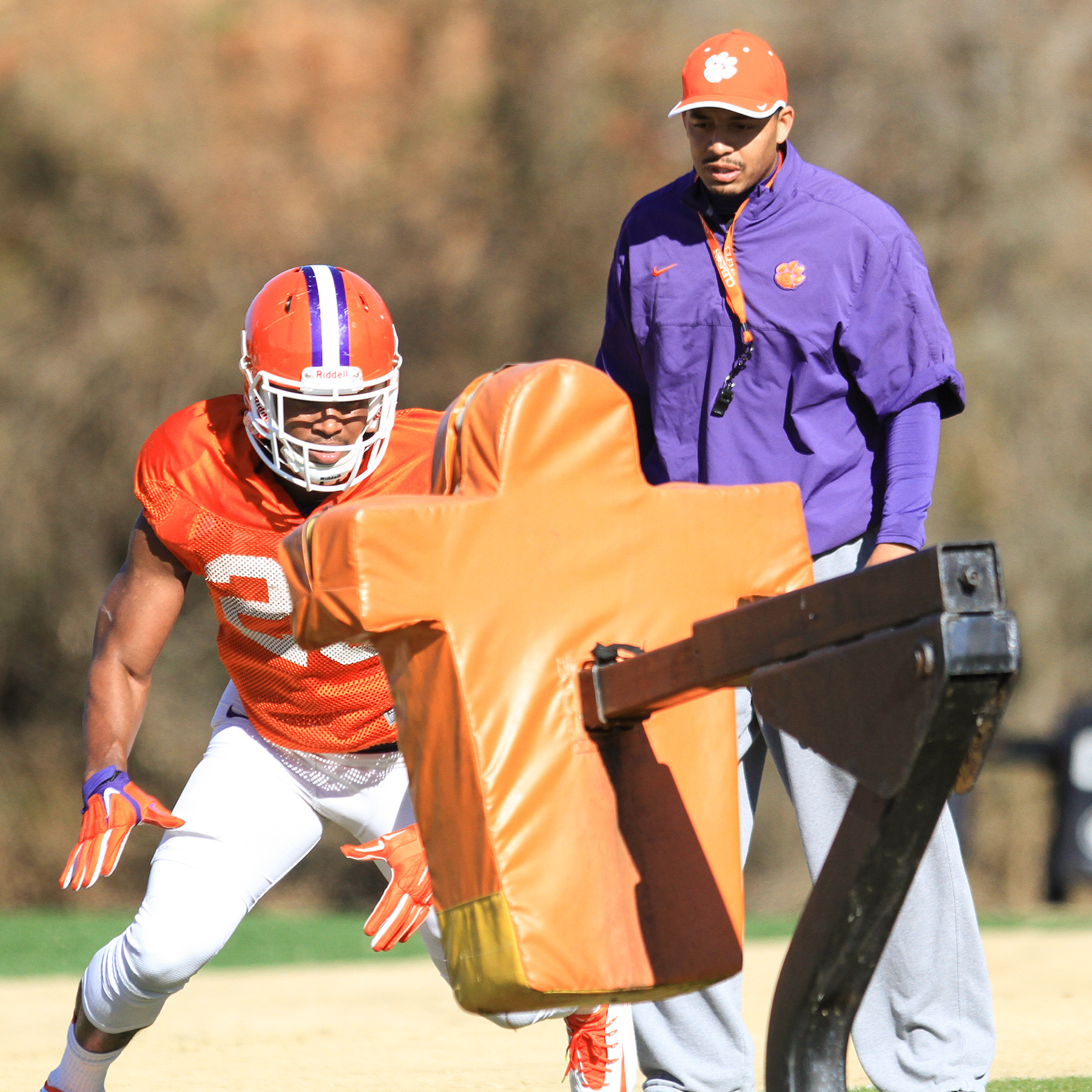 CLEMSON, S.C. – Head Coach Dabo Swinney completed his post-practice comments to the team Wednesday by asking his graduates to the front. Twenty-two active players joined him.

“It is not an accident that this senior class is the winningest in Clemson history,” said Swinney. “Tomorrow is graduation day, and 17 of our players (including three injured) are going to become Clemson graduates. It is an indication of the work ethic this group has. It is part of our culture to stay the course and get the job done in everything that we do. That is why we have so many graduating tomorrow, some in just three-and-a-half years. I am proud of all of you.”

Fourteen active players graduate Thursday and join the eight players who have already earned their degrees, giving the team 22 graduates on the roster for the Russell Athletic Bowl game against Oklahoma.

Charone Peake and Stanton Seckinger graduate Thursday as well with a full year of eligibility remaining. Seckinger will not play in the bowl game due to a knee injury. Other Tigers graduating on Thursday are D.J. Howard, Daniel Rodriguez and Michael Sobeski.

“I have always given the players graduating the day off from practice,” said Swinney. “It is a day for them to enjoy with their families.”

That means Clemson will be down 14 players for Thursday’s practice.

Swinney said the team had a good practice Wednesday when the Tigers worked for two hours in perfect football weather.

“We did some good things in the two-minute drill on both sides of the ball,” added Swinney. “Overall, we got better today. We had a good attitude from the first special teams period. We got better as a team, and that is the objective. It all starts with the attitude.

“We are getting more and more into out plan for this game, and the team is responding. We are going against one of the traditionally great programs of college football. Oklahoma is the winningest program in the nation since 1946. They have many national championships, Heisman Trophy winners and All-Americans. I think our players are excited about the challenge.”

Clemson practices Thursday and Friday afternoon this week, then breaks until the team meets in Orlando, Fla. on December 23. The first practice in Florida is December 24.