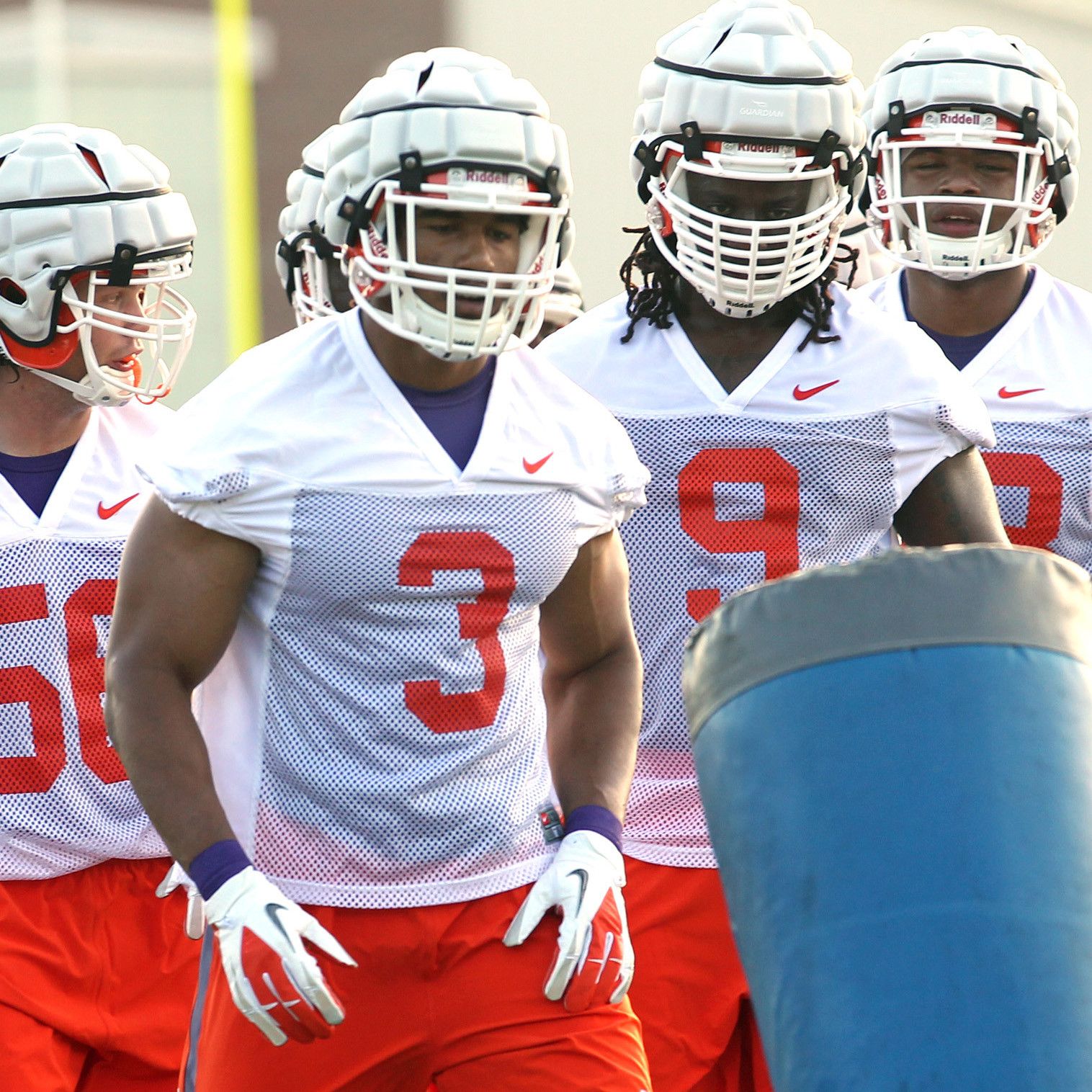 TIgers No. 16 in ESPN Rankings

Last week, ESPN assembled its own Top 25 college football preseason Power Rankings, and Clemson came in at No. 16 on their list.

Most services, including the Coaches and AP polls, also have the Tigers slated at No. 16. Many give credit to Clemson’s returners on defense but question Clemson’s offense with new starters at quarterback and running back and a young receiving corps.

Travis Haney’s take on Clemson from the ESPN article:

“Pressure. I’d put the Tigers’ defensive front behind only FSU and Ohio State. It led the country in tackles for loss (123) and may have even more shots at the QB with new cover corner Mackensie Alexander, the No. 4 overall recruit from 2013.”

The Tigers have to replace their leading rusher, top two receivers and quarterback from last season, but return every starter on the defensive line, including defensive end Vic Beasley, who finished third nationally in sacks.

On defense, Clemson returns most of its defensive starters from 2013, including defensive linemen Grady Jarrett, linebacker Stephone Anthony and All-American defensive end Vic Beasley. After missing last season due to a groin injury, Mackensie Alexander put together a strong offseason and is poised to be a difference maker in the Tiger secondary.  Clemson’s defense is expected to be among the best in the nation and potentially the strongest it has been in the Dabo Swinney era.

On offense, the Tigers will turn to senior Cole Stoudt, who takes over as the starter after three years behind Boyd. The Tigers must also find an answer for the departed Rod McDowell, who rushed for over 1,000 yards in 2013. With DJ Howard, Zac Brooks, Wayne Gallman and CJ Davidson all making plays, Clemson may expect more of a “by-committee” approach in their 2014 backfield.

Clemson’s 2014 marquee matchups are eerily similar to 2013: Georgia, Florida State and South Carolina, with the Tigers traveling to both Athens and Tallahassee in the first month of the season. Georgia is ranked No. 12 to start the season, while defending national champion Florida State starts atop the rankings at No. 1 and in-state rival South Carolina starts their season ranked No. 9.

We’ll start to see how accurate these preseason rankings were in less than two weeks, as Clemson starts its 2014 campaign between the hedges in Athens against Georgia on August 30 with kickoff set for 5:30 p.m., ET on ESPN.