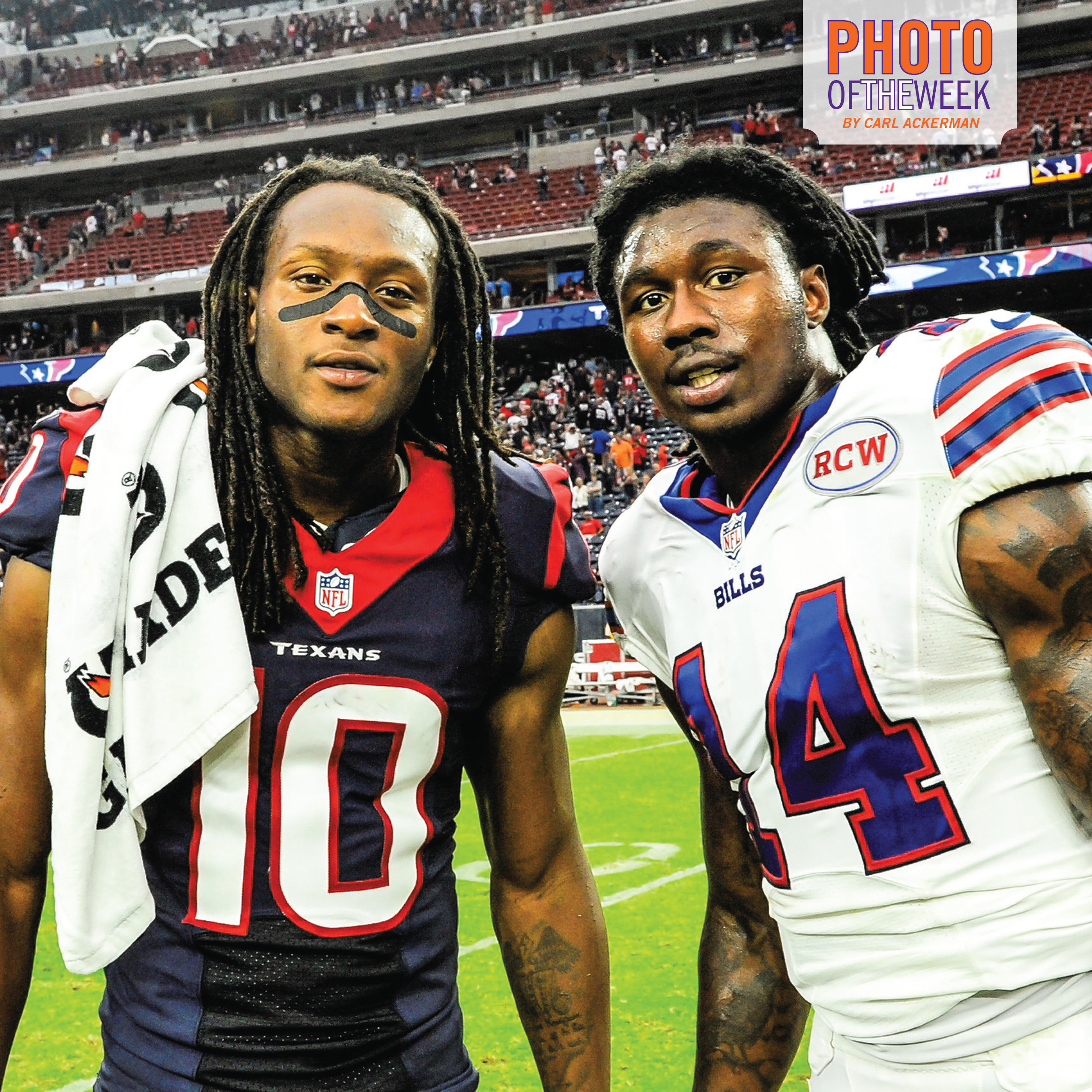 Tigers in the NFL

It was a big week for former Clemson Tigers in Week 7 of the NFL season the spotlight was particularly bright on receivers.

Martavis Bryant, a fourth-round pick for the Pittsburgh Steelers, was activated for the first time this season in Monday Night Football against the Houston Texans, and his first reception went for a 35-yard touchdown. Bryant figures to get more looks with the Steelers as the team is searching for a reliable No. 2 receiver to play alongside Pro-Bowl receiver Antonio Brown.

In Buffalo, Sammy Watkins continues to show why the Bills made a great move in trading up for him in the draft. Watkins exploded against the Minnesota Vikings with nine receptions for 122 yards and two touchdowns, the last of which came in the final seconds of the game to lift the Buffalo Bills to a 17-16 victory. Through Week 7, the former Tiger No. 2 has 433 receiving yards and four touchdowns.

DeAndre Hopkins is putting together a strong sophomore campaign in his second season starting opposite Andre Johnson for the Houston Texans. This week, Hopkins had six receptions for 108 yards, giving him 31 receptions for 474 yards and three touchdowns on the year.

Dwayne Allen is also making noise for the Indianapolis Colts, putting together a solid game as the Colts shut out the Bengals 27-0. Allen finished with three receptions for 52 yards and a touchdown. Allen is becoming a favorite target for rising star quarterback Andrew Luck, having been targeted 33 times on the year. Through Week 7 of the regular season, Allen has 21 receptions for 305 yards and five touchdowns.

Arizona Cardinals kicker Chandler Catanzaro (aka “Catman”) made a 41-yard field goal against the Oakland Raiders, making his 15th consecutive field goal this season. Cantanzaro, who beat out veteran Jay Feely in training camp for the starting position, tied the NFL rookie record for most consecutive field goals with St. Louis’ Greg Zuerlein. His longest field goal was 51 yards, and he has made all 11 attempted extra points. The Cardinals beat the Raiders 24-13, moving to 5-1 on the season and first in the NFC West Division.

Running back Andre Ellington continues to do it all in his first season as the Cardinals’ full-time starter, finishing with 88 rushing yards and 72 receiving yards on the day against the Oakland Raiders.

Rookie fourth-rounder Bashuad Breeland is starting to carve a niche for himself with the Washington Redskins. In the Redskins’ win against the Tennessee Titans, Breeland had five tackles, including two tackles for loss, and an interception.

Breeland’s interception came at the hands of Clemson’s only former quarterback playing in the NFL, Charlie Whitehurst. Despite the pick, Whitehurst played a solid game for the Tennessee Titans. The 2005 senior was 17-26 for 160 yards with two touchdown passes.