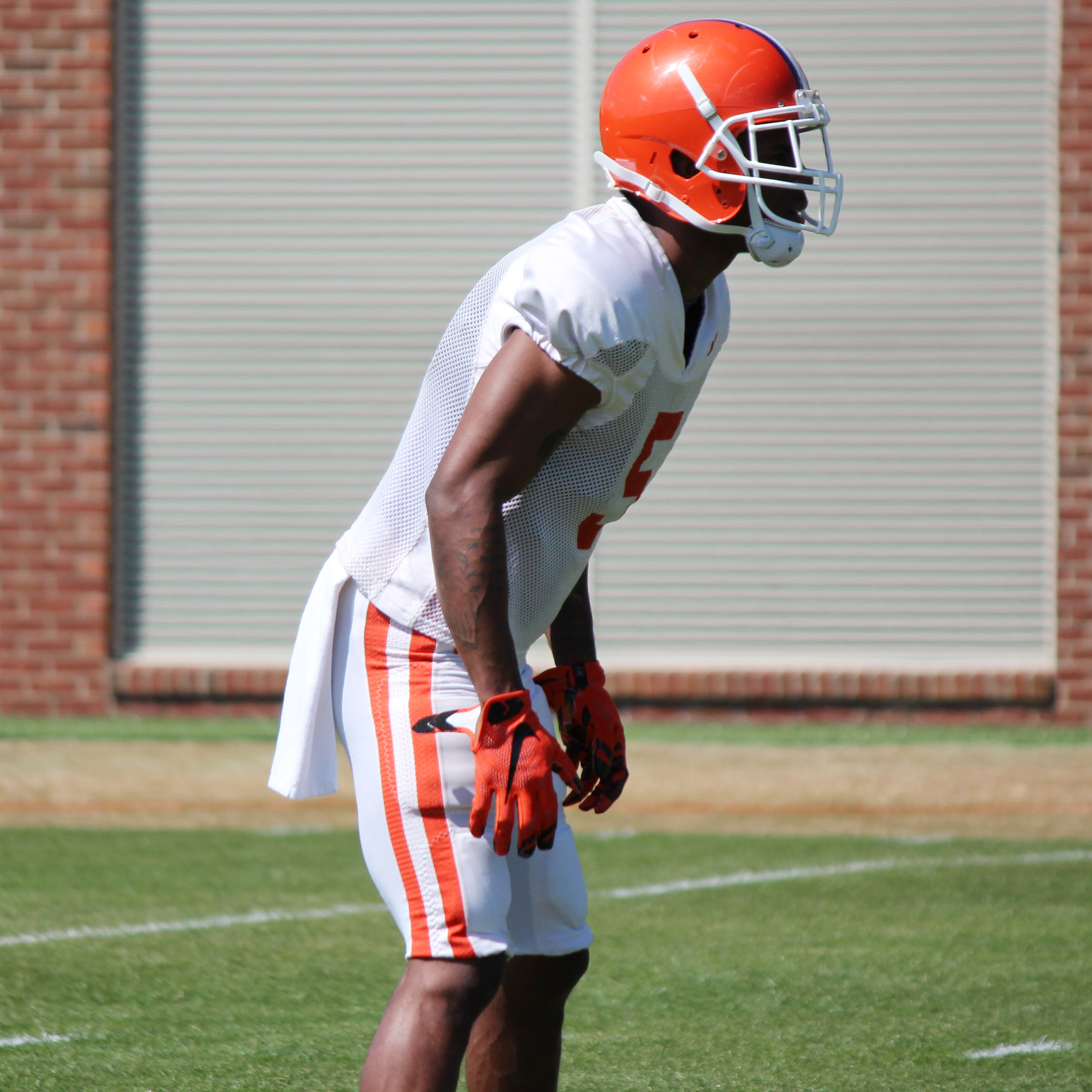 CLEMSON, S.C. — The Tiger football team held a “Thud” practice on the practice fields behind the indoor facility on Monday, as Clemson heads into the final stages of spring practice. The Tigers will practice on Wednesday, then break for Easter weekend before holding three more practices next week. The annual Spring Game will be held April 11 at Memorial Stadium at 2:30 p.m.

A “thud” practice is one in which the team is in full gear and hit each other, but players are not wrapped up and brought to the ground on tackles. Head coach Dabo Swinney was pleased with the day’s work.

“It was a good practice today in great weather,” he said. “It was a tough (physical) couple of days last Wednesday and Friday. It was a full scrimmage last Wednesday, and we will do it again this coming Wednesday. We worked on a lot of fundamentals today, based off what we saw last week. It was a teaching day.”

“I really like this team,” he said. “I like the competitiveness and the spirit. It is a young team, but they are willing learners and playing hard.”

The Clemson coach commented on a number of players after practice and gave a quick update on quarterback Deshaun Watson, who is out for the spring as he recovers from a torn ACL.

“Deshaun is making great progress, and I fully expect him to be ready to take part in our skills and drills program in June. He really looks great.”

Swinney also said he has been impressed with wide receiver Germone Hopper, who had 27 catches for 331 yards and three scores last year as a redshirt sophomore. He had a 24-yard touchdown reception in the Russell Athletic Bowl.

“Germone has been doing well. He has been focused in meetings, asking questions and is really engaged. He can really help us in the passing game and the return game. He has been working hard.”

Swinney has also been pleased with the performance of his young offensive linemen.

“Tyrone Crowder has really made a step up from last year and has been very engaged. He is right where we need him to be as a redshirt sophomore. He is a very strong player.

“I have also been very impressed with the four freshmen. They all have the tools to contribute and have shown a great attitude.”

Notes: Team members and some coaches from an amateur football team from Japan have been at practice the last few days. Monday was their last day, and the team from Japan expressed their appreciation after practice. Former Tiger Kalon Davis was on hand to do some interpreting … Jadar Johnson missed the practice as he recovers after suffering minor injuries after a moped accident over the weekend … Freshman tight end Milan Richard continues to watch practice while on crutches, as he recovers from a foot injury suffered in practice last week … Clemson opens the season with five of its first six games at home. The last two seasons Clemson played five of its first six at home (1991, 2011), the Tigers went on to win the ACC Championship … among the former Tigers at practice on Monday were former All-American running back C.J. Spiller and former All-American quarterback Tajh Boyd.