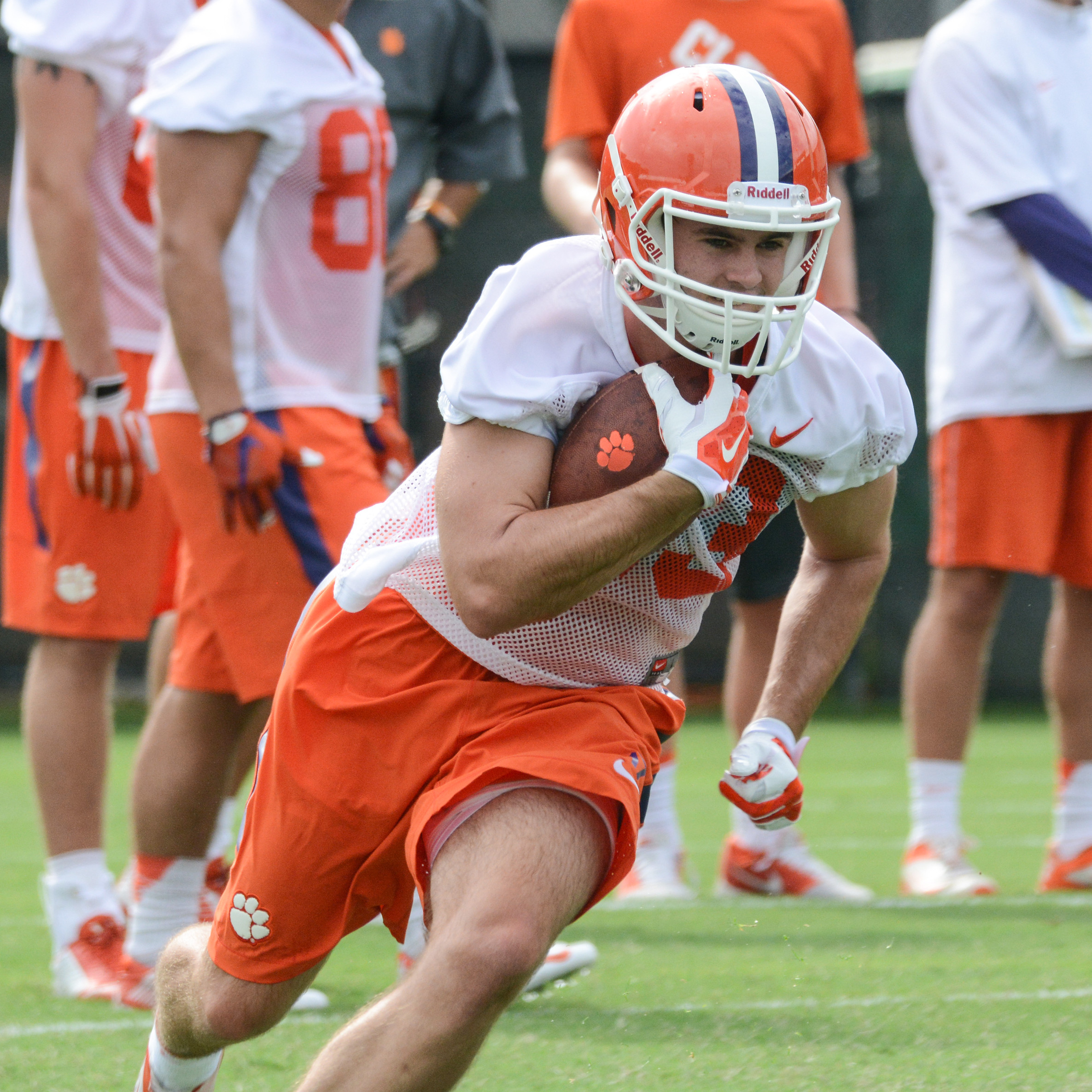 CLEMSON, S.C. — Clemson held its third practice of the preseason on Thursday afternoon and early evening. The Tigers were dressed in shells (helmets, shoulder pads and shorts), as they worked for two and half hours in humid weather. It was the first day of work in shoulder pads for Dabo Swinney’s Tigers.

Earlier in the day Clemson was ranked No. 2 in the nation according to the Amway Coaches Poll. It is the highest preseason ranking in school history. The previous high was No. 4 by the Coaches Poll and the AP poll in 1988, and a No. 4 ranking by AP in 1984.

“Well, we have done a good job of finishing higher in the final poll compared to our preseason ranking in recent years. If we do that this year I guess we will have had a pretty good season,” said Swinney with a smile. Clemson is the only team in the nation to have a higher final ranking than its preseason ranking each of the last five years in the Amway Coaches Poll.

The Tigers had another crisp practice on Thursday as the team worked on fundamentals in all aspects of the game. The team finished with 11-on-11 drills. One of the top plays was turned in by defensive lineman Jabril Robinson who tipped a pass and made the interception.

“It has been a good first three days,” said Swinney. “I feel good about where we are. This is a blue collar group. They have worked hard. We are working a lot of players (five quarterbacks on offense).   This is the time of preseason practice when you want to get film on everyone and give everyone a chance. Ten days before the game we will have to pair it down and make some decisions. This is a time for competition and evaluation.”

Swinney talked to the team after practice and made a comparison between the team’s work over the next 121 days and the work on Clemson’s new football facility, which is being constructed adjacent to the practice fields.

“We are going to watch the workers construct this new facility all year and it is going to be something special. They will complete it just about the time our season is completed. The (construction) workers are going to work as a team. Hopefully they will look out on us as we work hard to build something special on this field.”

Notes:   Four Clemson players were named to Sports Illustrated’s preseason All-America team on Thursday … Deshaun Watson was a first-team selection, while Carlos Watkins, Ben Boulware and Mike Williams were second team selections … players who missed the practice due to injury on Thursday were Adrian Baker (knee), Brian Dawkins, Jr. (knee) and Marcus Edmond (hamstring) … Watson is on the cover of Sports Illustrated for Kids this month.