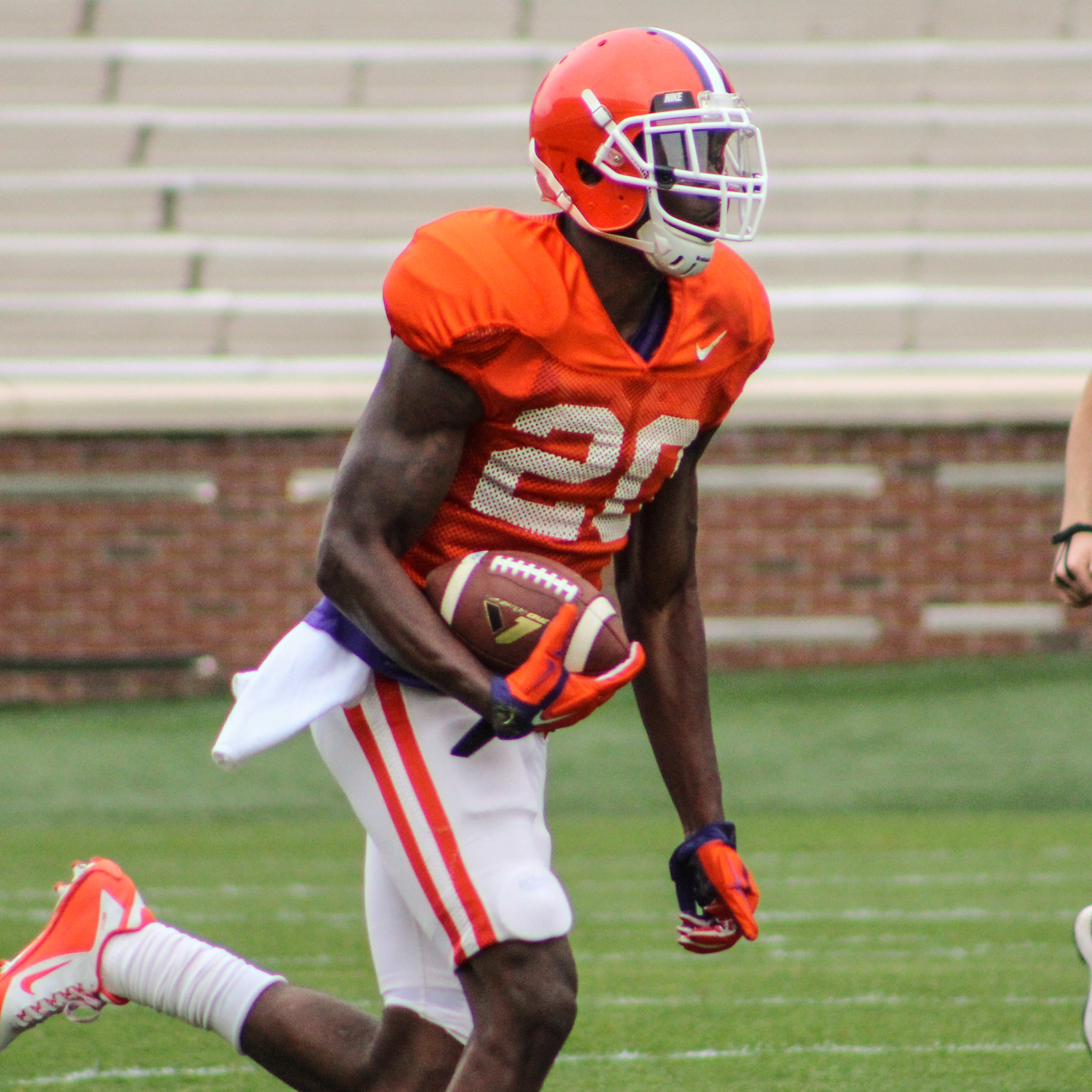 CLEMSON, S.C. — The Tigers held their first full scrimmage of the spring on Wednesday afternoon at Memorial Stadium. It was the eighth practice of the 15 Dabo Swinney’s team will hold as it prepares for the annual Spring Game on April 11.

Swinney was generally pleased with his team’s performance. The Tigers will have a young squad in 2015, as Clemson must replace 16 starters from last season’s 10-3 team that finished 15th in the final polls. The 2014 senior class left with a school-record 42 wins.

“I saw some good things on both sides of the ball,” said Swinney, who has 61 wins in his seven years at Clemson, the most in ACC history for a coach through his first seven seasons. “When you are a position coach for a scrimmage, you can take pride when your unit has a good day. But, when you are the head coach, if one side of the ball is doing well, it means the other side is not.

“Some players took steps backwards, but others showed improvement. We ran over 100 plays, and it was a day we can get some film on a lot of players in a competitive situation.”

Nick Schuessler is the only returning letterman at quarterback this spring, as Deshaun Watson recovers from a knee injury. Schuessler completed 11-18 passes for 100 yards and two scores on Wednesday.

“Nick has really had an outstanding spring,” Swinney said. “He made a couple of errors in running the offense today, but he has done well overall. It was also good to see Tucker Israel and Kelly Bryant get some work today.” Israel and Bryant are a pair of freshmen who entered Clemson in January.

Swinney said he was pleased with the running backs, his offensive line and the play of tight end Jordan Leggett.

“This is a big year for Jordan, and he was outstanding today. A lot of the running backs did well today, and I think we are going to have a good offensive line from what I have seen so far.”

Leggett caught a scoring pass from Schuessler and had another 21-yard reception to key a drive. Mike Williams also caught a touchdown pass, while Wayne Gallman and C.J. Fuller had rushing touchdowns during the scrimmage that was played under threatening clouds. Germone Hopper had the most receptions with five, while Artavis Scott had four. Fuller had 53 rushing yards to lead the ball carriers.

There were many standouts on defense as well. Linebacker Ben Boulware, the backup to first-team All-ACC linebacker Stephone Anthony last season, led all defenders with four tackles for loss. Shaq Lawson had three sacks, while Jayron Kearse had the only interception on the day.

“I know the defense lost some great players from last year’s senior class, but the young players are competing for those starting positions, and I have been pleased with what I have seen,” Swinney said.