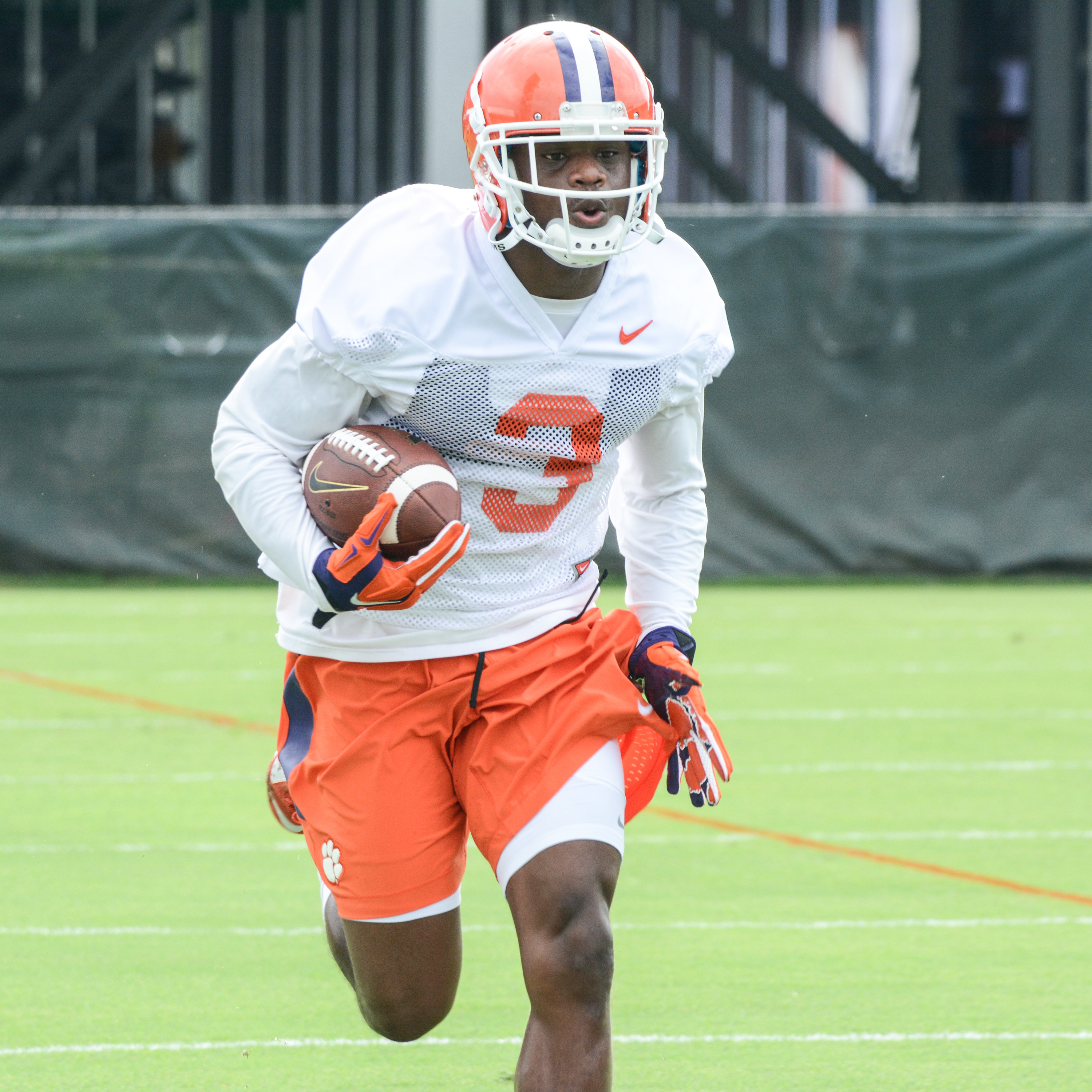 Clemson, S.C.—Clemson returned to the practice fields for another two-and-a-half hour practice on Wednesday.  It was the second workout of the preseason for Dabo Swinney’s Tigers, who open the season at Auburn on Saturday night September 3.

Swinney was pleased with his team’s effort today as the squad attempts to absorb as many  offensive and defensive principles as possible.    “We continued the installation process today,” said Swinney.  “It is a lot of mental work the first two days, but tomorrow we move into shells and we will be able to get a little more physical.  The evaluation process takes a step forward on Thursday,”

Swinney did have his team go through some 11-on-11 work at the end of practice.  The defense made some good plays, including an interception return for a score by red-shirt freshman safety Tanner Muse off a tipped pass.  Senior linebacker Ben Boulware also had an interception.

“We changed it up on them at the end of the practice during the 11 on 11.  We didn’t substitute teams in any order.  We have players, not a first-team  a second-team or a third-team.  They had to be ready.”

The day’s activities started with a team meeting Wednesday morning that featured guest speaker Sherman Williams.  A teammate of Swinney’s at Alabama, Williams has been through it all as a state champion, collegiate champion and Super Bowl Champion.  He then ran into some legal problems and was incarcerated for 15 years in a federal prison.

“His message was on point with the teachings of our program,” said Swinney.  “He was outstanding.  He spoke from the heart and I believe it resonated  with our players.

“He has a story to tell and young men can learn from it and that is what he wants to do.  He has published a book about his life’s journey,  “Crimson Cowboy.”  It is well worth reading.”

The Tigers will be back at practice on Thursday afternoon and Friday afternoon.  Saturday evening the team will practice in full pads for the first time.  Practices are closed to the public.