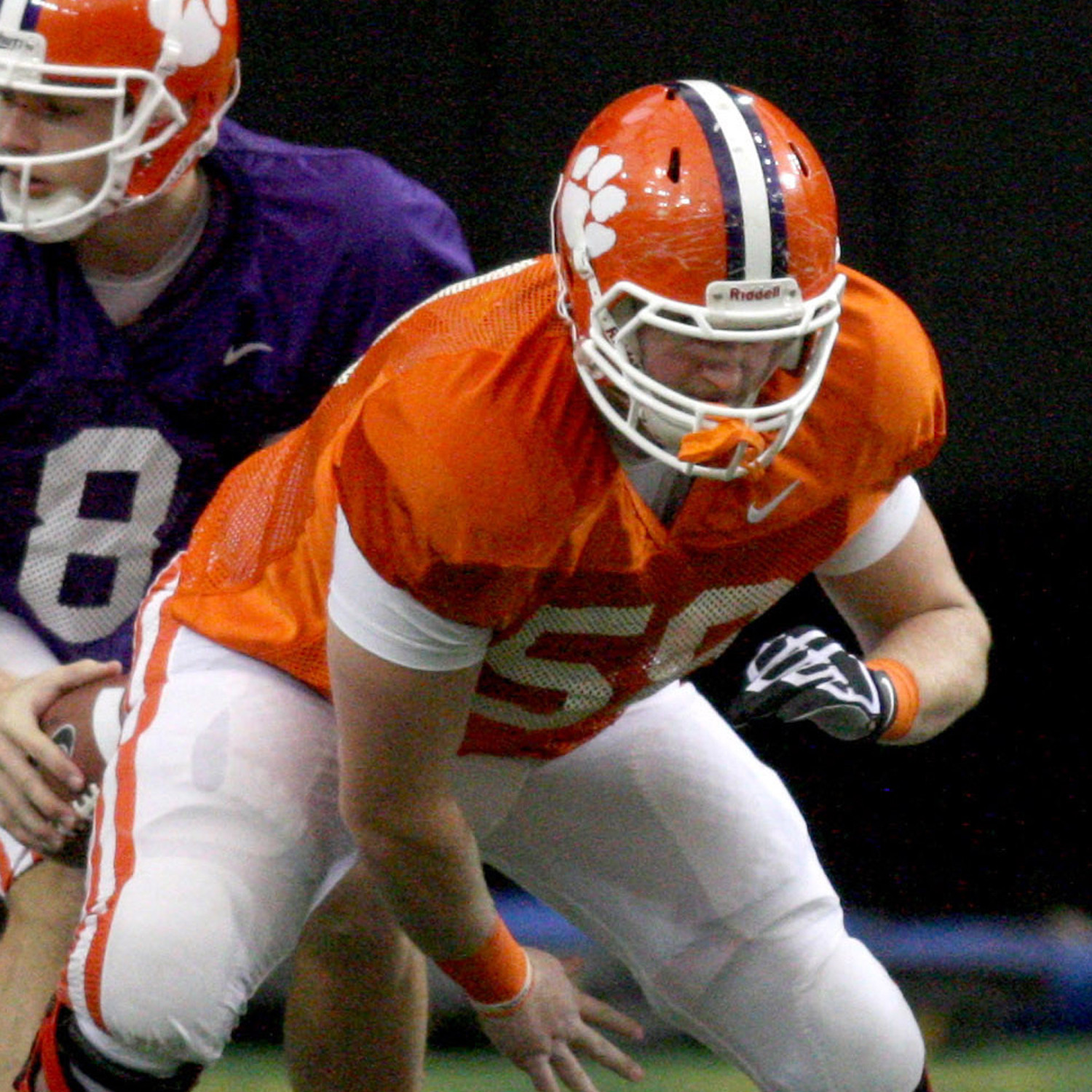 CLEMSON, S.C. — The Tigers held a physical, fast paced two-hour and 20-minute practice on  Friday morning before taking the afternoon off for a team outing. The Tigers worked in full pads on the practice field area behind Doug Kingsmore Stadium.

Swinney began the practice with the W drill, a form of the PAW drill that places an emphasis on toughness for running backs, and blocking for linemen, wide receivers and defensive backs.

“We did a lot of live stuff today,” said Dabo Swinney, who will run his team through a stadium scrimmage on Saturday morning. “We pushed them today. We are into the dog days of camp, but they did well. Thursday was not a physical day, but we really challenged them mentally. Today it was physical and mental.”

Over the last 20 minutes of the practice Swinney put his team through the “Rapid Fire Drill.” The drill runs plays and players into the game at top speed and players must be ready for anything at any time. “The ‘Rapid Fire Drill’ is really an unrealistic drill that runs the team through plays as fast as we can go. It puts a lot of stress on the players and the coaches from a mental standpoint. We then ran some plays coming off the goal line.”

Swinney talked about some personnel and positions that have been affected by injuries. “We lost Korrin Wiggins to a torn ACL. He was not hit on the play, he was just trying to hustle and recover a fumble. It seems like so many torn ACLs are the result of non-contact plays.

“Dorian O’Daniel, Travis Blanks and T.J. Burrell will take up the slack at that position with Korrin’s injury. They have been playing well this camp. We are very pleased to see Blanks has done well coming off his injuries.

“We also got Ryan Norton back at center today. He is our starter and has been out the last few practices recovering from a concussion, but he is back. Jay Guillermo has done well at center and guard, and we are impressed with what we see in Justin Falcinelli (redshirt freshman).”

Swinney also gave an update on the special teams. “The kickers are doing well. Right now, Greg Huegel is just a couple of percentage points ahead in the placekicking game. We will work on that a lot tomorrow in terms of kicks and kickoffs. Andy Teasdall is definitely our punter. Jim Brown and Seth Ryan have done well as the snapper and the holder, so we feel good about the overall operation.

“We still have a lot of competition in terms of punt returns and kickoff returns. Ray-Ray McCloud, Artavis Scott and Germone Hopper have all worked at punt returns. We will work on that some on Saturday as well.”

Wide receiver Mike Williams, who had 1,030 yards last year to lead the team, missed Friday’s practice as he recovers from a hamstring injury. He won’t do much on Saturday, but is expected back in the lineup next week.