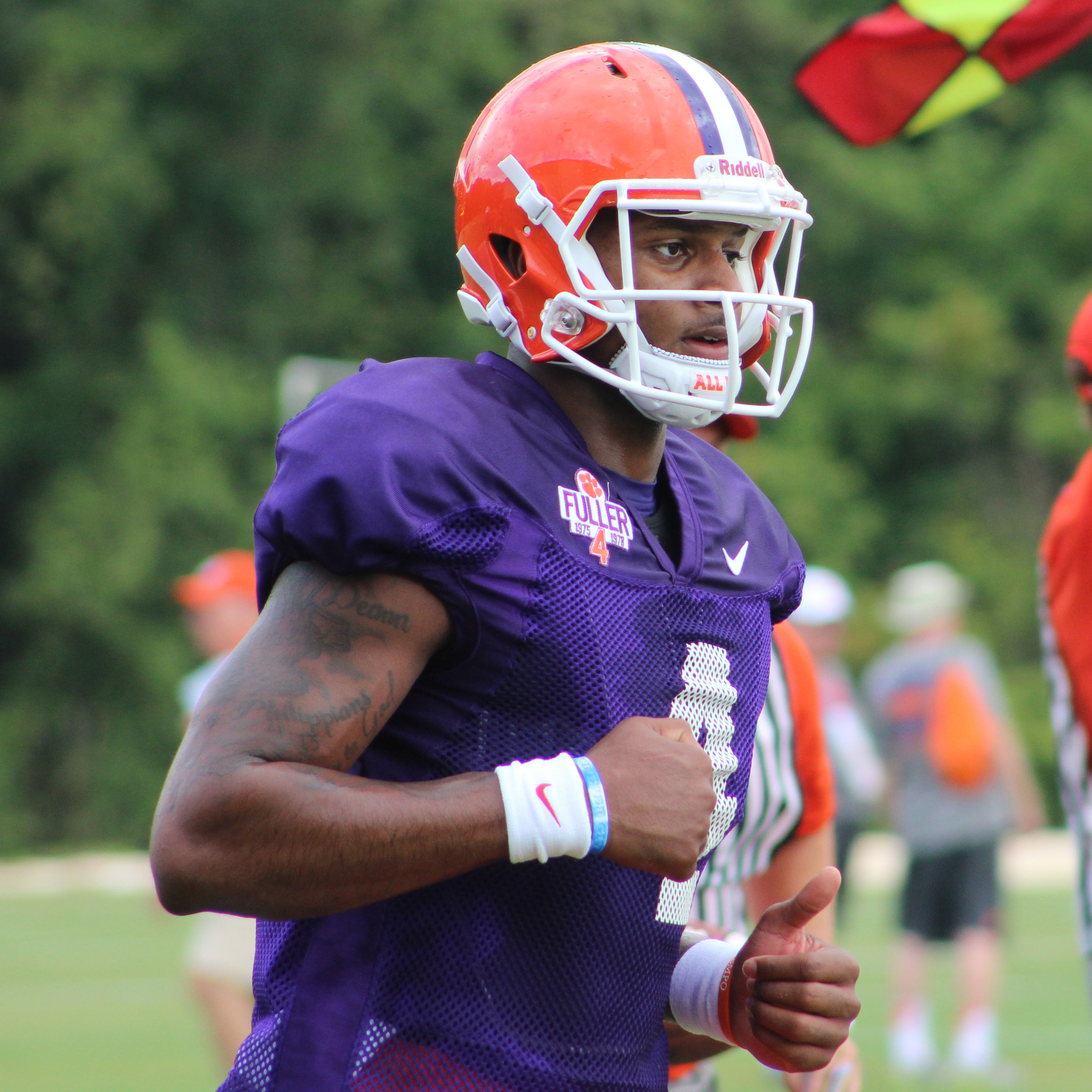 Clemson, S.C—Clemson held its fifth practice of the preseason, its first in pads, and the first  without Head Coach Dabo Swinney, who returned to Alabama to be with his family after the passing of his father, Ervil Swinney on Saturday afternoon.

The Tigers practiced for the scheduled two and a half hours although it began a few minutes late after Coach Swinney met with  his team before he departed for Alabama.   “It was an emotional meeting,” said Clemson graduate student and starting guard Eric Mac Lain.  “You could see he was hurting and we all felt for him.  I think we all wanted to just go up and hug him.

“He is a man we have great respect for and I think we showed it today by having an excellent practice. “

Coordinators Brent Venables, Tony Elliott and Jeff Scott ran the practice.  The practice plan did not change in light of Swinney’s absence and it began with the PAW Drill, a physical drill of offense vs. defense.

“We like to start the first day of hitting with that drill because it snaps everyone to attention and puts them in the physical mindset right at the beginning,” said co-offensive coordinator Tony Elliott.  “It was a good drill today and one that develops toughness.

“It was a good practice with consistent tempo.  We had the PAW drill at the beginning and had a scrimmage work the last two periods so we started and ended with physical drills.  It was good practice.”

Despite the physical nature of the practice there were no new injuries reported.  Starting center Ryan Norton continued to sit out as he recovers from a concussion.