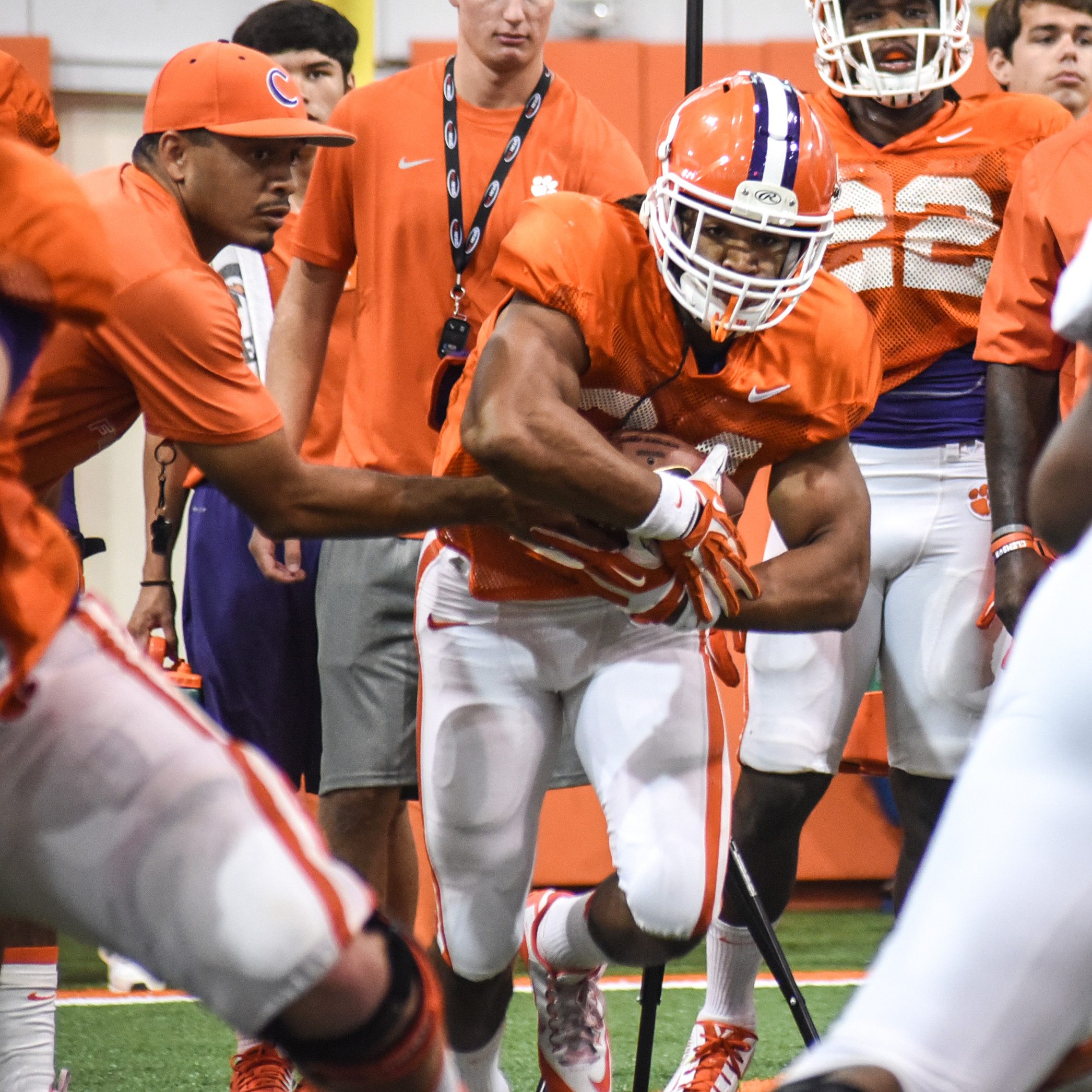 CLEMSON, S.C. — Missing head coach Dabo Swinney for a third consecutive day of practice, the Tiger football team worked for two hours inside the program’s indoor facility Tuesday. Clemson continued with its preseason installation of different packages, and went 11-on-11 over the final two periods of spirited goal line work.

“We were polishing things and still installing quite a bit,” said co-offensive coordinator Tony Elliott. “We are constantly straining our guys mentally, but you can see that they’re responding. We had almost the same number of plays per period today as we did on the first day of camp, which is outstanding.”

The defense held the upper hand early during the goal line portion of practice, with linemen Shaq Lawson and Carlos Watkins recording tackles for loss on the first two plays. The first-team offense responded on its second series with a pair of touchdowns by Deshaun Watson, the first on a pass to Jordan Leggett and the second a keeper on a zone read play.

All five of Clemson’s running backs posted touchdowns during the goal line work, including Adam Choice who ended it by bouncing to the outside on the final offensive play of practice.

“We did a couple of good things on the goal line, but as an offense you want to score every time,” Elliott said. “But we know we’re going against one of the best defenses each and every day. It’s an area we know we have to get better.”

Swinney is expected to return Wednesday, where the Tigers will hold a situational scrimmage in the morning. Swinney was in Alabama on Tuesday for his father’s funeral.