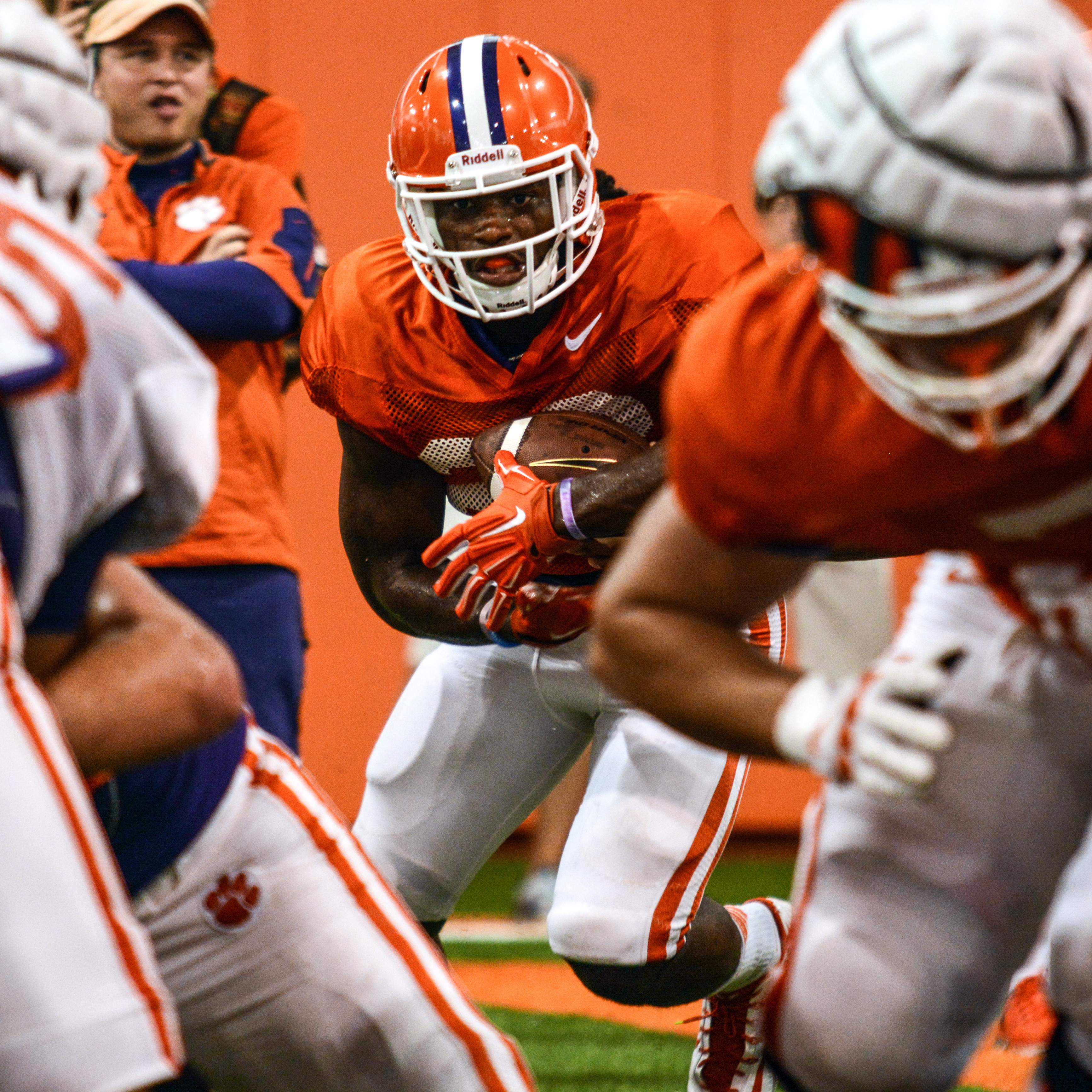 CLEMSON, S.C. — The Tiger football team held a physical first of two practices Monday morning. It was the first of Clemson’s four two-a-days scheduled in August, with two more this week and the final two-a-day set for August 17. Clemson worked for just over two hours in the morning, and will return in the evening for a walk-through practice.

The Tigers were again without head coach Dabo Swinney, who is in Alabama following the passing of his father, Ervil, on Saturday. He is scheduled to return to Clemson late Tuesday.

The physical tone was set early in the indoor practice facility with two periods of the PAW drill. The Tigers also went through 7-on-7, full team and red zone situations Monday morning.

Freshman quarterback Kelly Bryant was sharp in the 7-on-7 drill, completing 7-9 passes, including a 45-yarder to Germone Hopper for a touchdown. Hopper out-jumped Mackensie Alexander for the score, but Alexander responded by breaking up a Bryant pass two plays later. Deshaun Watson stood out in the redzone, throwing touchdown strikes to Jay Jay McCullough and Charone Peake.

The defense made its share of plays Monday morning as well. Travis Blanks and Korrin Wiggins both recorded interceptions in the full team drills, while Cordrea Tankersley broke up a pair of pass attempts.

It was a good day for Clemson’s placekickers. The trio of Austin Spence, Greg Huegel and Christian Groomes combined to go 11-12 in live action, including a perfect 6-6 from 45 yards to finish practice.

Several players upgraded to green jerseys from an injury perspective. Marcus Edmond, Kendall Joseph and Ryan Norton were limited participants in practice. The only player in a yellow jersey was tight end Stanton Seckinger.