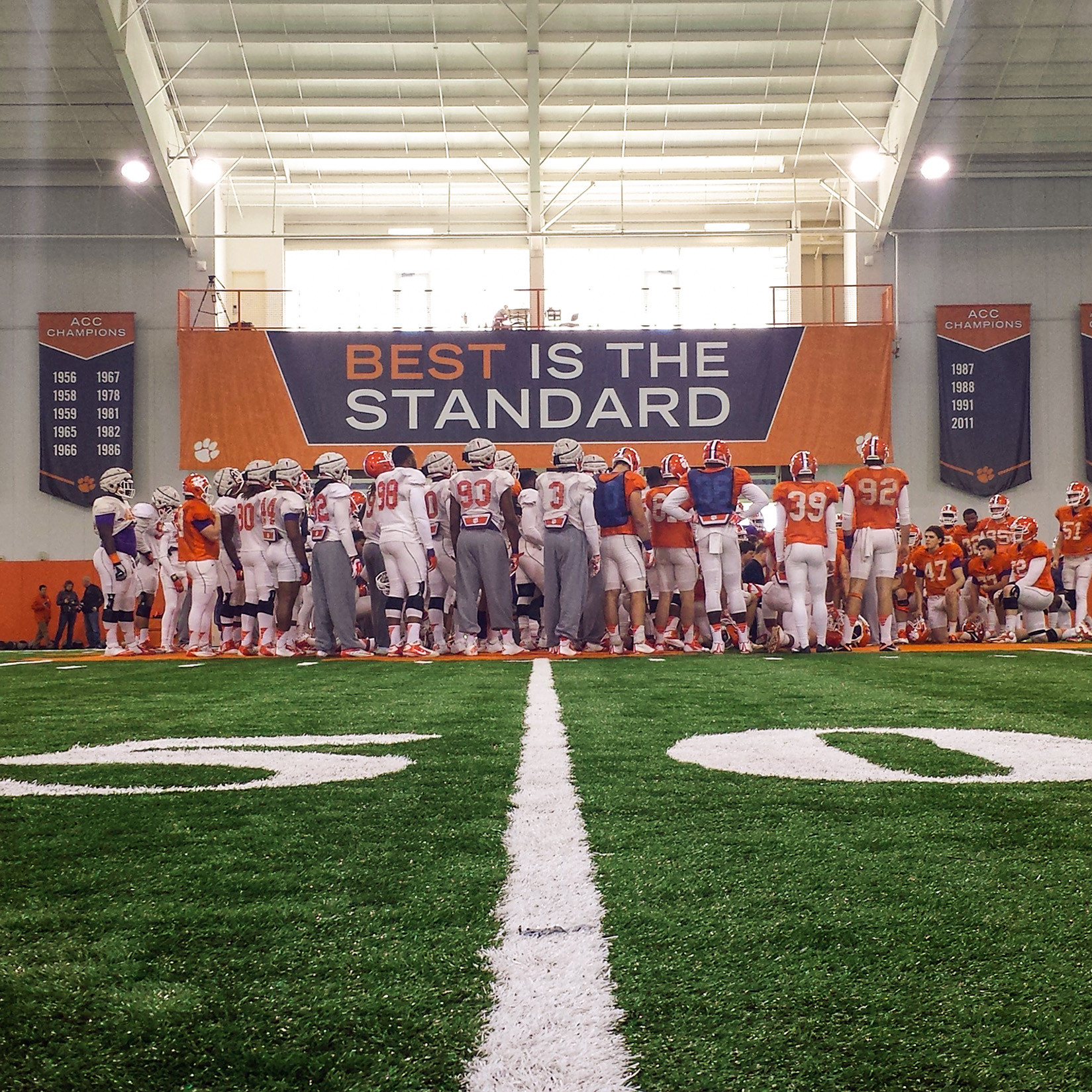 CLEMSON, S.C. – The Tigers practiced for approximately two hours on the practice fields behind the indoor facility Saturday. It was the second official practice, but the first in pads. The Tigers are preparing to meet Oklahoma in the 2014 Russell Athletic Bowl in Orlando, Fla. on December 29 at 5:30 p.m.

Tickets are available through the Clemson Athletic Ticket Office by calling 1-800-CLEMSON and at ClemsonTigers.com HERE.

Saturday’s practice was the first in pads for a Clemson offense that features newly-promoted Co-Offensive Coordinators Tony Elliott and Jeff Scott, and new Quarterbacks Coach Brandon Streeter. Cole Stoudt will serve as Clemson’s starting quarterback in the game and has been impressed by Streeter, himself a former Tiger quarterback.

“He brings great energy and excitement,” said Stoudt of Streeter. “We will be spending a lot of time together the next couple of weeks as he becomes more and more familiar with the offense. It is good for the quarterbacks to go through this process, because it forces us to review what we do.

“As far as what we do on offense, it is the same system with Coach Elliott and Coach Scott. We are just continuing what we did when Coach (Chad) Morris was here.”

The Tigers worked for 16 periods, the first three of which were devoted to special teams. After practice, the veteran players did conditioning work while the younger players, including redshirts, worked on fundamentals with their position coaches.

“It was a good practice,” said Head Coach Dabo Swinney. “This is a great time of the year for coaches because it is all football. Finals ended Friday. We can spend some time with the younger players, and this is valuable for the future. I was pleased with what I saw today.

“The last two years we have played LSU and Ohio State, two more great programs. In both of those games, the trenches were very important. This game will be similar. Those wins were about proper technique and playing with a high motor. This game will be the same thing.”

Clemson continues with its bowl practices next week. The final practice before a short break for the holiday will be Saturday, December 20. The team holds its first practice in Orlando on December 24.