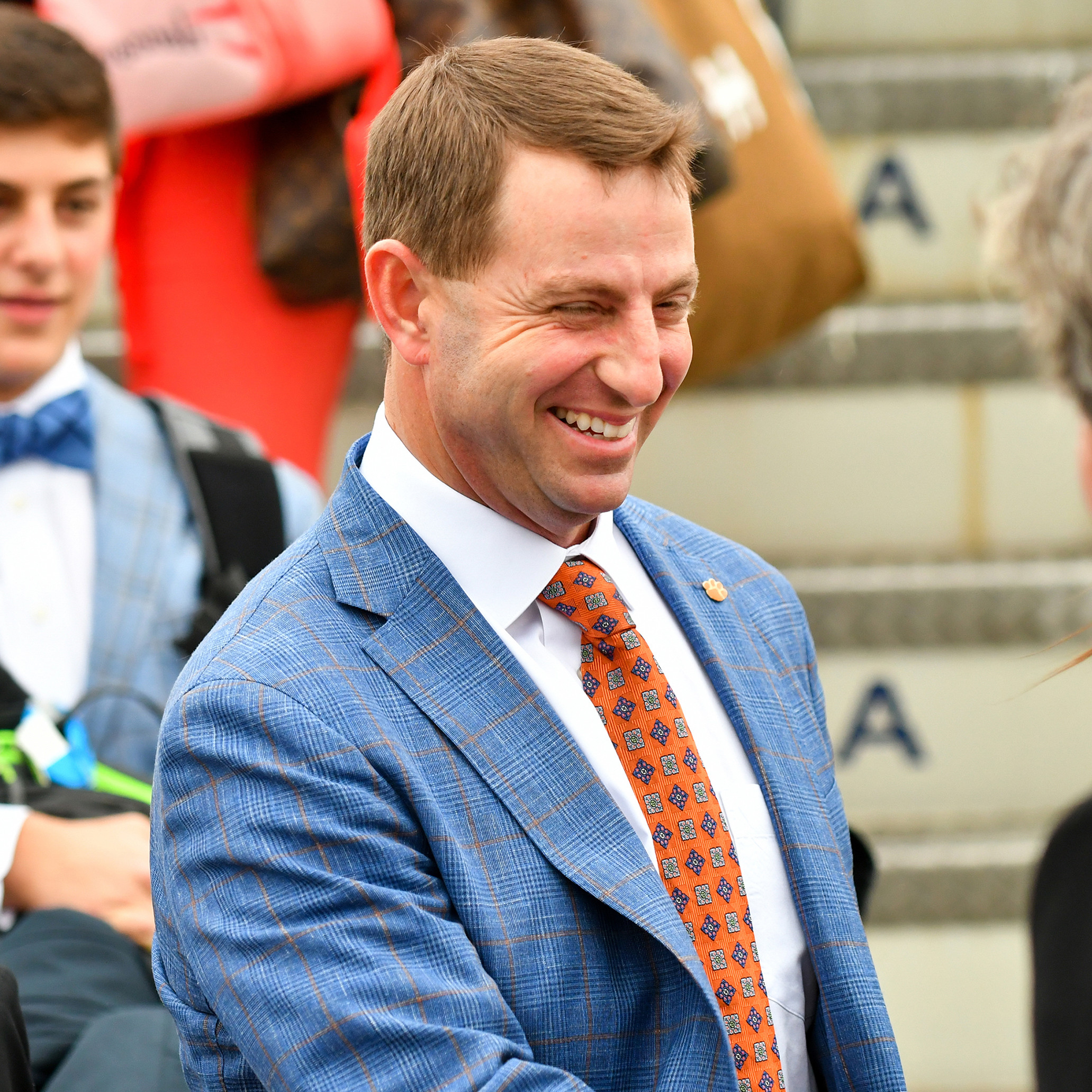 New Orleans, LA—The Clemson Tigers held their final practice in full pads prior to the 2018 Allstate Sugar Bowl Monday night. The No. 1 Tigers will face No. 4 ranked Alabama in the second semifinal of the night.

The Tigers worked for just over two hours at Tulane University’s Yulman Stadium Friday afternoon. The weather was much improved over the previous day as the sun was out the entire practice with temperatures in the mid 50s. “It was a crisp practice in perfect weather for football,” said Head Coach Dabo Swinney, who is looking to lead Clemson to an eighth bowl victory in his 10 years as head coach.

“It was a typical Wednesday practice as far as its structure.   It was our last day in full gear and we got through it in good shape from a health standpoint. We should be in good shape.   Saturday will be our normal Thursday practice.”

Swinney stressed to the team after the practice the importance of paying attention to detail and the importance of every play. This will be the third consecutive year the two schools have played in a bowl game. The combined score of the last two games is 76-75 in favor of Alabama.

“Everyone remembers that last year’s National Championship game was decided in the last second when Hunter Renfrow caught the pass from Deshaun Watson. But Hunter’s tackle after a fumble in the third quarter prevented a touchdown and was just as big. Deshaun had a punt out of a shotgun formation that flipped the field and was very important in terms of momentum.

“That will be the case again this year. Every play will have meaning and we have to be ready for the next snap.”

The Tigers have one more practice on Saturday afternoon. Saturday will begin with the entire team available to the media at the Superdome. Many members of the team will then visit a local hospital. Saturday night the team will attend an NBA game.

Among the visitors to practice on Friday was former Clemson running back Chad Jasmin, a native of the area. Jasmin is well known among Clemson fans for scoring four touchdowns against South Carolina in 2003. He closed out his career with a 130-yard rushing performance against sixth ranked Tennessee in the Chick-fil-A Bowl.