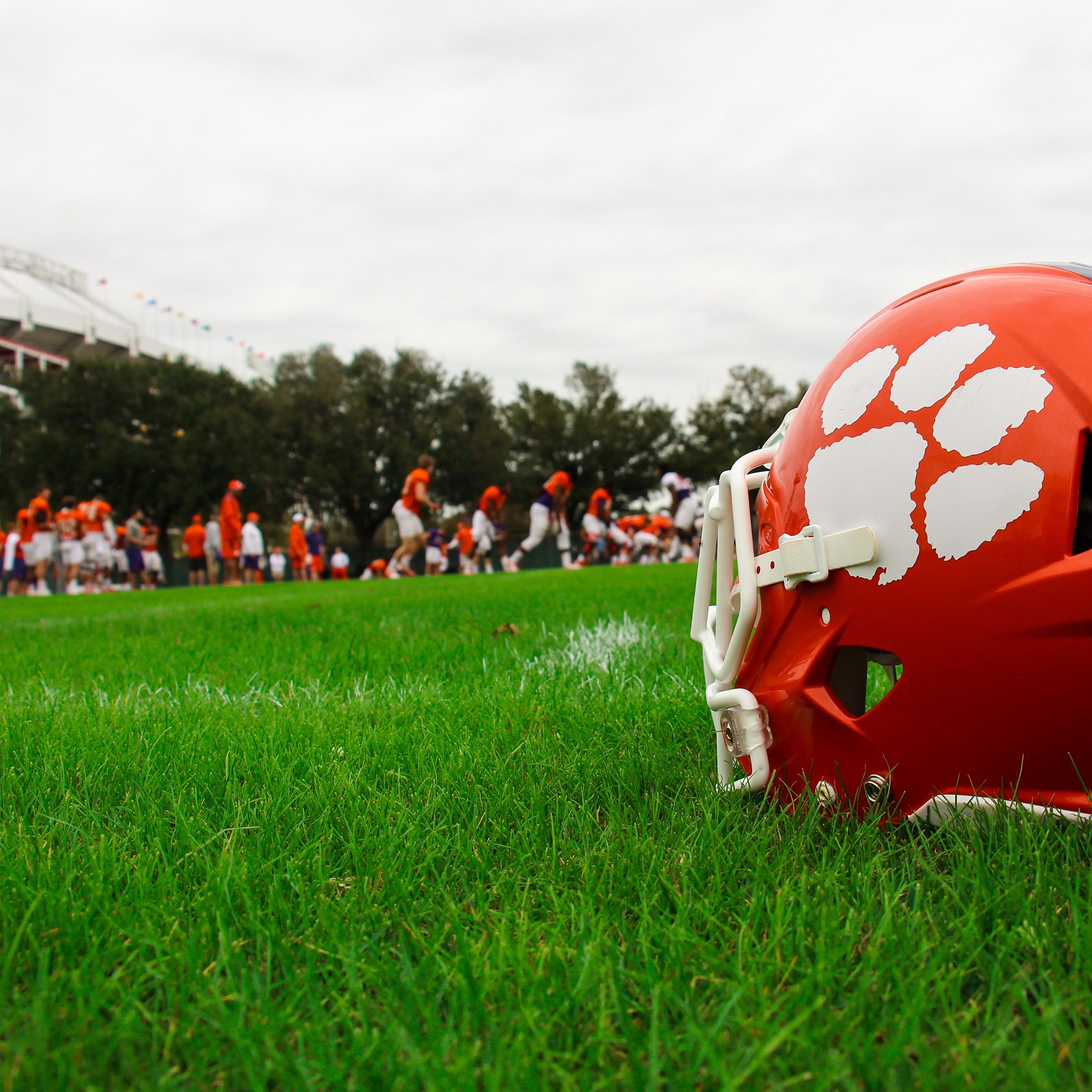 ORLANDO, FLA. – Friday was termed a successful and rewarding day for the Tiger football team in the eyes of Head Coach Dabo Swinney. Clemson spent the morning meeting with children at Give Kids the World Village, then had a “very good” practice in the afternoon at Thunder Field, which is adjacent to Orlando Citrus Bowl Stadium.

Friday was the final day in full pads for the 2014 Tigers, who meet No. 24 Oklahoma in the Russell Athletic Bowl on Monday at 5:30 p.m.

“We have had a good week of practice,” said Swinney. “In fact, it has been among the best bowl weeks of practice we have had since I’ve been at Clemson.

Swinney talked about the progress of his young players through the bowl practices.

“We finished the ‘JV’ practices with a scrimmage Thursday, and I was pleased with a number of players. C.J. Fuller looked very good as a running back. He is hard to tackle.

“I was also pleased with Scott Pagano over the course of the bowl practices. He is ready for those six senior defensive linemen to graduate and move on. I think he is going to help every one of them pack their bags next week. He is ready for an opportunity.”

Swinney also commented on the play of quarterback Cole Stoudt this week.

“Cole has practiced very well. I think he is going to play well in his final game. I know he is excited about the opportunity to finish 6-2 as a starter.

“If you look back at the games he struggled, it has been when he was not expecting to play (in games against Louisville and Georgia Tech). He has known he is going to be the starter in this game for quite some time. He is the healthiest he has been and he has prepared well.”

Saturday will be the final practice for the Tigers in preparation for Monday’s game. They will have a walkthrough Sunday in addition to attending the official bowl luncheon at noon.

• Defensive tackle DeShawn Williams celebrates his 22nd birthday Monday, the day of the Russell Athletic Bowl. It will be his 53rd and final game for the Tigers. He has never missed a game. Williams is a second-generation Tiger. His father, Ronald, played for the Tigers from 1990-92 and was a First-Team All-ACC running back as a first-year freshman in 1990. He started for the Tigers in their 1990 Hall of Fame Bowl win over Illinois.

• We are unaware of a starting Tiger who has played his final game on his birthday in a bowl game. The closest to do it is Clemson’s new quarterbacks coach, Brandon Streeter, who played his final game on Dec. 31, 1999 against Mississippi State in the Peach Bowl. Streeter celebrated his birthday the next day, or just 30 minutes after the game ended.

• Former Tiger starting linebacker Eric Sampson was a visitor at practice. He lettered for the Tigers in 2001, 2003 and 2004. Clemson was 2-0 in bowl games that he played.

• The Tigers won eight of their last nine regular-season games, the eighth time in history Clemson has won at least eight of its last nine. Clemson has gone on to win the bowl game each of the previous seven times it accomplished that feat.