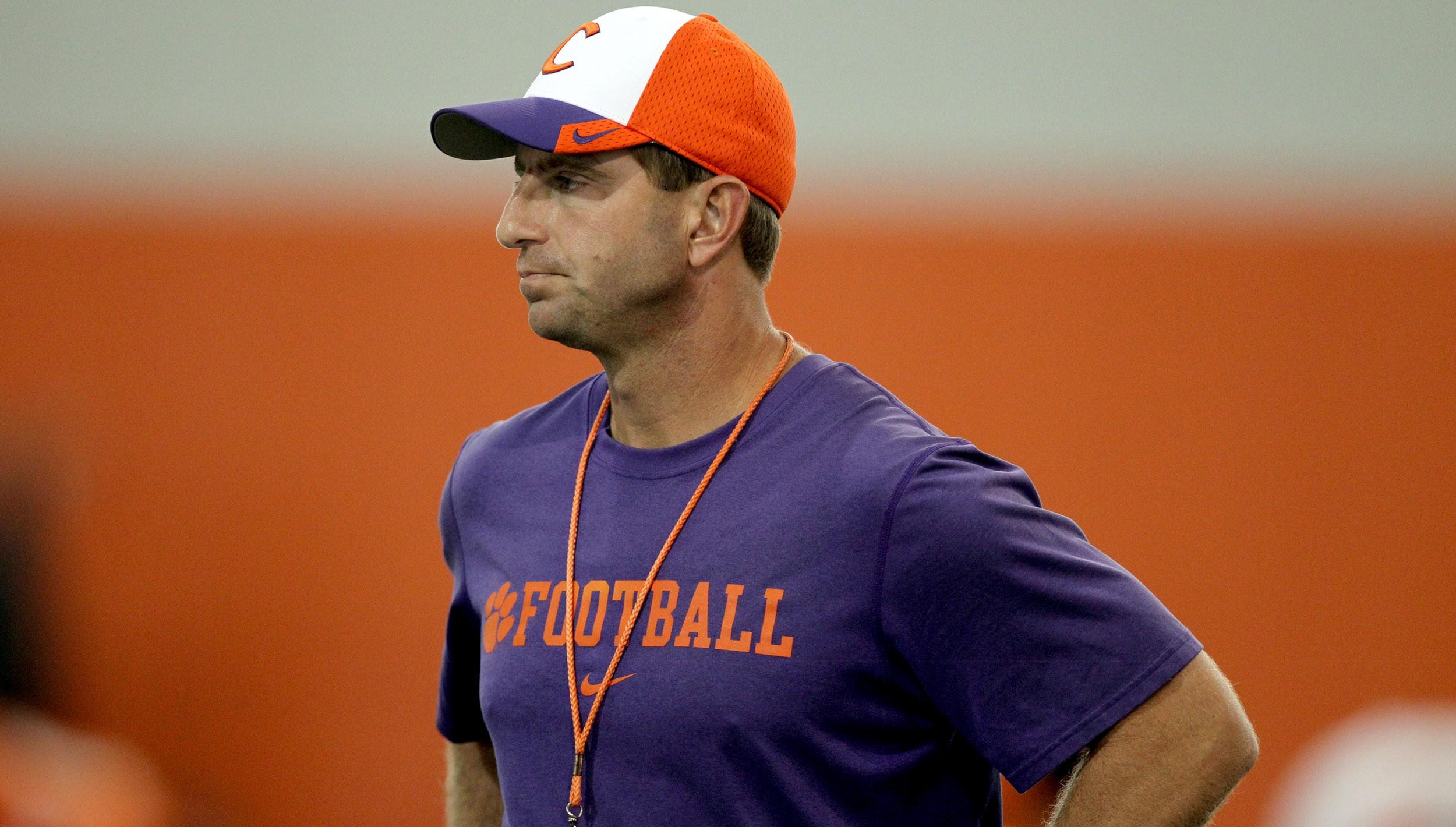 CLEMSON, S.C.-Dabo Swinney‘s Clemson football team held its final practice before Spring break on Wednesday and he was pleased with his team’s performance. The Tigers worked for just over two hours in the indoor facility and the workout included the most contact the team has had in its five sessions. Clemson will not practice again until Monday, March 24, as Clemson starts Spring Break on Saturday. The Tigers are preparing for the Spring Game at Death Valley on April 12. “This was a lot of fun,” said Swinney after practice. “It was the most live work we have done so far and I was pleased with how the team competed. “We had a lot of situation scrimmage work today. We had them work in short yardage, second-and-one, fourth-down situations. The guys competed all day. Swinney has a lot of newcomers in the secondary and at wide receiver and he was impressed with the progress of both units. “Mackensie Alexander has shown a competitive fire so far. I only saw him practice once last year and he was hurt the rest of the fall. I love where he is right now. “I have also been impressed with Adrian Baker and moving T.J. Green to safety might be the best position switch we have ever made. He has taken to the position like a fish to water. Germone Hopper had his best day at wide receiver. We are looking for consistency from him.” Swinney said he was impressed with his skill position players today. “We are going to be fine at quarterback, we are going to be fine at running back and we are going to be fine at wide receiver. We may be inexperienced, but we have talented players at those positions. We must develop at offensive tackle. We need some players to step up there. “I also said before practice started that I was concerned as to whom would take over for our all-time leading scorer (Chandler Catanzaro). But, Ammon Lakip has been outstanding. He has missed just one kick, and that was a 53-yarder last Saturday. He then came back and made the next kick. We all know how critical that position is. If I had to call out a bright spot so far, it would be Ammon.”