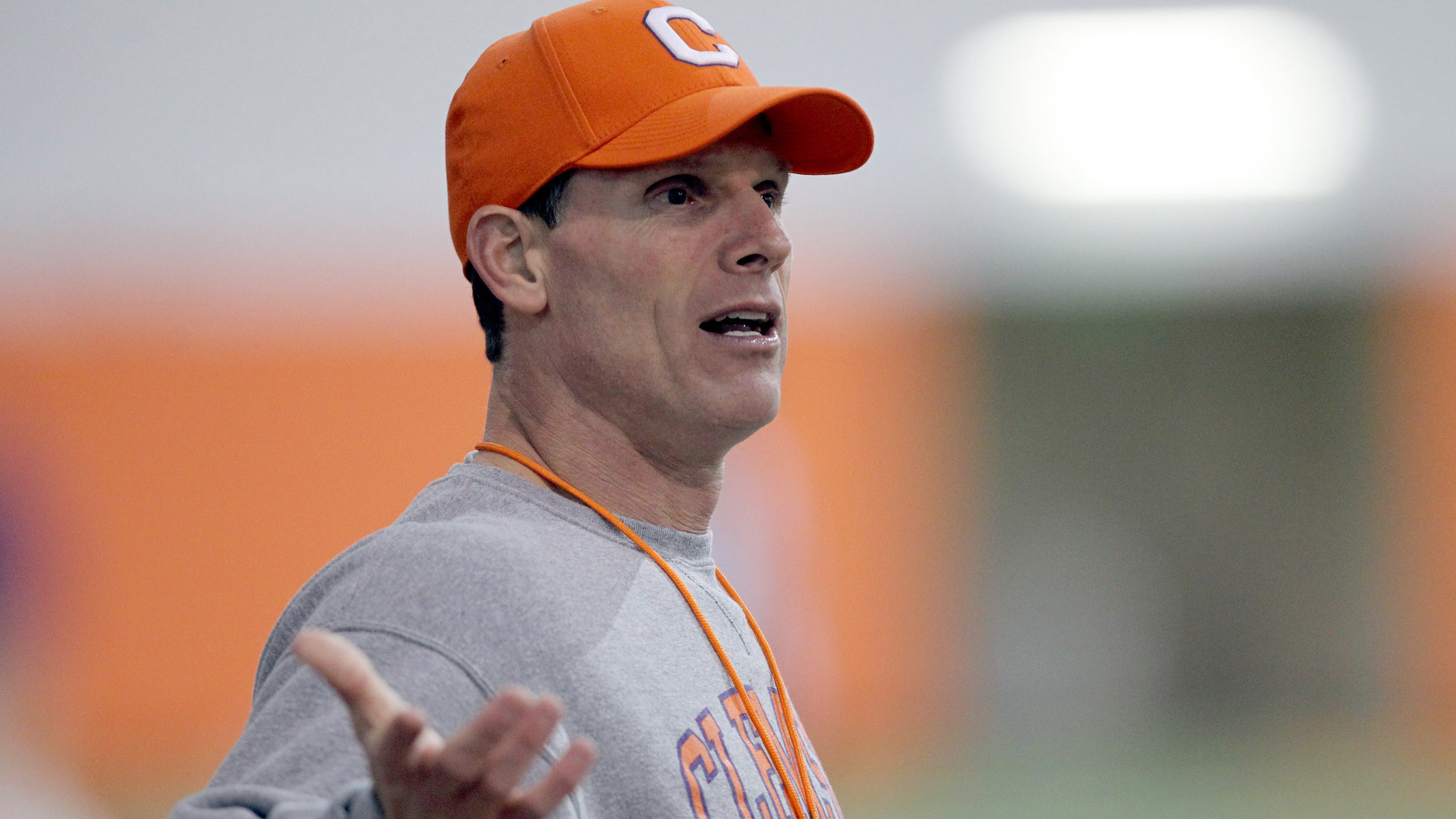 “This is a great opportunity for high school coaches to learn about the game and our program, but it is a give-and-take for two days,” said Swinney.  “We learn from them as well.

“We have had some great speakers.  Brian Billick, a Super Bowl Championship coach, did a tremendous job, as did Rich Bisaccia.”

Bisaccia is now the special teams coordinator of the Dallas Cowboys.  He coached Clemson’s career rushing leader  Raymond Priester during his Clemson stint, 1994-98.

Swinney worked his team for over two hours in front of the coaches attending the clinic.  At the close of the workout he brought his team to midfield at the indoor facility and showed the group an overhead view of a pit crew from a NASCAR race on the television screen in the west end of the facility.

“Everyone has a job to do and is part of a team,” said Swinney to his team. “Everyone takes pride in what they do in that crew and it all comes together to get the car back on the track in a matter of seconds.  It is beautiful to watch.   That is teamwork.”

From a news standpoint, 2013 injured players Charone Peake, Kevin Dodd and Carlos Watkins have all been granted a medical red-shirt year.  Clemson had filed paperwork with the ACC on behalf of the three players.  Peake will be classified as a red-shirt junior, while Dodd and Watkins will be red-shirt sophomores in terms of eligibility for 2014.

Friday’s practice was the final workout before the team holds its first major stadium scrimmage of the spring on Monday.  The scrimmage will be closed to the public.