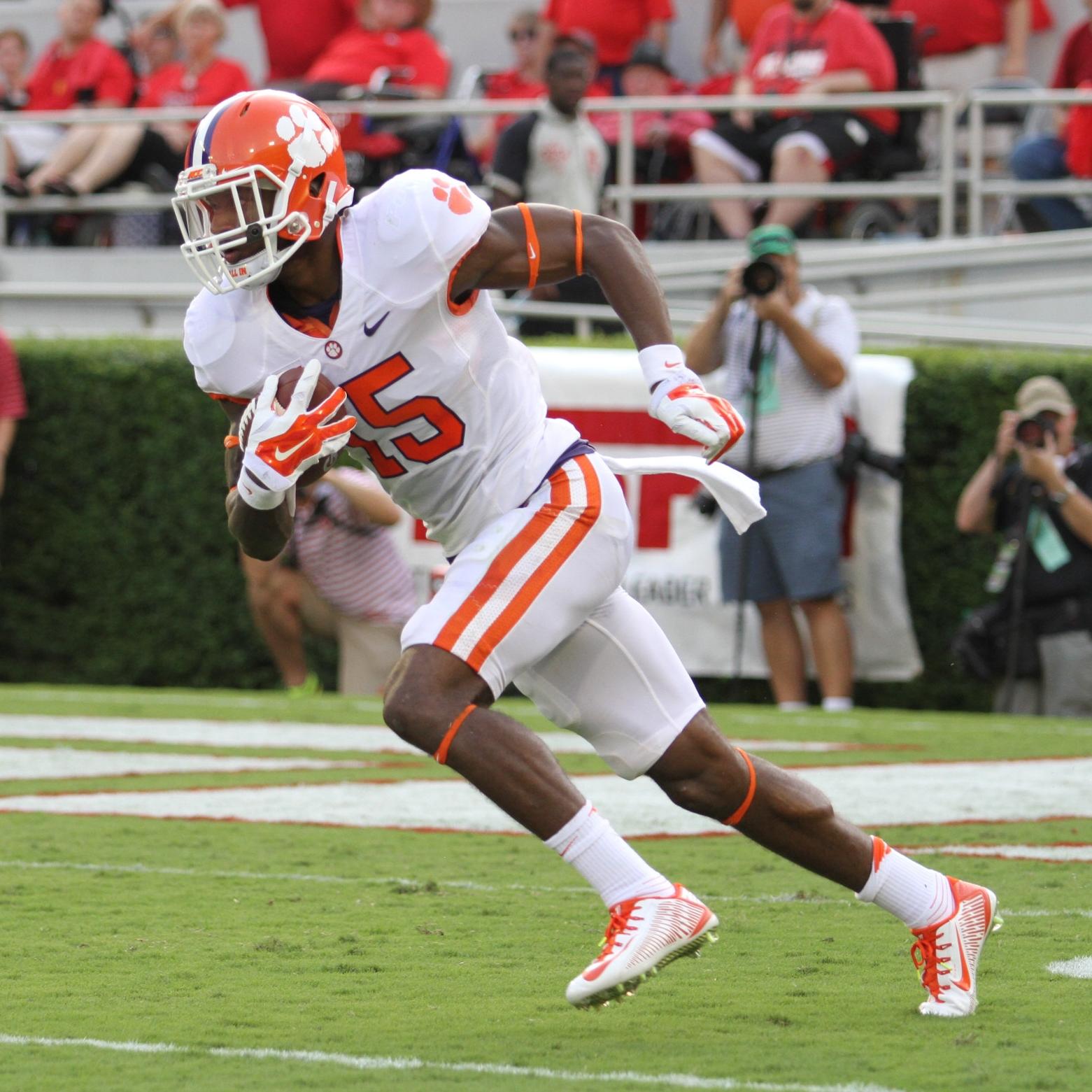 CLEMSON, S.C. — Wednesday afternoon Clemson held its final full pads practice prior to Saturday’s annual Spring Football Game in Memorial Stadium. The contest that will be the 15th and final spring practice session will start at 2:30 p.m., and admission is free.  A flag football game involving former Clemson players, known as the Sons Bowl, will start at noon.

Head Coach Dabo Swinney is looking forward to what he feels will be a competitive spring game.

“I think this will be one of the most competitive spring games we have had,” said Swinney, who has been Clemson’s head coach since October of 2008. “We have divided the team evenly. The plays won’t be scripted, but there will be a menu.

“It will be a good experience for a lot of the new players. You can say it is just a scrimmage, but the players will look up in the stands and see their parents and their grand parents, and they will want to perform well for them. It will also be an opportunity for many of them to play in front of a lot of people.”

Swinney said the head coaches for the  respective teams will be Brent Venables and Robbie Caldwell. The teams will be drafted on Thursday and there will be a shorts practice late Thursday afternoon to get the teams organized. Swinney said that Nick Schuessler would play quarterback for each team at points during the game. Freshmen Kelly Bryant and Tucker Israel will be on opposite sides and will not switch teams.

Swinney had his team go through a two-hour practice on Wednesday that included an hours worth of a situational scrimmage.

“This is the only practice in the spring where I have the first-team offense go against the second team defense and vice versa. We had a physical practice and half scrimmage on Monday.

Safety T.J. Green had the biggest play of the scrimmage when he scored on a 50-yard interception return. Carlos Watkins had another blocked field goal, his fourth of the spring scrimmage sessions.

“We lead the nation in blocked field goals this spring,” Swinney said.

“We are getting some great effort from the defensive line, but at the same time we miss Kalon Davis and David Beasley as field goal protectors. We might have been the best in the nation at field goal protection the last four years, and they were a big reason. We will have to work on that aspect of the game. Our backup kickers have to do a better job also.”