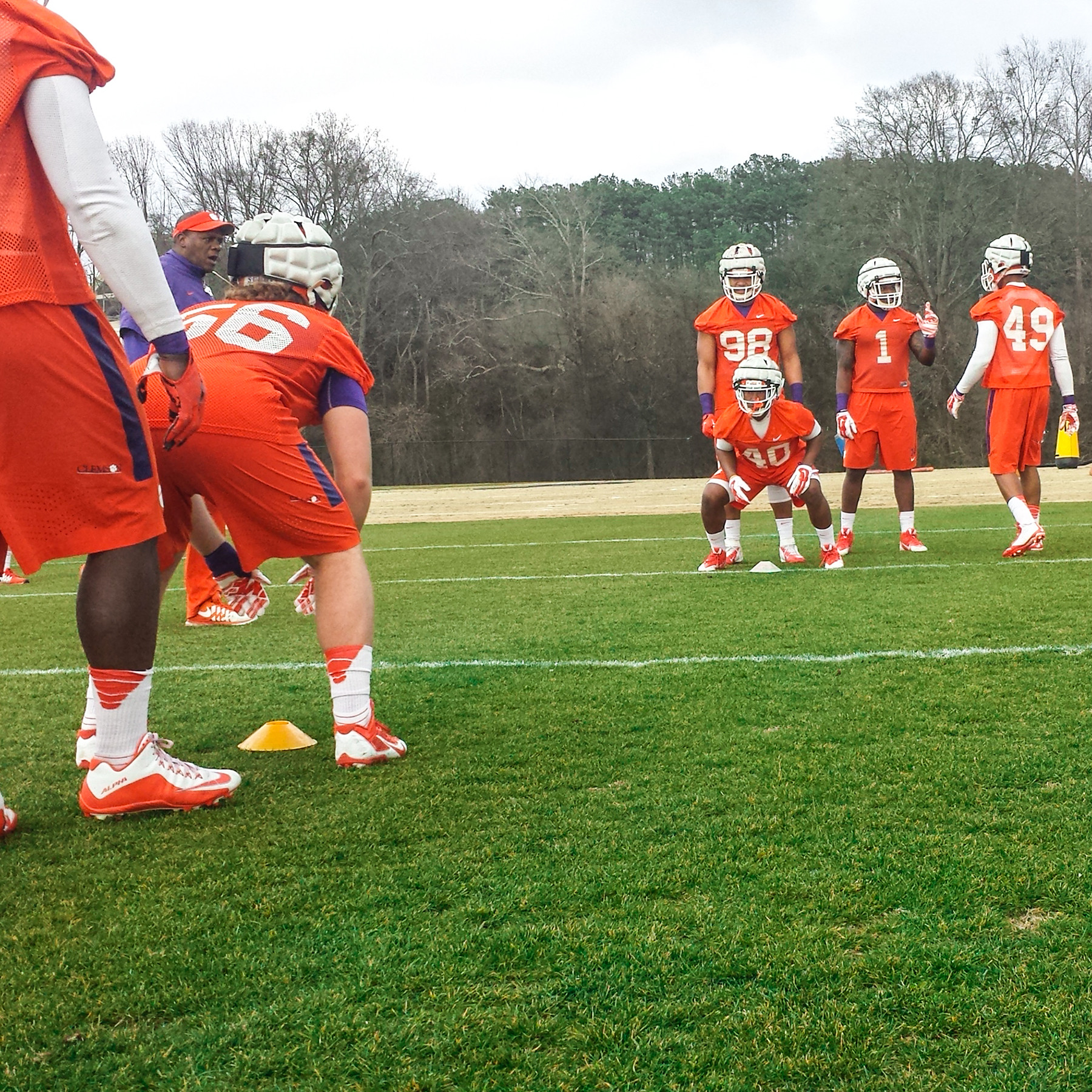 CLEMSON, S.C. – The Tiger football team had its most physical practice of the spring Monday during a two-hour workout on the practice fields behind the indoor facility. Clemson is a third of the way through its spring practice sessions that will conclude with the Spring Game on April 11 at 2:30 p.m. at Memorial Stadium.

Dabo Swinney’s Tigers had their first scrimmage work of the spring.

“We had energy on both sides of the ball,” said Swinney. “We had a situation scrimmage for half the workout and it was pretty even. We started some drives first-and-10, and other times we started fourth-and-three. We put our offense and defense in all kinds of situations. The losers had to do up-downs.

“We are as even as any team I have had in the spring and that is because we have so many scholarship players here. We have the same amount of experience on both sides of the ball, so we are getting more done from a competition standpoint.

Thanks to 15 January enrollees, Swinney’s Tigers are lacking just 10 scholarship players from the team that will take the field in September for the season opener against Wofford.

“We are doing a lot of teaching, more teaching than installation,” added Swinney. “I like what I see. It is going to be a fun team to coach. There is a lot of young energy here.”

The offense was without offensive players Mitch Hyatt, C.J. Davidson and Joe Gore. All should be back soon. Previously injured players Deshaun Watson, Stanton Seckinger, D.J. Greenlee and Adam Choice obviously did not go through Monday’s practice.