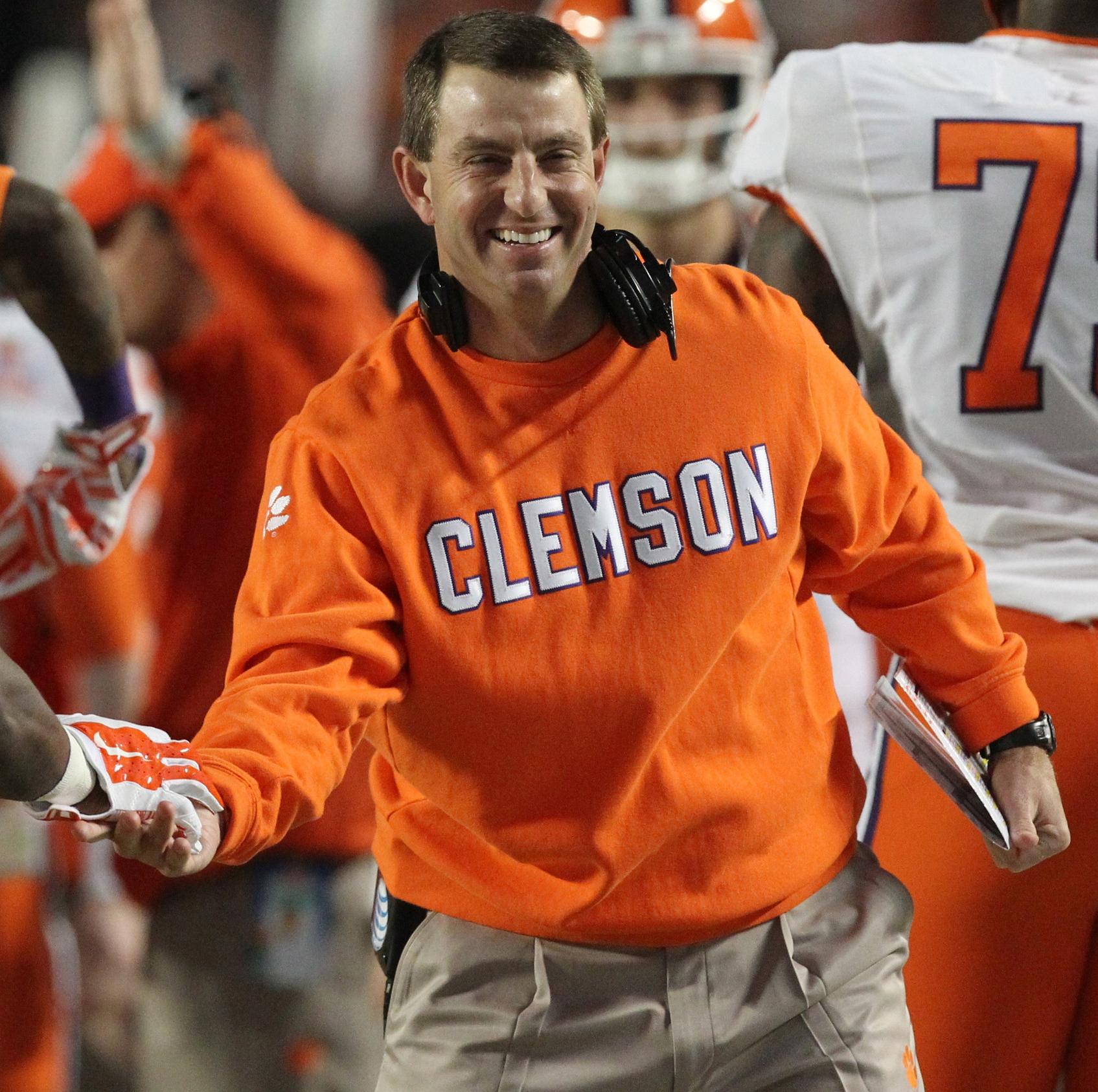 CLEMSON, S.C. — With the news of a season-ending injury to running back Zac Brooks on Wednesday, Dabo Swinney announced after Thursday’s practice that freshman Adam Choice would not redshirt this year. “With Zac’s injury we have just three healthy running backs to open the season,” he said. “You can’t go through a season with just three backs, so Adam Choice is going to play this year. Adam has had a great camp. He has a lot of natural ability and we have been very impressed with his ability to pick up the offense. We will get him ready and he will have an impact at some point this year.” Swinney said that Brooks’ injury is a ligament injury in his foot, but he should be back for spring practice. It is similar to an injury Andre Ellington had during his career.

“The positive is that Zac will still have two years to play. He has not redshirted. Andre has come back from it just fine. He had a 1,000-yard rushing season for us an is now the top back in Arizona (Cardinals).” Choice is a true freshman from Thomasville, Ga., and Thomas County Central High School. He was ranked among the top 125 players in the nation by Rivals.com last year. An option quarterback for much of his high school career, Choice finished as the school’s all-time leading rusher with 5,095 yards.   A fine all-around athlete, Choice reached the national finals of the MLB Pitch, Hit and Throw Competition at Yankee Stadium in 2008 at the age of 12. He is the cousin of former Georgia Tech running back Tashard Choice, who has played in the NFL the last six years. With the announcement of Shaq Anthony’s transfer to another institution on Thursday morning, Swinney commented on his tackle situation entering the Georgia game.

“We have been pleased with Isaiah Battle and Joe Gore in the preseason. This makes us more thin at tackle, but we have versatile, experienced players. We have been pleased with Reid Webster, who has played all five positions on the offensive line. Kalon Davis can also play the tackle position.” The Tigers will practice on Friday, then have meetings on Saturday and have Sunday off.