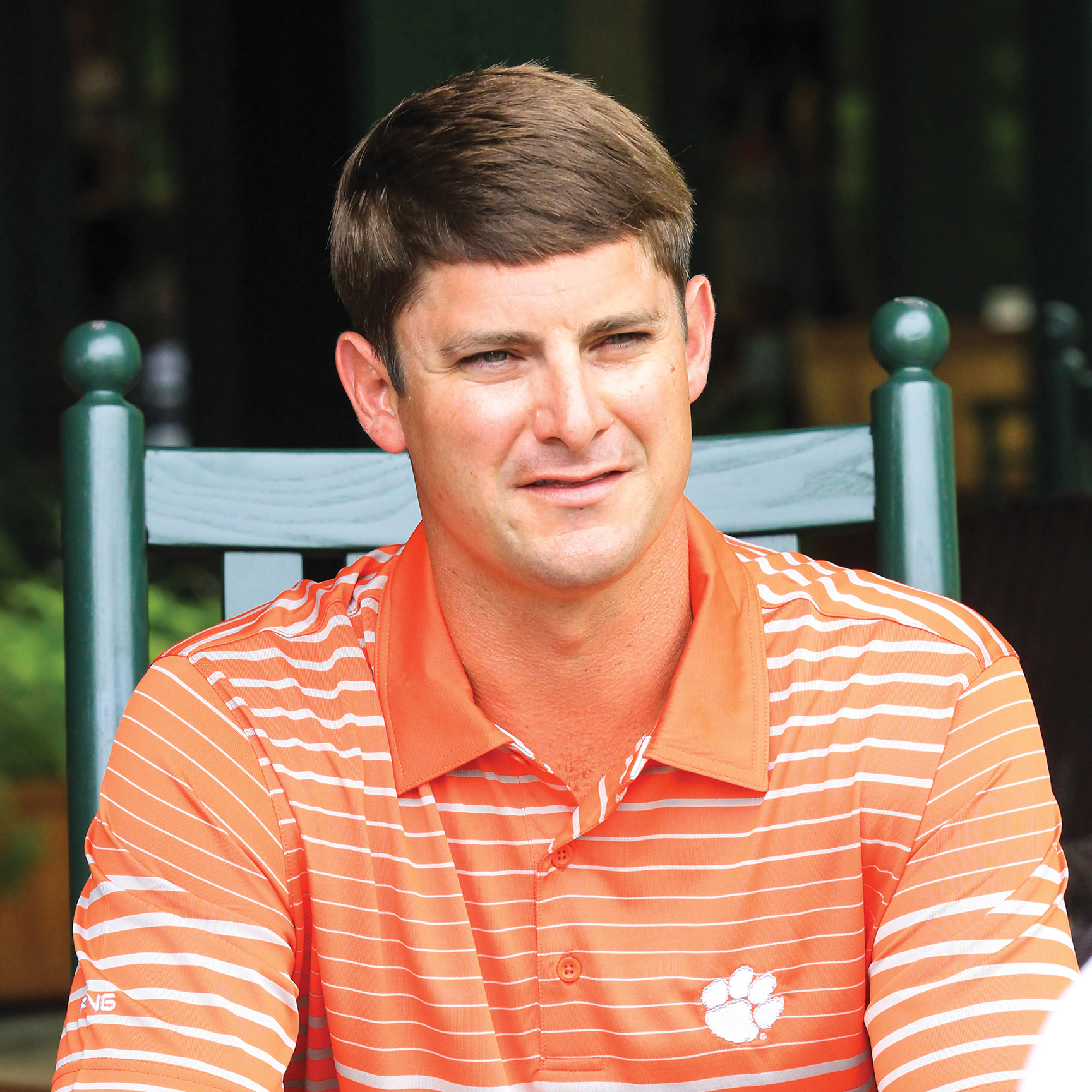 That is his approach and he has backed up his presentation to the prospects and their parents ever since he came to Clemson as an assistant coach in 2003.

A look to his 2014 staff shows he has hired no less than 18 former Tiger football players, some who played for him and some who did not, to various positions within his program. The list includes Tony Elliott, Danny Pearman and Jeff Scott, who are all full-time coaches and have been for multiple years. None of them played for Swinney as a head coach and Elliott played for him only one year when he was a wide receiver.

The other positions held by former Tiger football players include the video department, life skills, graduate assistants and even social media. They are all key components in running an elite program.

For Swinney, it is rewarding to give former Tigers a chance to come back to Clemson, but in many ways an even more important opportunity to begin their non-playing professional career.

“It is very rewarding to help these former Clemson players get a start in coaching or some other line of work within the program or college athletics in general,” said Swinney. “We have already seen that happen with Brian Mance, La’Donte Harris and Bobby Hutchinson. They have been part of our staff in past years and are now in coaching.”

Jeff Davis is another former Tiger who Swinney hired to a full-time position shortly after he became head coach in December 2008.

“Jeff is a great role model for our current players,” stated Swinney. “He is someone the players respect not only because he was a legendary player here, but how he lives his life. He is someone many players turn to for advice about football, but most importantly how to live your life.”

Davis is an example that there are more post-playing-day positions out there than just coaching. The college athletics field is growing every day.

“Look at Kyle Young, a former All-America center here,” said Swinney. “He is an assistant athletic director who has been a sports supervisor, has handled scheduling and now is in charge of personnel.”

Swinney is one of the most passionate coaches in the nation when it comes to seeing his players graduate. In his time as a head coach, 84 of 90 seniors have graduated. The six who have not are all currently on NFL rosters.

Each year, Swinney contacts the non-graduates in writing about their plan to return to Clemson and get their degree. His letters for this year went out last month.

“I am off his list as of today,” said former Tiger Dwayne Allen, a starting tight end with the Indianapolis Colts, in early August at graduation. “Every time I saw Coach Swinney he would ask me when I was going to finish up my degree.

“Well, I got it today. It was a great day, a big moment in my life and I thank him and the Clemson Family for all they have done for me when I was here as a player and since I have been in the NFL with the Colts.

“It shows you how much Coach Swinney cares about his players after they leave Clemson.”

Allen played for Swinney from 2009-11, but he has also been very supportive in helping players who did not play for him come back and get their degree and serve as student assistants on his staff. Former Clemson All-American Keith Adams was at Clemson from 1998-00, so he was here before Swinney came as an assistant coach. But Swinney allowed Adams to work as a student assistant and gain some experience for his resumé while he finished his degree.

Today, that is the case with former Clemson standouts Roscoe Crosby, Leroy Hill and Phillip Merling. Crosby came to Clemson in 2001 when he set some first-year freshman receiving records that Sammy Watkins has since broken. Hill played eight years in the NFL with Seattle after he was the ACC Defensive Player-of-the-Year in 2004, and Merling played six years in the NFL with various teams after an All-ACC career at Clemson. None of those players redshirted and Merling turned professional after his junior year, so they still need a couple of semesters to finish.

“All three are engaged in helping our program, but they are engaged in their school work,” said Swinney. “It means so much more to them now because they are entering a new phase of their life. I’m glad we can have a positive effect on their transition.

Scott has a unique perspective in that he is a former Tiger player and now a coach who is also the recruiting coordinator for Swinney’s program.

“I have a great job,” stated Scott. “I have the opportunity to work at a place I went to school and a place I love. So few coaches have that opportunity.

“My former teammates come back to games and are proud of their alma mater. That makes me feel good about what we are doing and how we are doing it. I can provide a face back to their time at Clemson when they come back to a game or stop by campus.”

Scott also said having many former Tiger players on staff sends a message to recruits, their parents and Clemson’s current players.

“Having former Clemson players involved with the day-to-day operations of our program sends a positive message to our current players that we are not just here to coach them as football players,” added Scott. “We care about what they do after they graduate. You are a Tiger for life.”

Swinney also believes there is a big positive to having former players on his staff.

“We want coaches and staff who have a passion for this program, and our former players certainly have that because they’ve been through the program and have gone to school here. They know what it means to be a Clemson Tiger.”