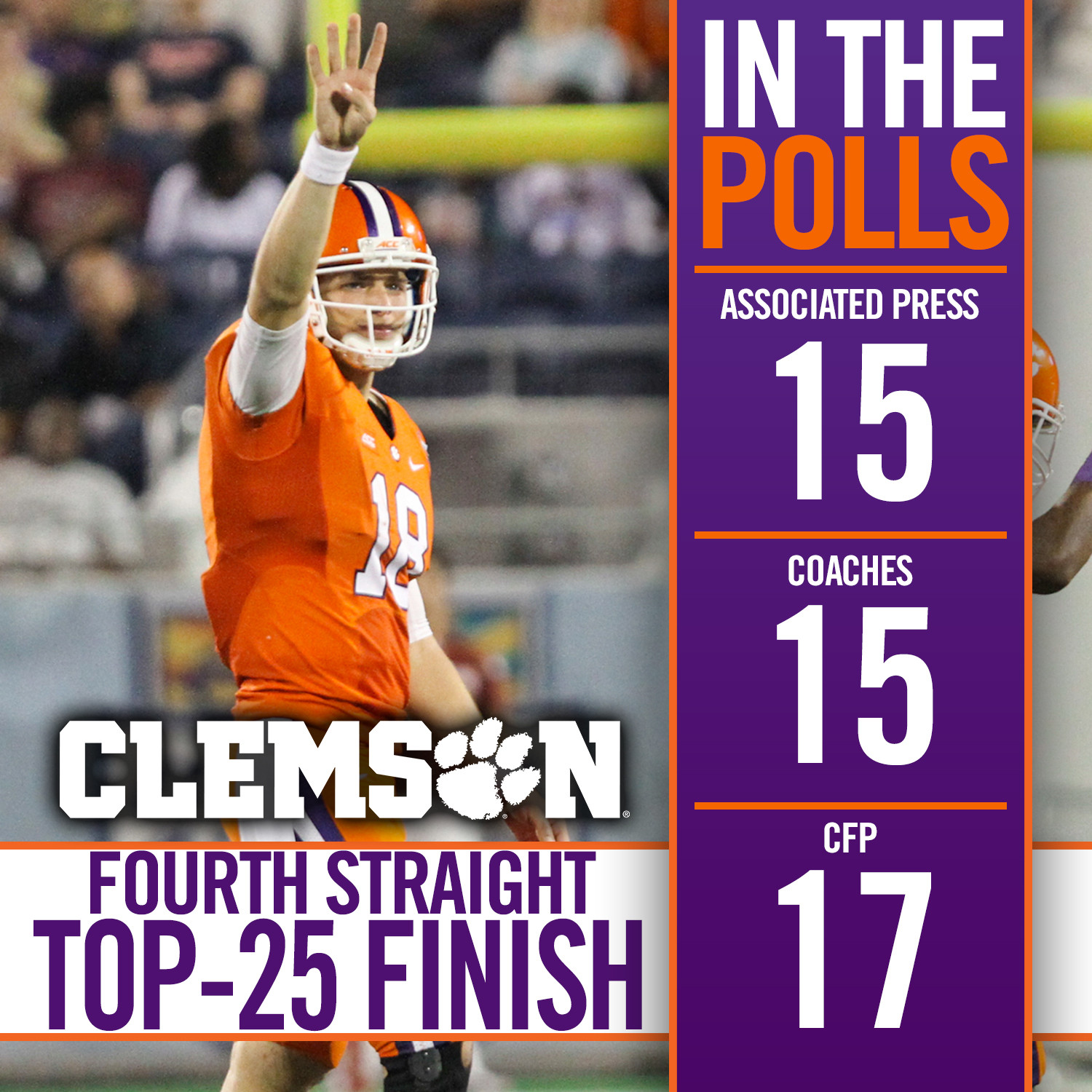 Tigers Finish No. 15 in Polls

CLEMSON, S.C. – The 2014 Tigers were ranked No. 15 in the final Associated Press and USA Today polls, released Tuesday. It marked the fourth straight top-25 finish and third straight top-15 finish for Head Coach Dabo Swinney’s program in both polls.

Ohio State, ranked No. 5 in the nation in the final regular-season AP poll, jumped to No. 1 in the final poll by virtue of its postseason wins over Alabama and Oregon. The Ducks finished No. 2, followed by TCU and Alabama. Florida State and Michigan State tied for No. 5, while Baylor was No. 7. Georgia Tech, Georgia and UCLA rounded out the AP top 10.

The 2014 season marked the fourth straight year and fifth time in the six full seasons Swinney has been Clemson’s head coach that the Tigers had a higher final AP ranking than their preseason ranking.

The Tigers concluded the season with three consecutive victories for the first time since 2005, including triumphs over state-rival South Carolina and Oklahoma in the Russell Athletic Bowl to finish with a 10-3 record. It was Clemson’s fourth straight 10-win season, something only Alabama, Northern Illinois and Oregon have also accomplished. The program’s 42 wins over the last four years are a school record for a four-year period as well.

Clemson is also the only school in the country with a higher final top-25 USA Today ranking than its preseason ranking each of the last four years.