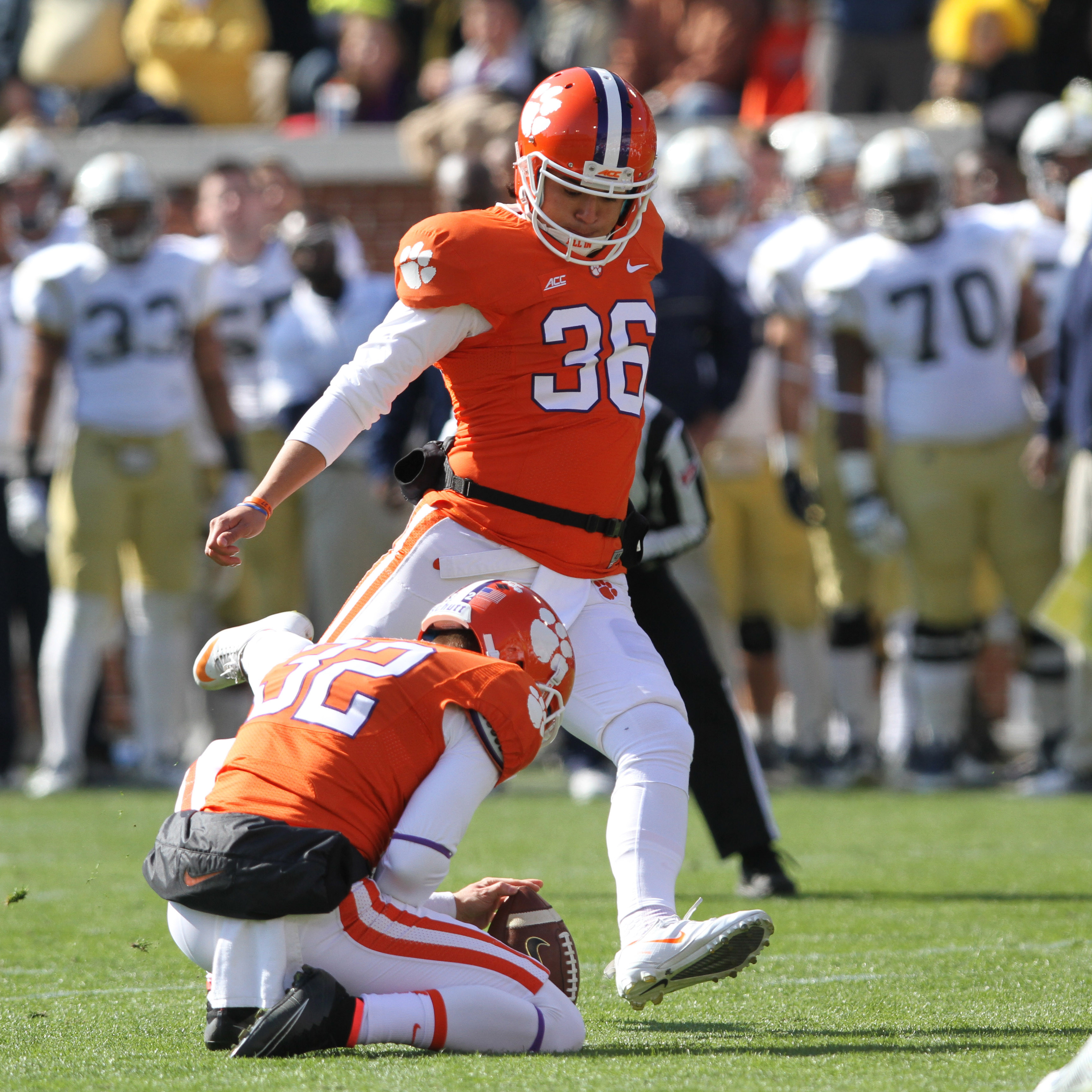 ATLANTA — The Tigers lost starting quarterback Deshaun Watson to another injury and could not overcome a slew of turnovers, two of which were converted for touchdowns in a 28-6 loss to No. 22 Georgia Tech at Bobby Dodd Stadium. With the loss, the No. 17 Tigers finish the ACC campaign with a 6-2 record, and fall to 7-3 overall. Tech moves to 9-2 overall, finishing 6-2 in the Coastal Division.

“This loss hurts, but we have to rally together,” said head coach Dabo Swinney. “We have to respond, simple as that.”

With Watson making his first start since the Louisville game, the Tiger offense was operating well and led 3-0 and threatened to add to it. He immediately grasped for his knee after a first-down rush at the Tech 14, and left the game. Cole Stoudt’s first pass was intercepted and returned for a touchdown three players later, giving the Jackets a 6-3 lead.

The Tigers hung tough defensively, yielding just 117 yards in the opening stanza to one of the nation’s high-powered rushing attacks. Clemson had five tackles for loss and two sacks in the first half alone and trailed 9-3.

In the second half, the Jackets intercepted a Stoudt pass early and converted it into points and later took another one for six to blow the game open. Despite Clemson’s offensive struggles, the Tiger defense stood tall most of the day, allowing just 353 yards to a team averaging 481.3 entering the contest. It also allowed just one touchdown.

Offensively, freshman Wayne Gallman continued to show his development. The Peach State native produced 82 rushing yards on 14 carries. Watson had seven totes for 40 yards on the ground prior to the injury.

“We won’t make any excuses,” said offensive coordinator Chad Morris. “We have to be able to operate our base offense.”

The Tigers return home to take on Georgia State at 3:30 p.m. on Nov. 22. The game has been designated Military Appreciation Day at Memorial Stadium.