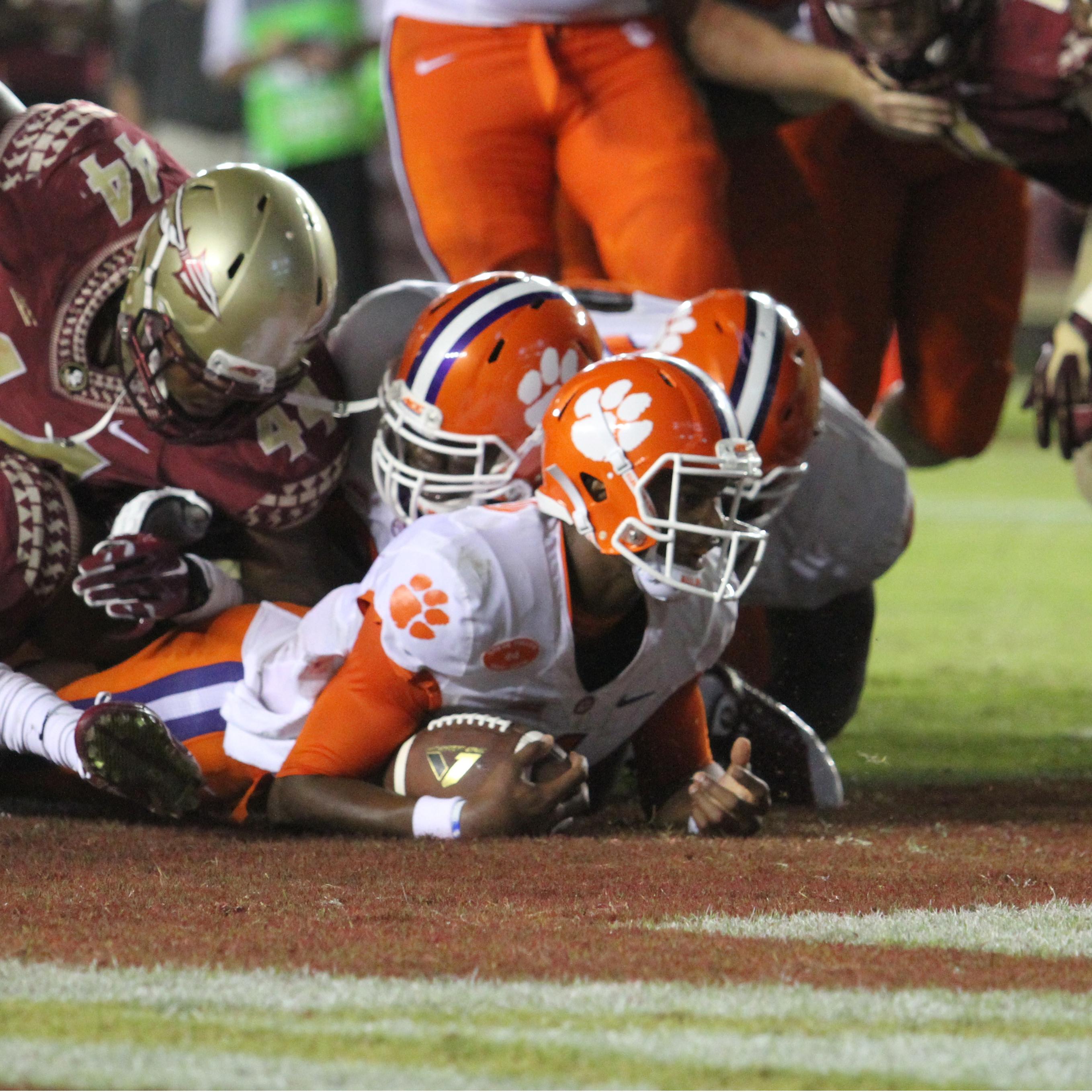 Tigers Fall at No. 1 FSU

TALLAHASSEE, Fla. – Clemson battled the defending national champions and threatened to end Florida State’s 18-game winning streak to the end, but the Seminoles prevailed 23-17 in overtime when Karlos Williams scored on a 12-yard run. The loss dropped the Tigers to 1-2 overall, 0-1 in the ACC. Florida State improved to 3-0, 1-0 in league play.

The Tigers came into Tallahassee with a prime opportunity to upset the defending national champions, but a late turnover and crucial mistakes proved costly in a game that could simply be described as a missed opportunity.

A bright spot from the disappointing night, freshman quarterback Deshaun Watson entered the game in the Tigers’ third offensive series and played for the rest of the game, finishing 19 of 28 for 266 yards and 12 carries for 30 yards and a touchdown. The Tigers’ offense finished with 407 total yards and running back C.J. Davidson led the Tigers with 54 rushing yards on 12 carries.

Clemson’s defense came to play early and often, amassing five sacks on the night, with Vic Beasley earning two of them to bring his career total to 25. The Tigers kept substitute quarterback Sean Maguire under pressure for most of the night, intercepting two passes in the second half. However, Maguire and the Seminole offense made just enough plays to overcome the Tigers’ pass rush to stay undefeated.

The Tigers return home for a three-game stretch in Death Valley, beginning with a matchup against the North Carolina Tar Heels at 7 p.m. next Saturday. The game time was announced by the ACC shortly after the contest ended at FSU.