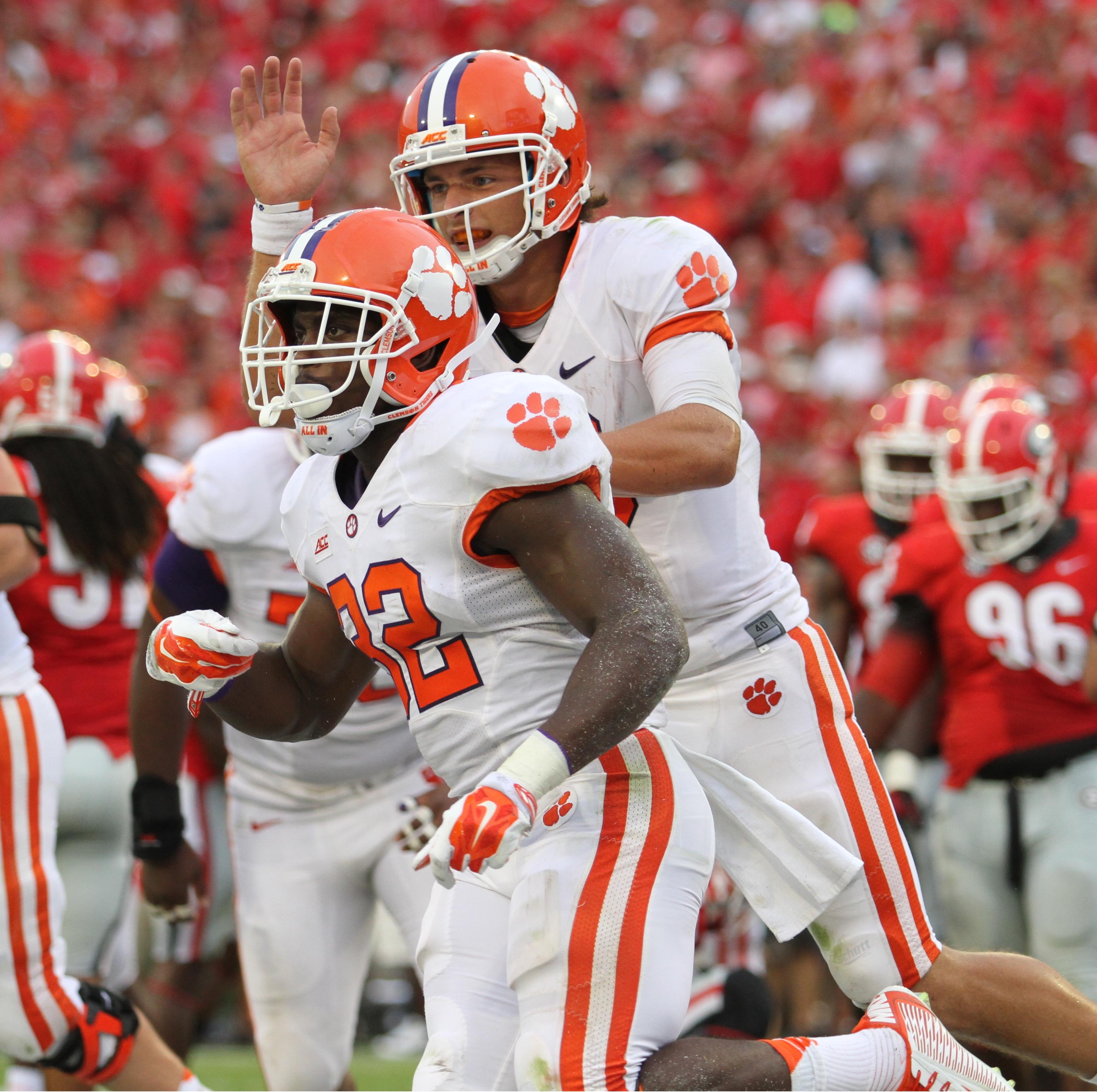 ATHENS, Ga. – An engaging matchup throughout the first half, No. 12 Georgia pulled away at home to defeat No. 16 Clemson 45-21 behind an impressive rushing attack.

In his first career start, senior quarterback Cole Stoudt was out to show the Clemson offense was not all Tajh Boyd and Sammy Watkins. And in the first half, he didn’t disappoint. Stoudt and the offense orchestrated an effective, 12-play, 70 scoring drive on the offense’s first series, capped by a one-yard touchdown run from senior running back DJ Howard.

However, Georgia rallied behind senior quarterback in Hutson Mason and leaned on the dynamic, superstar ability of Gurley, who put up two scores to end the first quarter with a 14-7 Bulldog lead.

Tiger fans saw a quick glimpse of the future when Deshaun Watson, the No. 1 rated dual-threat quarterback from the Tigers’ latest 2014 class, entered the game in place of Stoudt in the second quarter and led a six play, 78-yard scoring drive, ending with a highlight 30-yard touchdown throw to Charone Peake to even the score, 14-14.

The Clemson defense played effectively in the first half, holding Georgia to 68 passing yards and 45 rushing yards and Gurley to only 44 of those yards. But Gurley broke through, taking a kickoff return 100 yards in the second quarter and dominating the second half.

CJ Davidson was the Tigers’ leading rusher with 57 yards on 13 carries and a touchdown, while sophomore receiver Mike Williams led the Tigers with 88 reception yards on three catches. Charone Peake had the Tigers’ lone touchdown catch of the day.

Clemson returns to play in Death Valley next Saturday, September 6 against the South Carolina State Bulldogs with a 12:30 p.m. kickoff time.