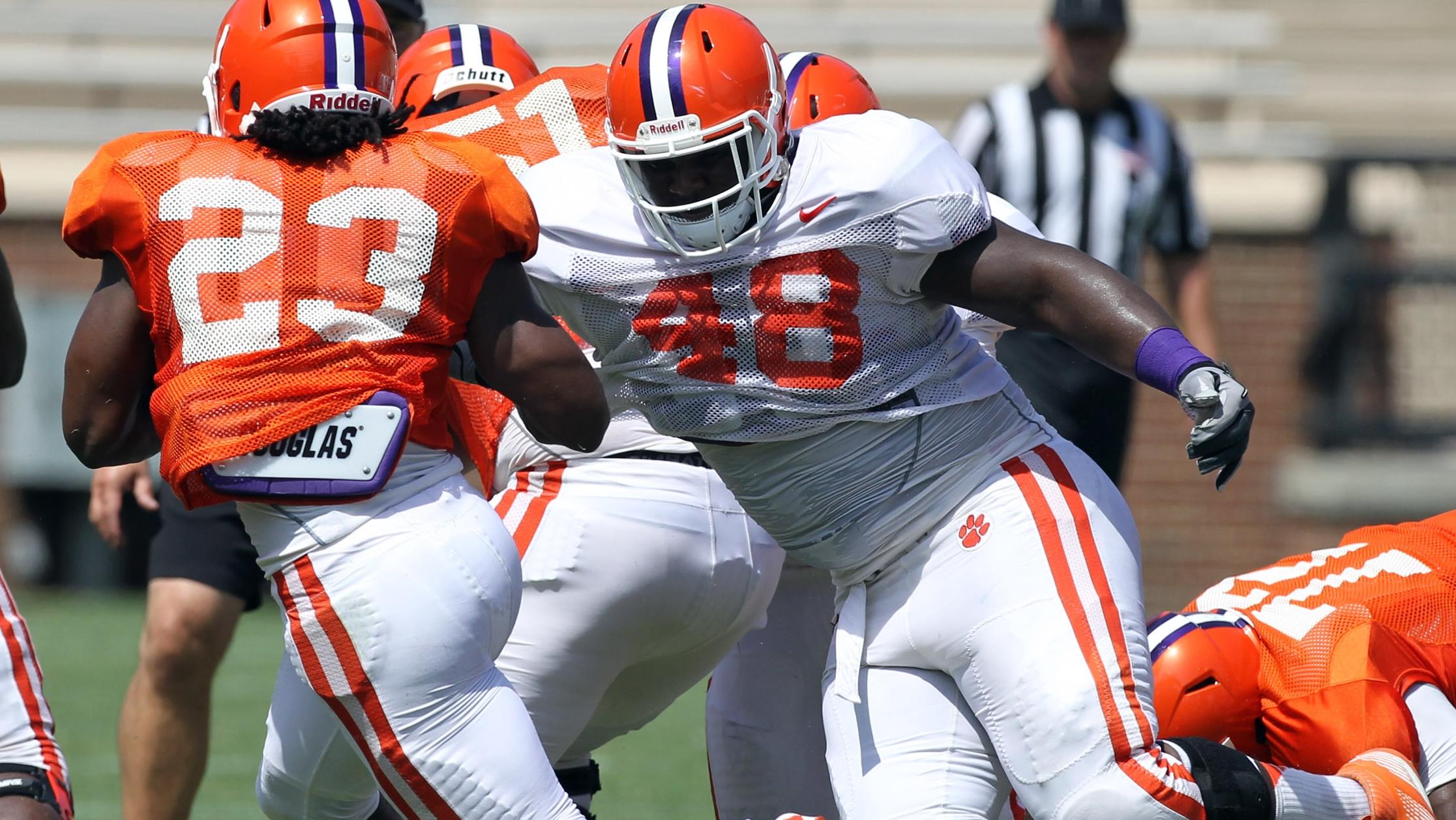 CLEMSON, S.C. – Dabo Swinney’s Tigers held their 11th of 15 spring practices Friday afternoon at the program’s indoor facility. His team worked for two hours, a workout that included a half scrimmage.

The Tigers are preparing for the annual Spring Game on April 12 at Memorial Stadium at 4 p.m. Admission and parking are free.

“The three freshman receivers (Demarre Kitt, Kyrin Priester, Artavis Scott) played very well.  They have gotten better every day and it is something to see because they are working with different units and learning the system. It is not easy to do for players who just arrived in January. I have been impressed with their speed and physicality.”

All three made long receptions during the two-minute drill for their respective units. Priester made an exceptional 40-yard catch in traffic.

“Another receiver who is playing well is Seth Ryan. He caught the last touchdown pass in the two-minute drill. He has improved as much as any player on the team this spring.”

“The defense had the upper hand in the short-yardage situations,” said Swinney. “We have a deep defensive line and I have been impressed with those guys all spring.”

The Tigers have four days of work remaining in spring practice.  They will have a stadium scrimmage Monday, a full-gear practice Wednesday, a shorts practice Thursday, then the Spring Game on Saturday.

“We really have just two evaluation days left before the Spring Game. Monday’s scrimmage will be very important.”