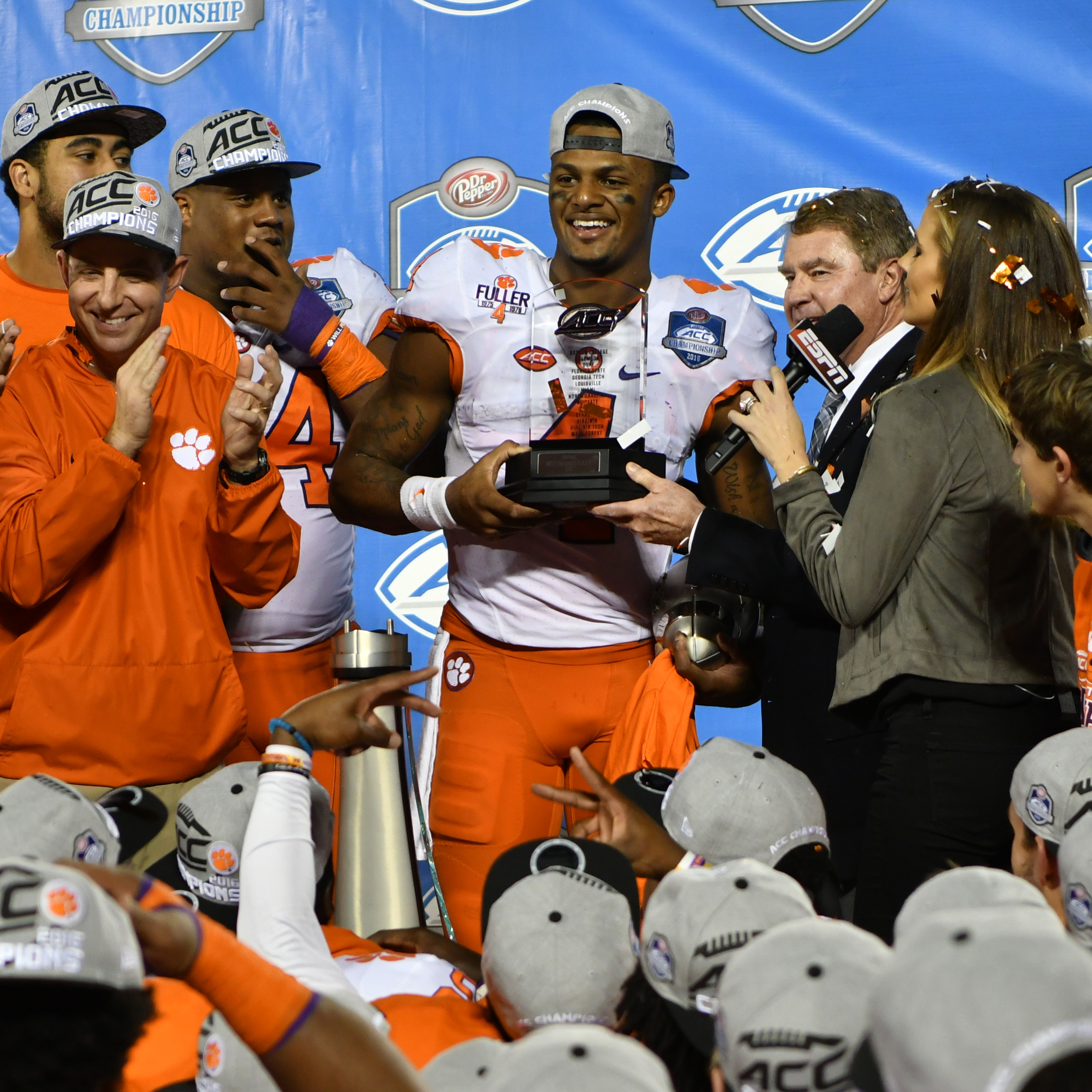 ORLANDO, Fla. — Deshaun Watson accounted for five touchdowns Saturday and Cordrea Tankersley ended a Virginia Tech threat with his second interception as the No. 3 Clemson Tigers handled the Hokies 42-35 to win the program’s 16th ACC Championship at Camping World Stadium. Clemson moved to 12-1 with the win and await word Sunday on a potential bid to the College Football Playoff.

Watson passed for 288 yards and three touchdowns, while adding 85 rushing yards and two more scores to collect Most Valuable Player honors. Tankersley’s second interception came with Virginia Tech facing a 4th-and-6 and threatening in Clemson territory with less than 90 seconds to play.

Clemson wasted little time in building a 14-0 lead after two offensive possessions. Watson was sharp, completing his first 10 passes of the game and 19 straight dating to the South Carolina contest. He ran the first touchdown in and found a wide open Jordan Leggett for the second, pushing Clemson off to a fast start. Tech responded with a brilliant fake punt, which led to a one-yard touchdown run with 51 seconds left in the quarter.

The Hokies owned the second 15 minutes. Tech’s biggest momentum shift occurred after Jerod Evans found a wide open Isaiah Ford down the Clemson sideline for a 53-yard gain. That led to an 11-yard touchdown run by Evans. Watson cooled a bit, connecting on only four of his next nine passes as Tech’s defensive coordinator Bud Foster continued to bring pressure.

Momentum still seemed to favor VT when Watson threw an interception on Clemson’s first possession after the half, but the defense stood strong. A third-down sack by Carlos Watkins gave the Tigers the ball right back, and Watson directed a strong 89-yard scoring drive that ended with an eight-yard Wayne Gallman touchdown.

Clemson held a 35-14 lead late in the third, but the Hokies stormed back behind more big plays offensively. A pair of scores on the ground pulled Tech within seven early in the fourth, but Hunter Renfrow came through on the ensuing drive with two huge plays. First, the sophomore wideout caught a brilliant 31-yard leaping catch on second-and-long. Then, he took a run-pass option in from 15 yards for Watson’s fifth touchdown.