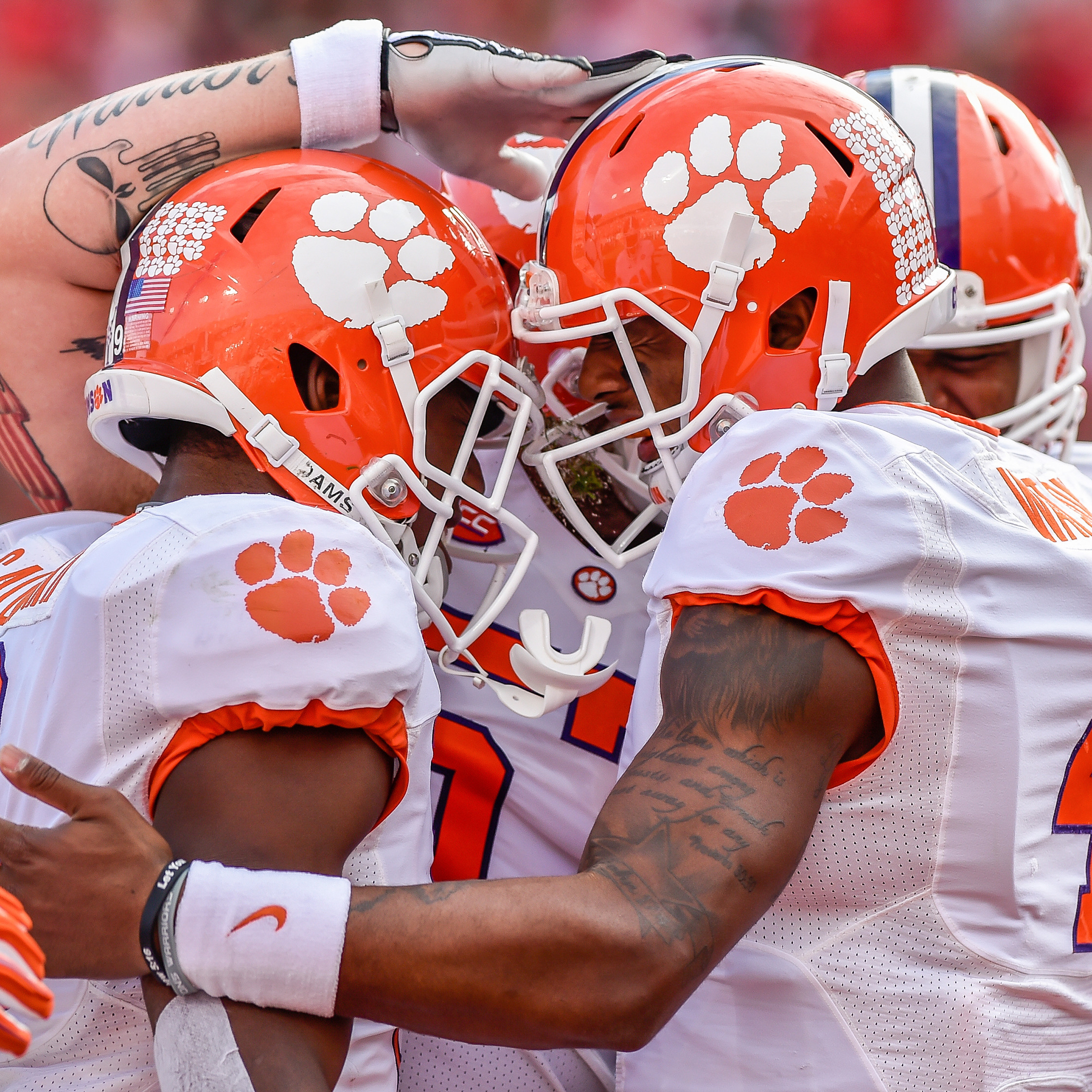 CLEMSON, S.C. – The Tigers are ranked No. 1 in the nation in the initial 2015 College Football Playoff poll, released Tuesday evening. It marks just the third time in history Clemson has been No. 1 in an in-season major poll. The Tigers were ranked No. 1 for the final two polls of the 1981 season.

Clemson is ranked No. 1, followed by Louisiana State, Ohio State and Alabama. Notre Dame is No. 5, followed by Baylor, Michigan State, TCU, Iowa and Florida.

The Tigers face Florida State, ranked No. 16 in the College Football Playoff poll, Saturday at 3:30 p.m., at Memorial Stadium.

Clemson is ranked No. 3 by Associated Press and No. 5 by the coaches this week.

This year’s Clemson team has shown a strong performance on offense and defense. The Tigers are 11th in the nation in scoring offense (40.6), 19th in total offense (485.1) and 13th in passing efficiency.

Clemson was ranked in the top 25 of all eight College Football Playoff polls in 2014, including a high of No. 17 in the final poll that was released on December 7.

Swinney is pleased with the ranking, but he is clear that this is just the first poll of the process. The teams that will be chosen for the playoff by the 12-member committee will be announced on December 6.

“It is an honor to be ranked No. 1 and it shows we have had a very good year to this point,” said Swinney. “But anyone near the top of this poll today should not throw a party and no team should be down in the dumps because they aren’t ranked high. Ohio State was No. 16 in the first poll last year and won the national championship.

“The only poll we’re excited about will be released December 6. I promise you we will have the biggest poll party you’ve ever seen if we are in the (top four of the) poll on that day. Our focus right now is trying to beat Florida State.”