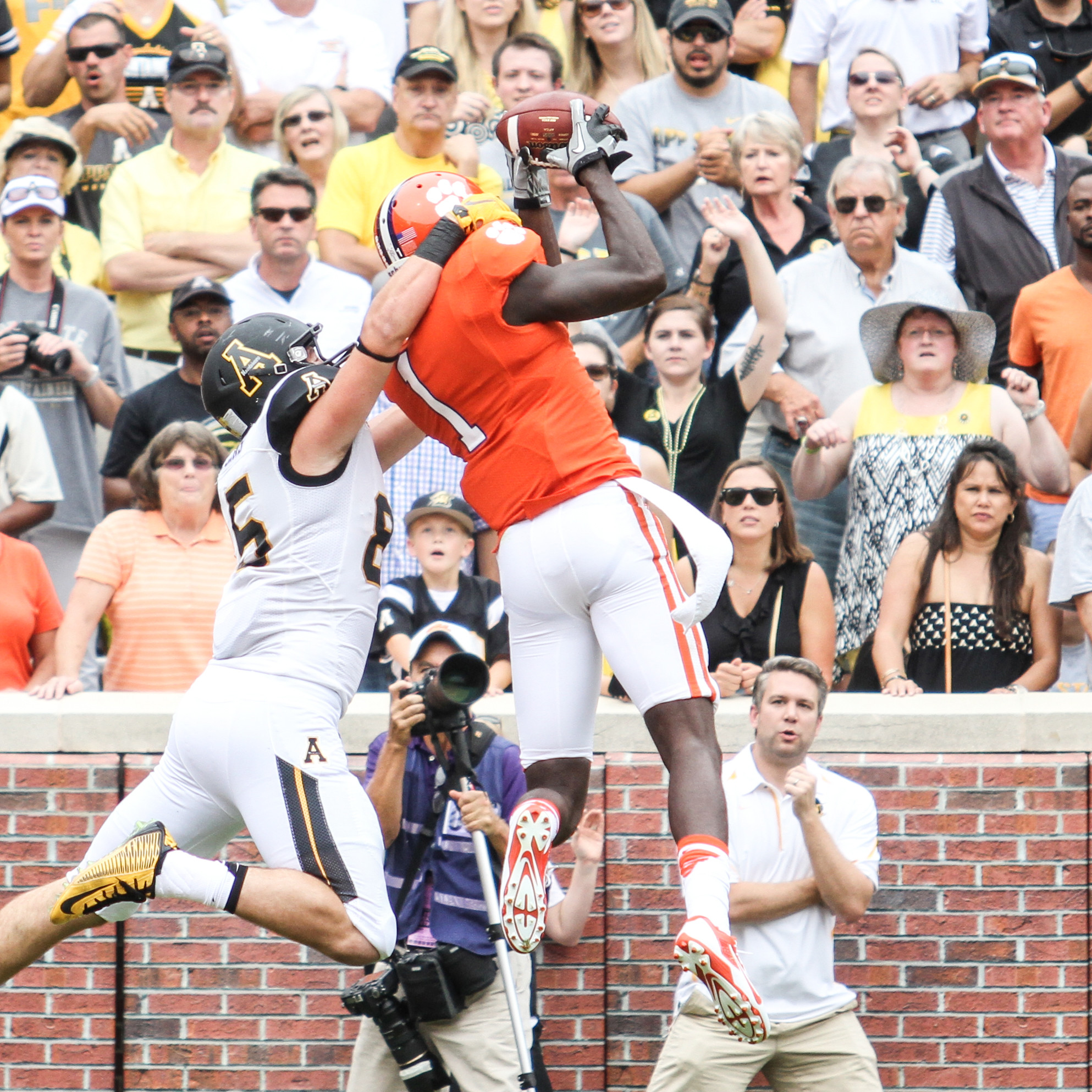 CLEMSON — Following a 41-10 victory over Appalachian State this past Saturday, the Tigers face a quick turnaround, heading to Louisville for their ACC opener on Thursday. Having such a short week had the team back at practice just over 26 hours after the game against the Mountaineers. Offensive lineman Eric Mac Lain was proud of the way his teammates responded to practicing on a Sunday.

“At first, I thought that because we played a game the day before that a lot of guys would be tired and maybe even a little bit lazy out there, but guys were high energy and flying around,” he said. “It was exciting to see a young team respond to having practice the next day. Guys really took care of their bodies. After the game, people were in the cold tub, stretching, and getting their massages on Sunday, so they were ready to go. I was very impressed with that.”

Co-Offensive Coordinator Tony Elliott talked about the pressures of coaching through such a fast turnaround.

“You get no sleep and are basically running on fumes,” he said. “(When you’re) losing essentially one and a half practices, you have to figure out a way to get the entire practice plan done. You need time to cover every possible situation and prepare for what you see, and also prepare for what you don’t see.”

Despite losing several veteran players who were accustomed to playing big games on the road, first-time starter Kevin Dodd is ready to take it to the next level.

“I feel like it’s going to be tough since it is my first away game start, but I am up for the task, and I know my team is,” Dodd said. “We’ve prepared and we are going to get as much film as we can from now until Thursday.

“Any player that wants to be great is going to have butterflies and be nervous a little bit, because you want to be great and you’re on a national stage. I’m going to be focused and tackle the task at hand.”

During last season’s thrilling 23-17 win over Louisville in Clemson, safety Jayron Kearse made a game-saving tackle on the Cardinals’ final drive.

“We know this is a big stage for us to be out there for Thursday night football, everybody is going to be watching us,” he said. “I’m expecting all of the guys to gel together in all three phases of the game — offense, defense and special teams. We went through a short week of preparation, but I think it’s coming together because we know that we have to go out and give our all Thursday night.”

The Tigers look to continue their strong start to the season Thursday at Louisville. The game will be televised on ESPN, with kickoff set for 7:30 p.m.