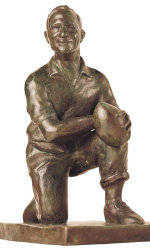 Tickets Available for Bobby Dodd Coach of the Year Banquet

CLEMSON, SC – Clemson Head Coach Dabo Swinney will receive the 2011 Bobby Dodd National Coach of the Year Award during a dinner and awards presentation at Littlejohn Coliseum on Saturday, March 31, 2012.

The Bobby Dodd Coach of the Year Award is annually presented to the Football Subdivision head coach whose team excels on the field, in the classroom and in the community. The award is named for Bobby Dodd, the longtime head coach at Georgia Tech.

This season Swinney coached Clemson to its first ACC Championship in 20 years, its first 10-win season in 21 years, and its first bid to the Orange Bowl since 1981.

The Tigers had four wins over top 25 teams this year, a school record for one season and tied for second most in the nation in 2011. The list of wins over ranked teams included the 38-10 win over the third ranked Virginia Tech in the ACC Championship game on December 3. That victory tied for the highest ranked team Clemson has defeated in its history.

A limited number of tickets for the dinner and award presentation are available for purchase at $50 per person through clemsontigers.com or through the Clemson Ticket Office at 1-800-CLEMSON or 864-656-2118. To order the tickets on line go to ClemsonTigers.com, and go to “Buy Tickets Online.” Click on “Promotions” and enter code: coachdabo.