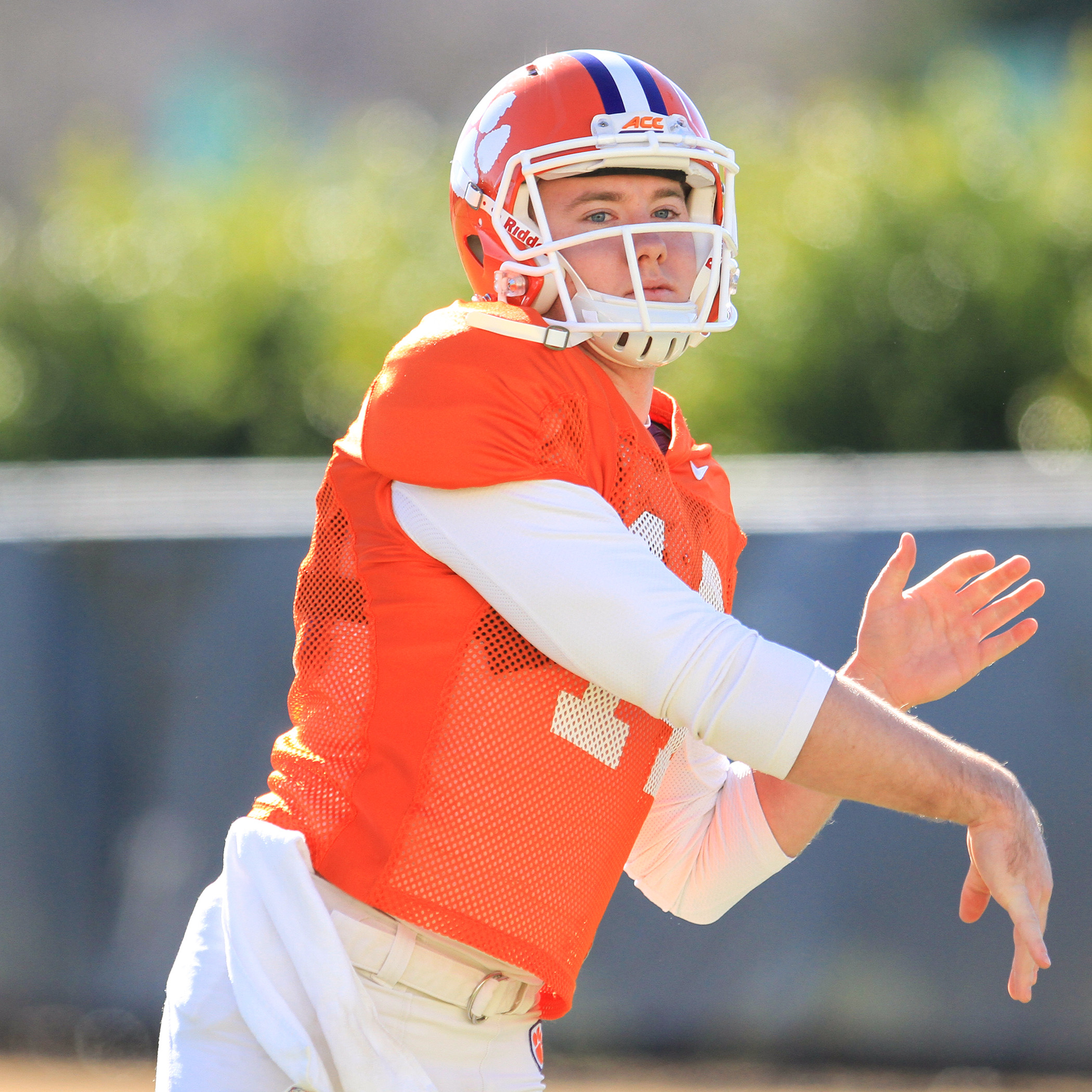 CLEMSON, S.C. – The Tigers held their final on-campus, full-pads practice Thursday afternoon. Clemson is preparing for the Russell Athletic Bowl against No. 24 Oklahoma on December 29. The Tigers have their final practice, in shoulder pads and helmets, Friday afternoon. It will be similar to a Thursday, game-week practice.

Dabo Swinney’s team was a bit shorthanded on Thursday because 14 members of the 2014 roster were receiving diplomas at graduation ceremonies in Littlejohn Coliseum. But that also meant there was an opportunity for some younger players.

“This was a day for some of the younger guys to step up,” said Head Coach Dabo Swinney, who will coach in his seventh bowl game at the helm of the Tiger program. “Grady Jarrett was graduating, so Scott Pagano stepped up and had a great day. Performances like that allow me to sleep better at night.”

Swinney was pleased with the performance of his young players overall this week.

One of the players who stood out in the scrimmage was wide receiver Seth Ryan, son of New York Jets Head Coach Rex Ryan. Ryan had two receptions, including one on a 35-yard touchdown catch in the corner of the endzone.

Swinney said his team is in good shape physically after the six days of work. He added that tight end Jordan Leggett missed the last couple of days with a knee injury, but he hopes to get Leggett back when the Tigers start practice in Florida on December 24.