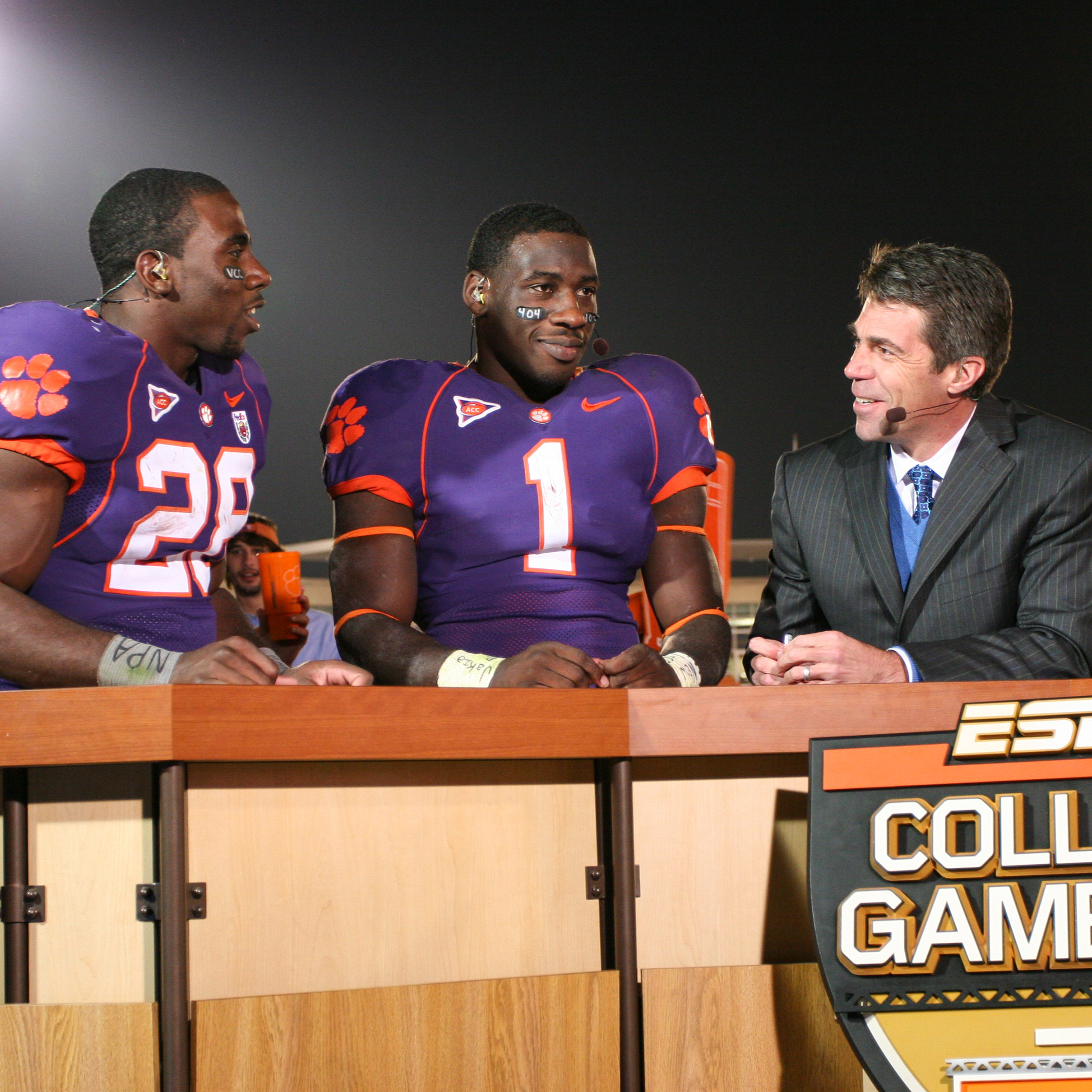 Editor’s note: This is the fifth in a series of the most memorable games in the history of Memorial Stadium, which is celebrating 75 years this season.

In our series on great games in the 75-year history of Memorial Stadium, we have written about thrilling contests that came down to the last possession and landmark wins in school history. This game’s installment describes one of the most dominant performances against a quality opponent.

Clemson was 6-1 and ranked No. 12 in the country entering its game against a 5-1 Georgia Tech team that was ranked No. 13 in the nation. It was the top game in college football that Oct. 21, and the matchup attracted ESPN College GameDay for the first time to campus.

The program was broadcast from Bowman Field, and it proved to be one of the most festive in the history of the program because it was also Homecoming and the addition of the floats and perfect fall weather made for a show Kirk Herbstreit and Chris Fowler talked about the rest of the season.

This was the first matchup of top-15 teams in Memorial Stadium since 1992, and the two teams had played games decided by five points or less nine times in the previous 10 years.

Tiger fans remember the dynamic running duo of James Davis and C.J. Spiller. They were known as “Thunder & Lightning” because of their respective running styles. The nickname was given to them during this game by ABC commentator Todd Blackledge, who was on the broadcast with Mike Patrick.

Clemson wore all-purple uniforms for the first time, and it added to the frenzy.

At halftime, Clemson fans might not have thought this would be a game that brought great memories for years to come. On the third play of the game, offensive lineman Roman Fry, one of the team leaders, suffered a torn ACL, ending his career. The Tigers had a 7-0 lead at halftime thanks to a Davis touchdown run of two yards that was set up by his 53-yard run during the drive.

Clemson’s defense was outstanding in the first half, as Antonio Clay, Chris Clemons and Nick Watkins repeatedly stopped the Yellow Jacket rushing game, and safety Michael Hamlin covered All-America wide receiver Calvin Johnson like a glove. Johnson finished the game without a catch for the only time in his college career. It was also the first time Clemson had shut out Georgia Tech in the first half since 1987.

Georgia Tech finally scored at the 13:31 mark of the fourth quarter on a 35-yard pass from Reggie Ball.

But Clemson answered thanks to one of the great highlight plays in school history. On third-and-four from midfield, Spiller took a pass from Will Proctor on the sideline. He eluded two defenders, who could not lay a hand on him, and sprinted 50 yards for a score. Spiller became the first Tiger in history (and still only) to score on a 50-yard run and 50-yard reception in the same game.

Davis supplied the final score on a five-yard run shortly after he had another 54-yard run to set up the score. Clemson had a 31-7 lead with seven minutes left, and that proved to be the final score.

The Tigers finished the game with 38 carries for 321 yards, an incredible 8.4 yards per carry. Davis finished with 21 carries for a career-high 216 yards.

Looking back, it was not surprising that he had his career high against a team from his hometown of Atlanta, Ga. Spiller added 16 carries for 116 yards and two touchdowns. It was the first time, and still only time, Clemson had a 200-yard rusher and 100-yard rusher in the same game.

My most memorable event of the night took place after the game. ESPN did a postgame show from the top of the stands near the Hill. ESPN wanted to interview Davis and Spiller on set, so after the game, with the help of security, we walked through the crowd up the stairs.

I will never forget that walk and the exuberance of the fans as we passed through the crowd. At one point, I told Spiller, “take this in…you will remember this the rest of your life.”