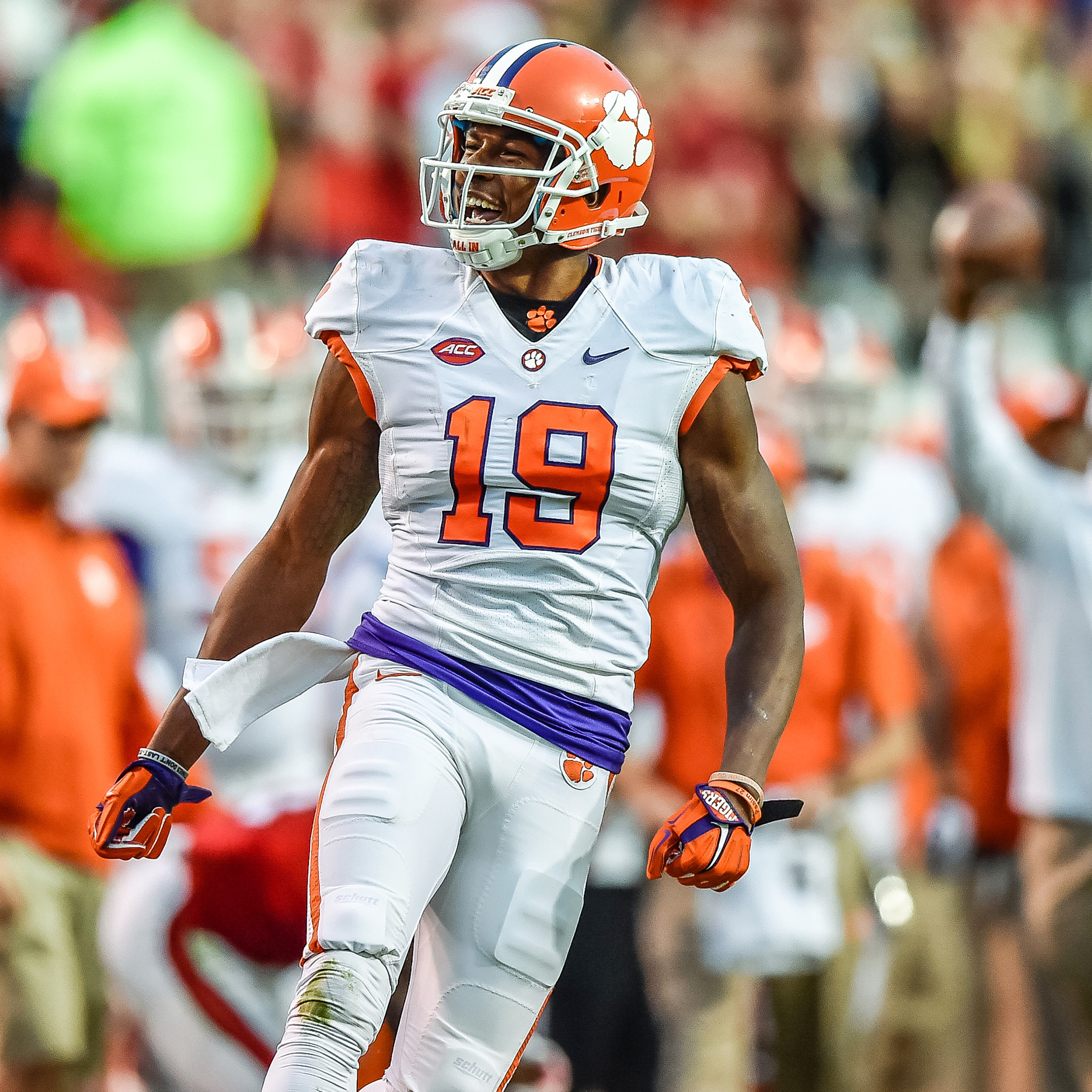 The fifth-year player who already has his Clemson degree has been plagued by knee injuries during his time as a Tiger, but he has never let the adversity he has faced define him or cause him to give up on his football dreams. It seems Lombardi and Peake share a similar mindset.

“I chose Clemson because they were one of the first teams to recruit me,” explained Peake. “I fell in love with Clemson, especially the coaches and family atmosphere.”

Not only was a lot expected out of Peake during his freshman season, he expected a lot out of himself. However, he was part of a receiving corps that featured five future NFL players, Jaron Brown, Martavis Bryant, DeAndre Hopkins, Adam Humphries and Sammy Watkins. Therefore, Peake spent most of his freshman season playing behind his talented teammates.

“Freshman year definitely didn’t go as I expected,” admitted Peake. “I was behind some great guys, but they helped me grow as a player.”

Instead of seeing his lack of playing time as a setback, Peake decided to make the best of the situation and learn from the players in front of him. Along the way, he was a part of Clemson’s first ACC championship team in 20 years. He played 17 snaps and had a 17-yard reception in the title game victory over No. 3 Virginia Tech.

His desire to learn paid off. Peake’s play improved dramatically from his freshman to his sophomore year. After recording four receptions in 2011, Peake totaled 25 receptions for 172 yards and two touchdowns in 2012. He had more catches than Bryant and Brown, both of whom are currently on NFL rosters.

“I definitely made a big improvement from my freshman to my sophomore year,” said #19.

Peake’s perseverance during his freshman season paid off and came to fruition in his sophomore campaign. He also cited playing behind Hopkins as one of the main reasons he was able to make great strides on the gridiron.

“I was behind ‘Nuk’ that year, so I learned a lot from him. He was a technician who attacked each ball. I tried to watch and pick up things from him.”

As the 2013 football season began, Peake was poised to have a breakout season and become one of the Tigers’ go-to receivers. He started the opener against No. 5 Georgia and had a team-high five receptions for 58 yards. He had a huge catch on what proved to be the winning touchdown drive.

The next week, he had a touchdown reception in a win over SC State. Heading into the third game of the season, Peake was just one reception behind Sammy Watkins for the team lead (9-8), and both had a receiving touchdown.

But during practice on September 10, he suffered the first of several knee injuries. He tore his ACL and was lost for the season.

“When I first heard I tore it, I started crying,” recalled Peake. “I couldn’t control it. I cried for about 10 minutes straight talking to coach Swinney. I was trying to figure out, ‘why me?’”

As a student-athlete, Peake knew the severity of an ACL tear and that most players are never the same after suffering such a devastating injury. However, Peake had no choice but to turn his setback into something positive, just as he had done with his lack of playing time during his freshman season.

“I hit my rehab pretty hard and my teammates brought me up and helped me make the best of it.”

Peake’s time on the sidelines gave him a greater appreciation for the game and opportunity he had playing football at Clemson.

“I got the chance to watch the guys prepare and I developed an appreciation for the work they put in. I came to realize the privilege it was to be here.”

Peake was back in the starting lineup at the beginning of the 2014 season and had two touchdown catches, including the first scoring pass of Deshaun Watson’s career.

However, knee issues lingered to the point where Peake needed surgery in the middle of the 2014 season. He missed six games and had just two receptions the rest of the regular season. But he did have a strong performance with two catches for 40 yards in the Russell Athletic Bowl win over Oklahoma.

Following the 2014 season, Peake found himself back in the weight room and on the practice field, trying once again to get himself back to 100 percent, both physically and mentally.

“I was wondering if I was going to be one of those guys who had to give it up because of knee trouble. When I got back out there played again, my confidence grew. I realized I could still play.”

Peake has gotten off to a solid start in 2015. He has started all eight games, is third on the team in receptions (19) and has three touchdowns. He had four receptions for a career-high 86 yards and a career-high two touchdowns in the win over Appalachian State. He added a team-high five catches for 44 yards in the 58-0 win at Miami (Fla.).

During his Tiger football career, he has faced injuries and adversity, but no one has ever questioned his commitment to the program, the university and his football dreams. Circumstances that would have caused most to quit have only made him stronger, hungrier and more appreciative of his opportunities.

“I want to be remembered as a guy who never gave up,” he said. “With all my injuries, most guys would hang it up, but I don’t want to give up on my dream of playing football. My parents and brother played a big role in my comeback thanks to their support and always being there for me.”

Peake’s football aspirations and accomplishments may have brought him to Clemson, but his most important accomplishment to date occurred on Dec. 18, 2014, when he graduated from Clemson with a degree in PRTM.

In the classroom, on the field and in life, there is one thing you can always expect from Charone Peake. He will never give up.