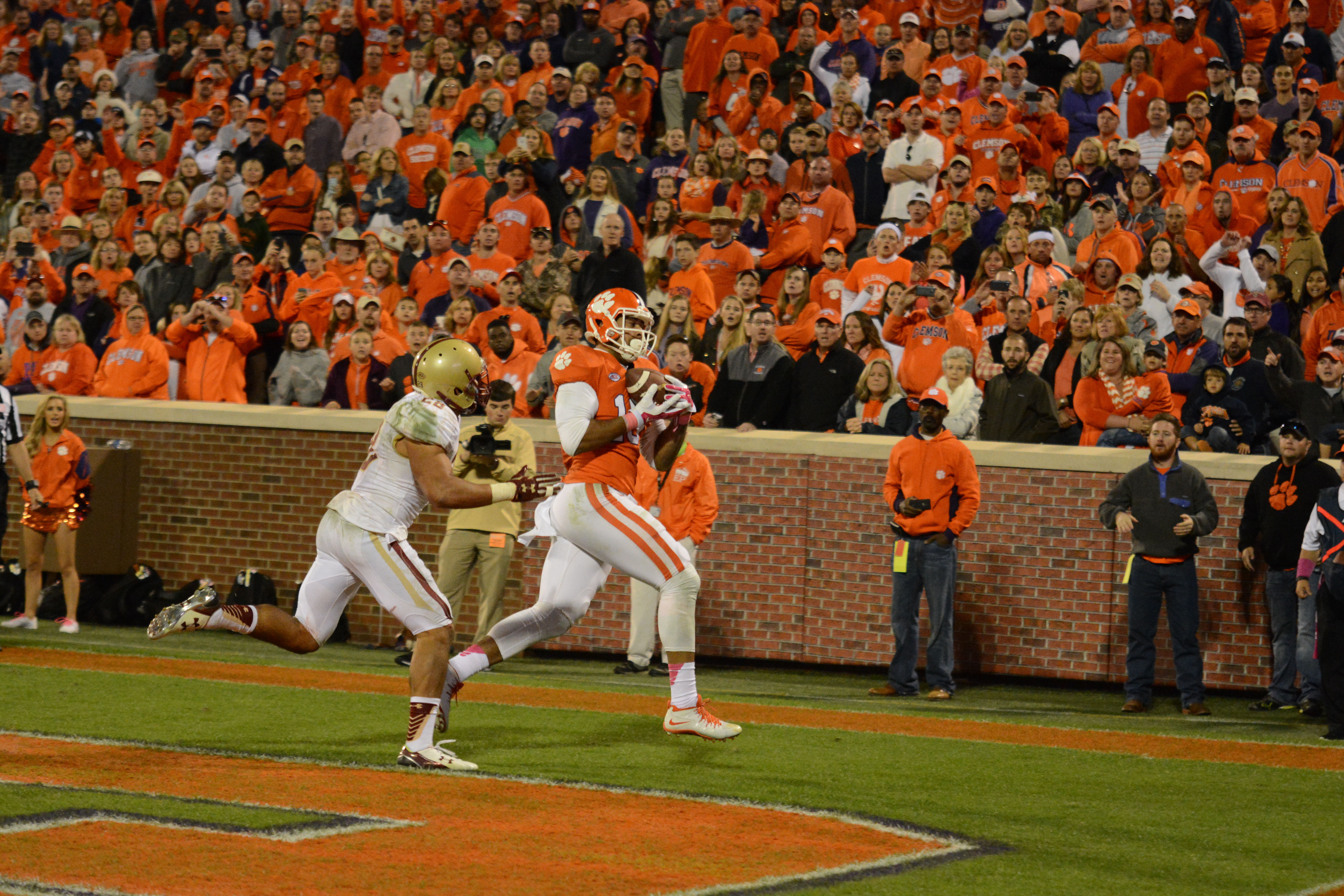 Clemson, S.C.—Clemson offensive players quarterback Deshaun Watson, running back Wayne Gallman and tight end Jordan Leggett have all been named to the Watch List for the 2016 Walter Camp Foundation Player of the Year.  The award is selected by the 128 FBS Head Football Coaches  and the 128 FBS Sports Information Directors from around the nation.

Clemson is the only school with three candidates on the Watch List that lists 40 players from 31 schools.   Florida State, Michigan, Northwestern, Oklahoma, and Texas A&M had two apiece.

The winner will be announced on December 8. The winner will receive his trophy at the Foundation’s 50th annual national awards banquet at the Yale University Commons in New Haven, Conn on January 14, 2017.

Watson led Clemson to the National Championship game last year when he threw for over 4,000 yards and ran for over 1100, the first FBS quarterback to reach those levels in history.  He accounted for 47 touchdowns, 35 passing and 12 rushing and  was the ACC Player of the Year and the MVP of the ACC Championship game as well.

Gallman ran for a Clemson record 1527 yards and 13 touchdowns a year ago when he had a Clemson record nine 100-yard rushing games.  Leggett was a second-team Walter Camp All-American last year when he was a finalist for the John Mackey Award.