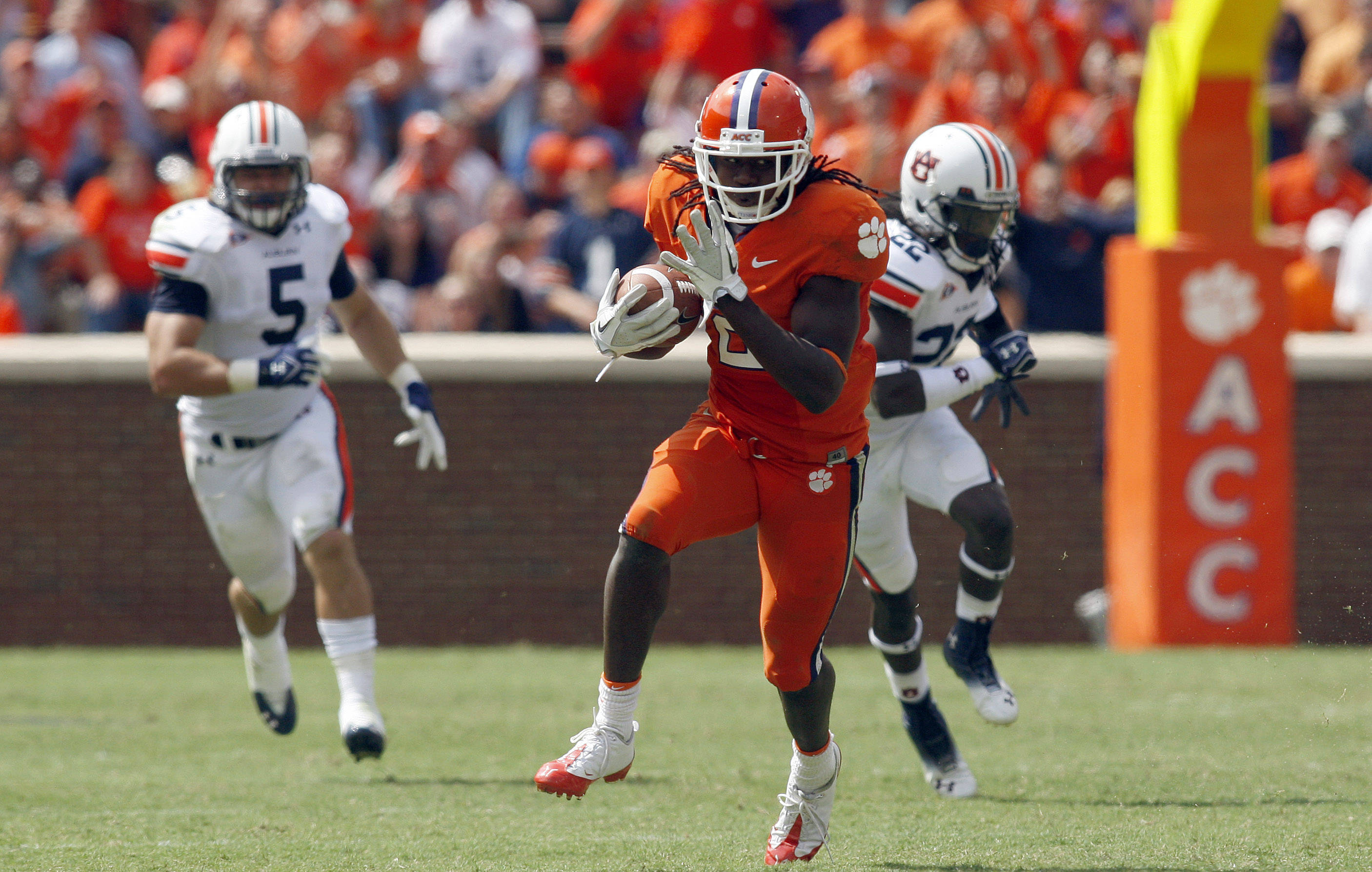 CLEMSON, SC – Senior running back Andre Ellington, junior quarterback Tajh Boyd and sophomore wide receiver Sammy Watkins are all on the preseason Watch List for the 2012 Maxwell Award. The award is presented each year to the top player in college football.

Only Southern California had more players than Clemson on the list with four. Clemson, Arkansas and Oklahoma were the only schools with three representatives.

Ellington was a second-team All-ACC running back last year when he gained 1,178 yards in 13 games. He leads all active ACC players in career rushing yards with 2355. He added 11 touchdowns rushing last year and has 25 for his career.

Boyd was a first-team All-ACC quarterback last year and set an ACC record for touchdown responsibility last year with 33 passing and five rushing for 38 total. He threw for a school record 3828 yards and had 4046 yards of total offense. He threw for at least 200 yards in 13 of the 14 games a year ago and was named the MVP of the ACC Championship game against Virginia Tech.

Watkins was the National Freshman of the Year by a variety of sources last season when he caught 82 passes for 1219 yards and 12 scores. He gained 2288 all-purpose yards in 2011, second most in Clemson history. He was named a first-team AP All-American as an all-purpose player, just the fourth AP true freshman to make first team All-ACC.