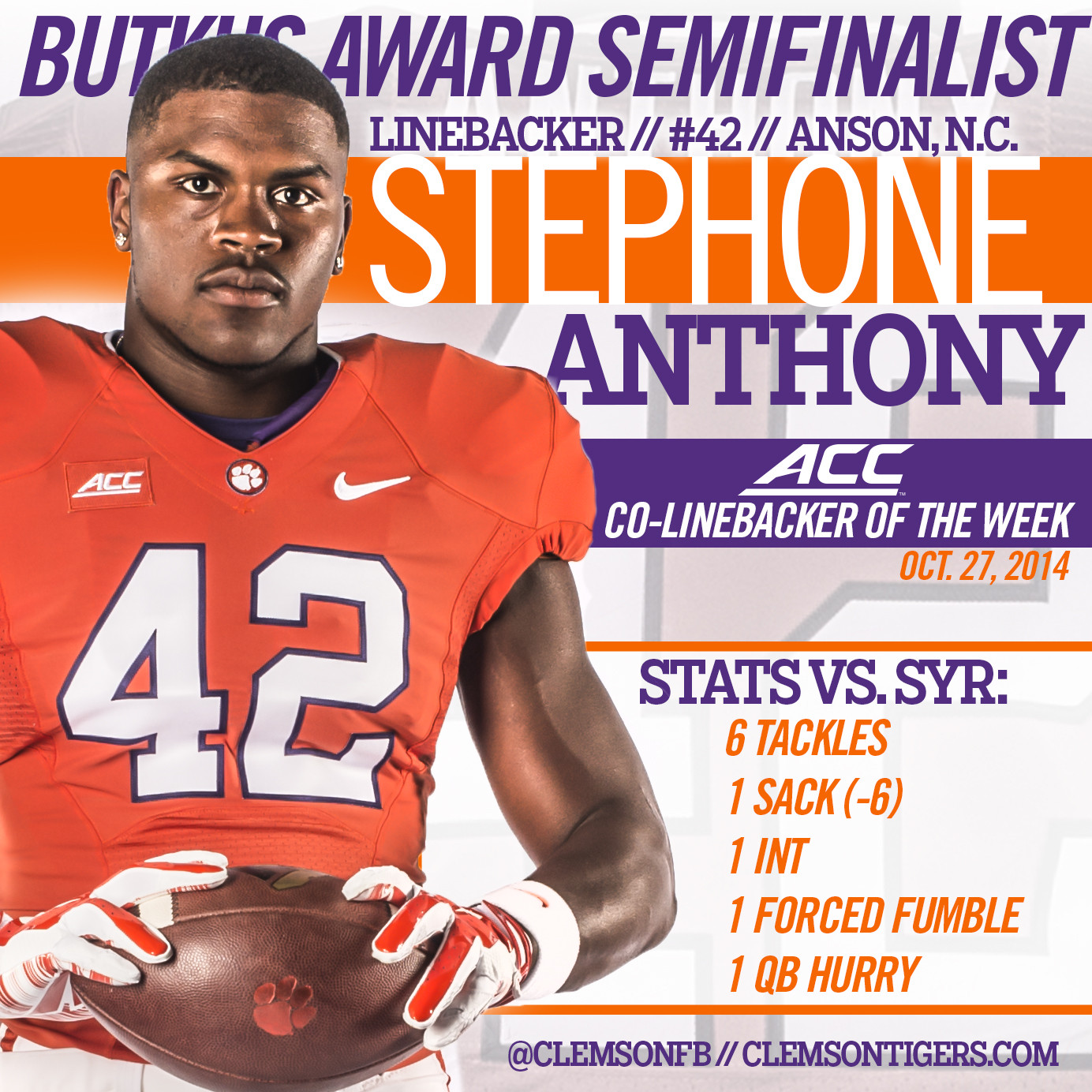 CLEMSON, S.C. — Stephone Anthony, Ammon Lakip and Wayne Gallman were all honored with Player of the Week selections by the Atlantic Coast Sports Media Association on Monday. Anthony was named Co-Linebacker of the Week, Lakip was named Specialist of the Week and Gallman was named Rookie of the Week.

Anthony, Clemson’s top tackler for the season with 58 stops, had six tackles, an interception, a caused fumble and a sack to lead the Tiger defense in a 16-6 win over Syracuse. He was a major reason Clemson held Syracuse without a touchdown and limited the Orange offense to just 170 yards of total offense, including only 16 passing yards in the second half.

Lakip booted three field goals and scored 10 of Clemson’s 16 points. He made attempts from 38, 18 and 41 yards to give the Tigers a 9-6 lead entering the fourth quarter. The junior has now made 13 of 14 field goals in Memorial Stadium and is 15-19 overall.

Gallman became the first Tiger running back to gain at least 100 yards in a game this year. The freshman from Loganville, Ga., had 28 carries for 101 yards and also had two receptions for 12 yards. His 113 yards from scrimmage led the Clemson attack. He had nine carries on the Tigers’ 8:17 final drive that put the game away.