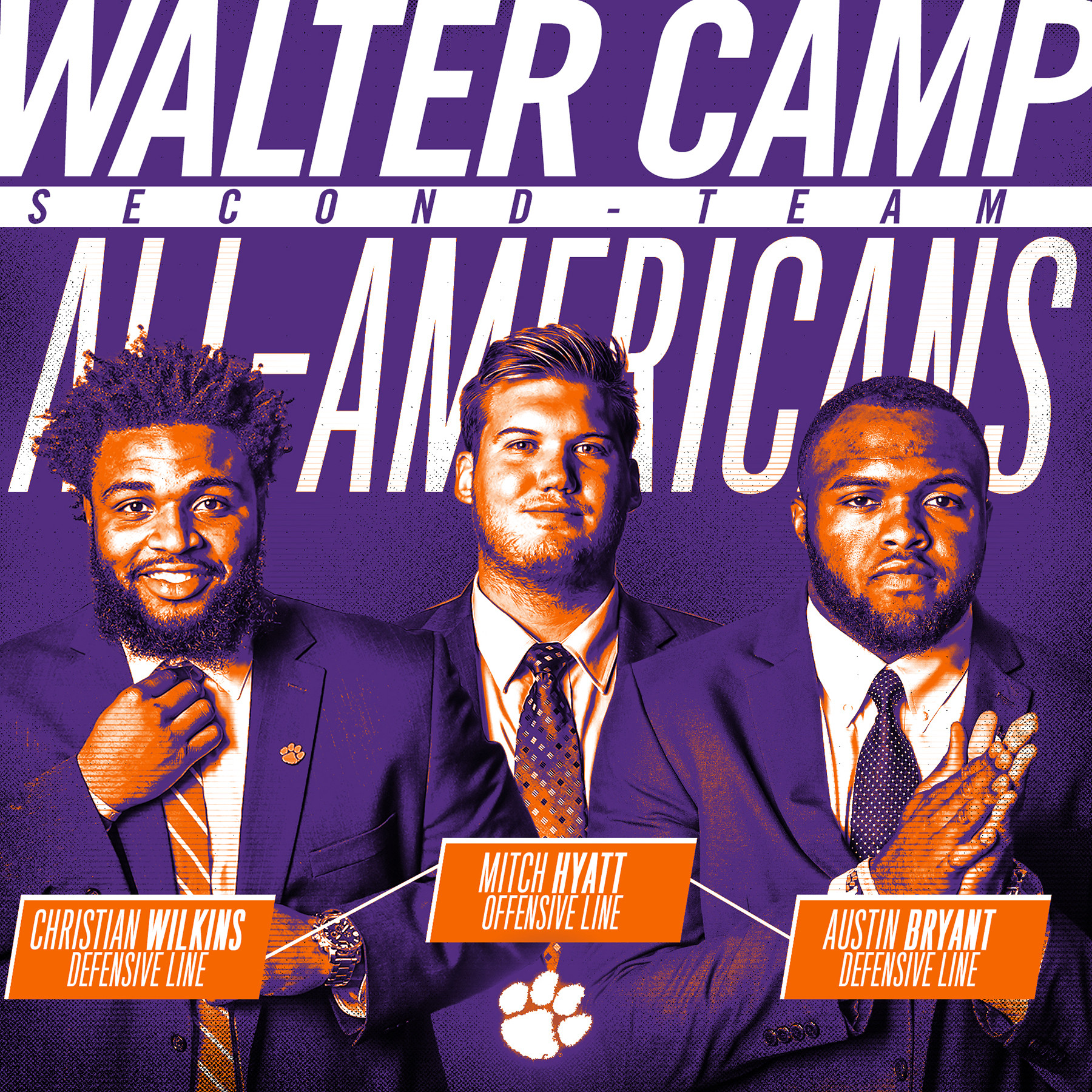 Bryant and Wilkins are big reasons Clemson is in the top 10 in the nation in many defensive statistical categories. Bryant has 54 tackles, 14.5 tackles for loss, 7.5 sacks, two pass breakups, 10 quarterback pressures and an interception in 609 snaps over 13 starts. Wilkins has 47 tackles, 8.5 tackles for loss, 4.5 sacks, four pass breakups and 10 quarterback pressures in 602 snaps over 13 contests. It marked the second-consecutive year Wilkins was named to the Walter Camp All-America team.

Hyatt has totaled 28 knockdowns in 772 snaps over 12 starts this season and has started 41 of his 42 games in his three-year career. He has played an important role in Clemson averaging 35.4 points per game and 448.2 yards per game in 2017, including over 200 yards per game rushing and passing.