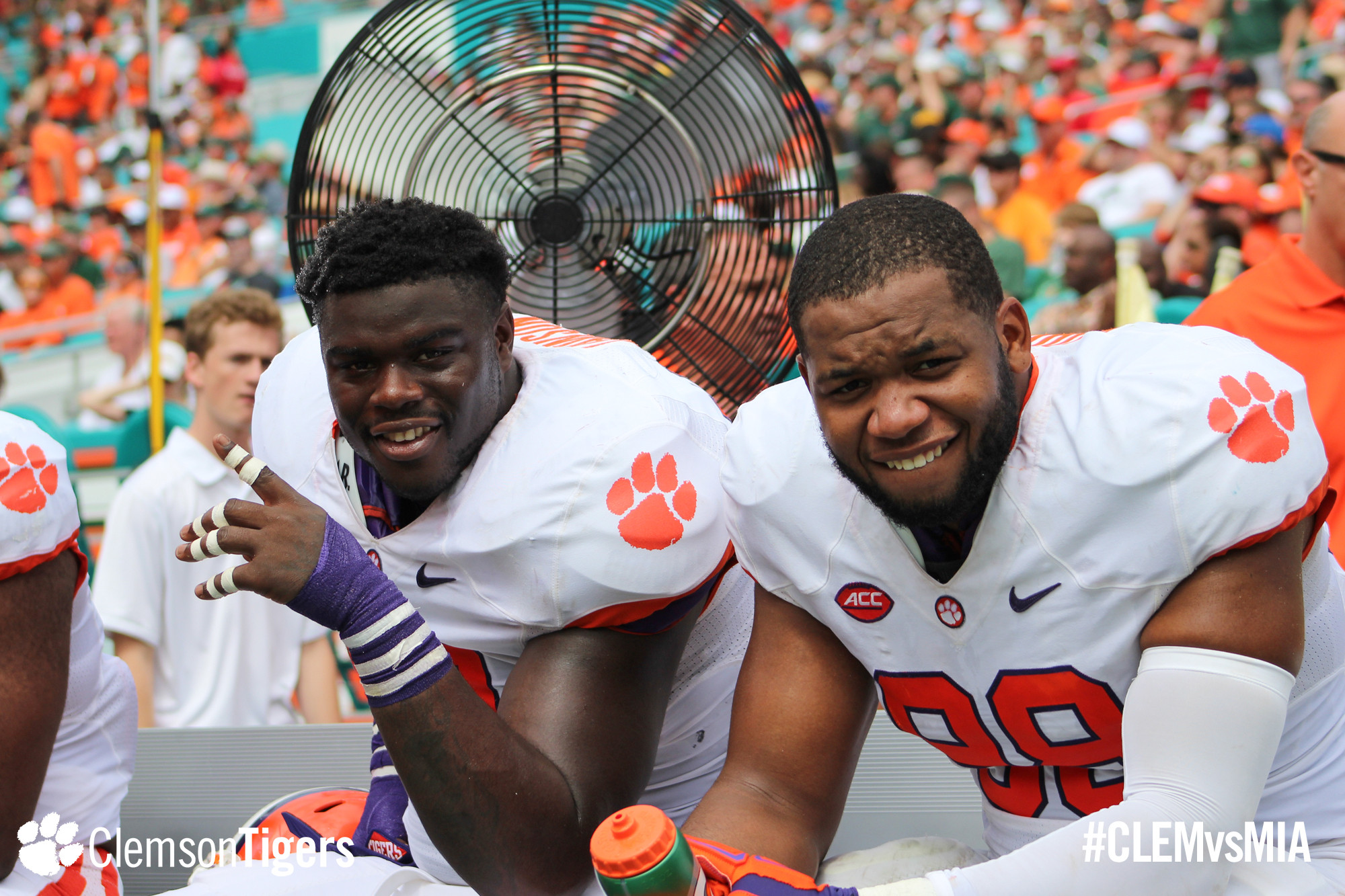 Clemson, S.C.—Three more members of Clemson’s 10th ranked defense were selected in the second round of the NFL draft on Friday evening.  Kevin Dodd, MacKensie Alexander and T.J. Green were all selected, giving Clemson four drafted players within the first two rounds, all defensive players.   It is the first time Clemson has had four players taken within the first 60 selections.

Dodd ranked second in the nation in total tackles for loss with 22.5 in 2015, and he had 12 sacks overall. Dodd came on strong in the College Football Playoffs when he had eight tackles for loss in games against Oklahoma and Alabama.  His five tackles for loss were a Clemson record for a bowl game.  Dodd made an incredible improvement in 2015 after playing jus 92 snaps from scrimmage in 2014.

Green, who started his career as a wide receiver,  was the second round selection of the Indianapolis Colts, the 57th selection of the entire draft.  Green was third on the Clemson team in tackles according to the coaches film evaluation with 130.  His draft stock rose after the NFL combine when he ran a 4.32 in the 40, the fastest time for a safety on record.     Green is the first Clemson player drafted by the Colts since 2012 when they selected Dwayne Allen with the 64th selection of the draft.

With the selection of Green and Alexander on Friday night, Clemson has now had 10 defensive tackles selected over the last eight years.

The NFL draft concludes from Chicago on Saturday afternoon.