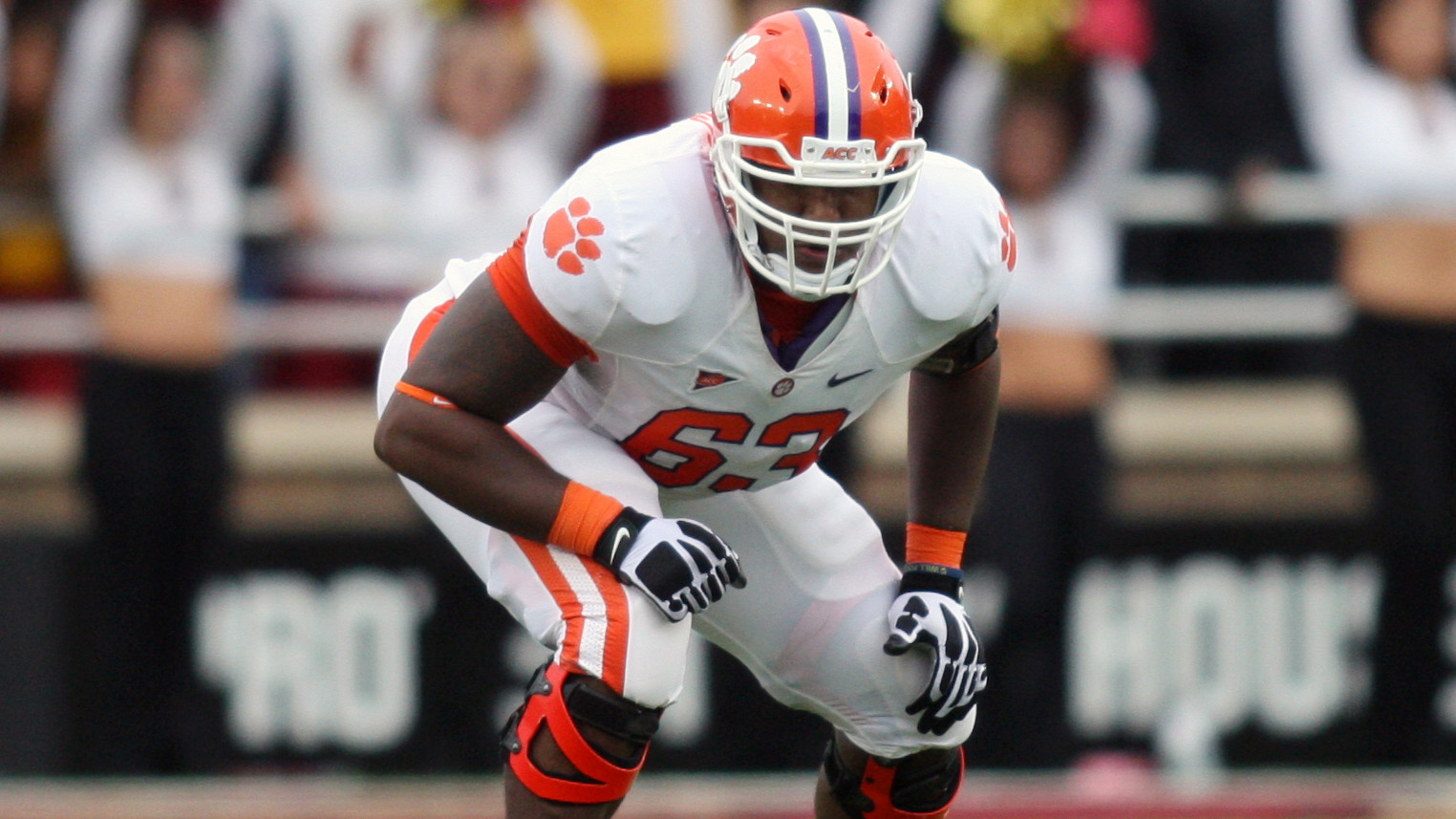 CLEMSON, SC – Clemson All-ACC offensive tackle Brandon Thomas has been named to the Preseason Watch List for the Outland Trophy, the award present each year to the best lineman in college football.

Thomas is one of 11 ACC players (offensive linemen or defensive linemen considered) on the list, one of four offensive tackles.  The others are Cameron Ervin of Florida State, James Hurst of North Carolina and Morgan Moses of Virginia.

Thomas has been a guard and a tackle over his three previous seasons at Clemson.  The native of Spartanburg, SC and Dorman High is a veteran of 36 games, 23 as a starter, and has played over 1900 career plays.

Last year he was named a first-team All-ACC offensive tackle by the ACC Media Association.  He played a team high 987 snaps  over 13 games, all starts.  He was a big reason Clemson finished with an 11-2 record and a number-nine final national ranking by USA Today.  The Tigers established 101 team and individual records last year.  That includes a record 41 points an 512 yards of total offense per game.

Thomas, who already has his undergraduate degree in secondary education, is one of just two Clemson underclassmen to earn first-team All-ACC honors at offensive tackle since 1997.  The other is Barry Richardson, who just finished his fifth year in the NFL.