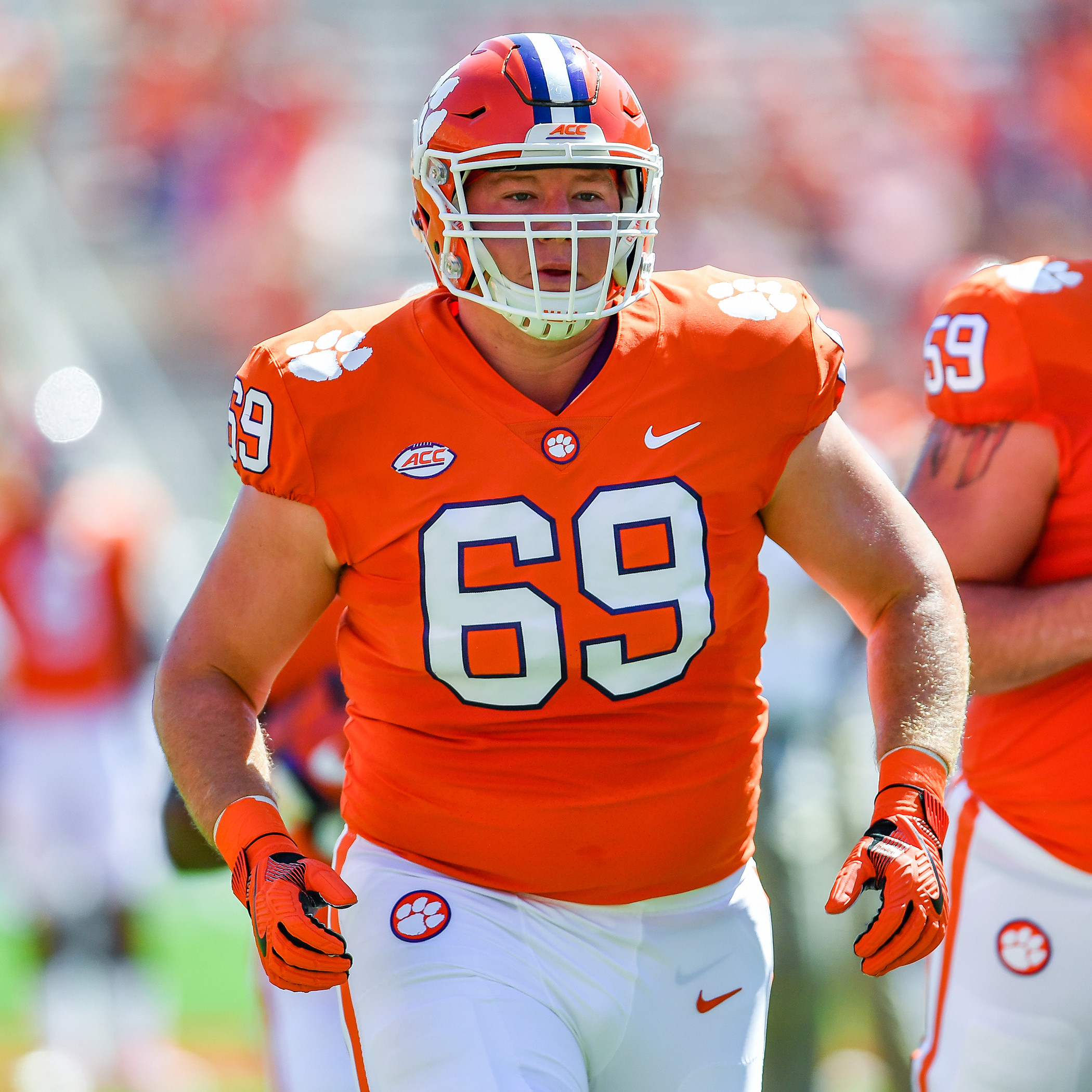 It seems that through sports and life in general, those three words can follow people any and everywhere. It is a term that has regained quite a bit of renown these days in the world of sports, but those words are ones many live by on a regular basis.

For graduate Maverick Morris, trusting the process has aided him in becoming a trusted part of Clemson’s offensive line during his playing career.

Of course, it didn’t all start out quickly for Morris, who came in under the radar not knowing where his journey would take him. Morris still remembers how he didn’t feel quite as confident in himself as he stepped on campus his first year and that he wasn’t quite ready to handle the rigors of college football right away.

“When I first got here my freshman year, I know I was fat, slow and weak,” admitted #69, who graduated with a degree in PRTM. “I felt like I wasn’t very good or wasn’t going to have this kind of role here. But I kept pushing through and grinding, and here I am.”

Of course, getting to where he is now was a growing process for a player who has been an essential part of Clemson’s offensive line.

In 2016, he played 310 snaps and played all 15 games on the national championship team. He is approaching 1,000 career offensive snaps for a program that has ranked in the top 10 in the nation entering just about every game he has played.

Morris is the ultimate “putty guy” who is capable of playing anywhere on the offensive line, a valuable asset for Robbie Caldwell’s group.

“Maverick is so valuable because of his versatility and his knowledge,” said head coach Dabo Swinney. “He is one of those guys who is not listed on the depth chart as a starter, but he gets starter snaps.”

Originally recruited as an offensive tackle out of Coffee High School near his hometown of Broxton, Ga., Morris entered Clemson and spent his redshirt year on the scout team learning the position. It wasn’t long before coaches began cross-training Morris, opting to move him inside to learn the guard position. Before he knew it, Morris began to excel there, carving out a niché as a guy who could play more than one position along the line.

“The guard position came a lot more naturally to me and it was easier to learn than tackle at the beginning,” said Morris. “And so, now learning how to play at the guard position has made playing tackle a lot easier, and I believe I can go in on either side and be successful.”

Cross-training at two positions is no easy task for offensive linemen given the different techniques that go into learning them. As he spent more time at guard, Morris learned from former teammate Tyler Shatley, who converted from the defensive line to the offensive line.

Morris, who was a freshman during Shatley’s senior year and had a locker right next to him, recalled how he had multiple position changes during his tenure at Clemson. Shatley, now a starting offensive lineman for the Jacksonville Jaguars, is still remembered quite well by Morris.

“I’ve always looked up to Shatley. He even has my number now in the NFL.”

As he plays his final season, Morris has been contemplating what life after Clemson football will look like. At first, Morris thought he wanted to go into the pharmacy field, but he soon realized he preferred a different path.

His experiences through the last four years have helped lead him to have an impact on others in a way that he is quite familiar with.

“As I went through Clemson doing the kids camps and spending more time with coach Caldwell, that’s when I realized I wanted to become a coach. With my time around football, I wanted to use the knowledge I’ve gained and help someone else.

“I had a handful of coaches throughout my high school career that inspired me, which is what I want to do now. I want to have the same kind of impact in the same way they did on me.”

Morris also gave plenty of credit to Caldwell, who has been instrumental in his development as a lineman and in teaching him to never settle for anything less than his best.

“Coach Caldwell is an old-school, no-nonsense guy. He’ll laugh and joke with you when we’re outside of football, but when it’s time to get serious, he’s a perfectionist. He coaches to perfection, so even though something might be a great job, there’s always something you can improve upon.”

Every year, there are talented players coming to Clemson, hoping to make an impact in some way, shape or form. Morris, who did not enter Clemson with the same amount of fanfare or accolades, got to where he is through hard work, study and patience while doing what he could to learn multiple positions on the line.

Trusting the process has been something that Morris has honed from the time he first stepped on campus as a soft-spoken freshman. Now a steadfast, versatile guard with the ability to play multiple positions on both sides of the offensive line, Morris knows that no matter what path he chooses, he’ll be able to master whatever comes his way.